How Putin managed to resurrect NATO 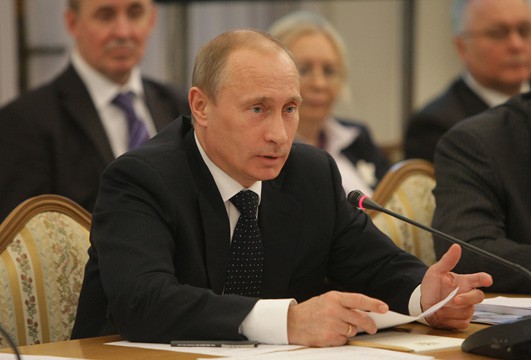 A little over two years ago, Nato, the great military alliance of the West born in 1949, was “brain dead”. This was the diagnosis given to journalists at The Economist on 7 November 2019 by the head of the North Atlantic Treaty Organisation’s second largest military power.

Emmanuel Macron did not lack arguments, fuelled by realities, to support his judgement. Without the slightest consultation with their French and British allies on the ground, the Americans had just withdrawn from Kurdish areas of northeastern Syria paving the way for an offensive by Turkey of the Muslim brother Erdogan.

This was all the more shocking because Kurdish autonomists – progressives who have un-veiled women in their army – had just done the bulk of the West’s work against the Islamic State.

Three significant events had subsequently confirmed the French president’s diagnosis. In June 2020, a Turkish frigate accompanying a cargo ship full of weapons to Libya “lit up” a French frigate enforcing the UN arms embargo off the coast of Misrata with its fire radar.

This modern form of warning shot was all the more disturbing as it came from a Nato member power, and therefore theoretically an ally of France. Of the 27 members of the European Union (most of whom are members of Nato), only seven supported Paris. Unable to support democratic Greece, the Atlantic Alliance stood idly by in the face of Turkey’s illegal expansionism in the eastern Mediterranean.

In August 2021, Joe Biden’s America orchestrated a hasty military withdrawal from Afghanistan, in order to return it to the Taliban, whom it had come to dislodge twenty years earlier. The Americans did not consider it useful to consult Great Britain, France and Germany, countries they had greatly solicited for their NATO operation of “reconstruction, democratisation and development”, initiated by them at the Bonn conference in December 2001.

America would lead this NATO intervention from 2002 to 2014, before replacing it with an exclusively American operation, called Resolute Support (sic).

In September 2021, the Americans and the British secretly negotiated a military treaty with Australia that rendered the Franco-Australian naval partnership null and void. Neither Washington nor London bothered to warn France, their Nato ally.

The organisation’s record over the past twenty years has not been brilliant. In Kosovo, it failed to prevent ethnic cleansing against the Serbs. It has allowed Albanian extremists to destroy more than 60 Orthodox churches and monasteries there. The country has become a crime hub. In Libya, its 2011 intervention created chaos that spread throughout the Sahel. President Obama has acknowledged that the US participation in this operation initiated by President Sarkozy was a mistake. In Afghanistan, despite its promises, NATO has not ‘democratised’ anything.

In short, NATO was truly moribund at the beginning of autumn 2021. But suddenly, in the most unexpected way, Vladimir Putin has come to resuscitate it.

By having more than a hundred thousand soldiers participate in military manoeuvres on Russia’s western borders, brandishing obscure “military-technical consequences” in case NATO decides to integrate Ukraine into its ranks, the master of the Kremlin has anchored the frightened European countries in the NATO fold. Sweden and Finland, two neutral countries, have said they will apply for NATO membership in the event of a Russian invasion of Ukraine.

A military organisation such as Nato survives much more by the desire of its members for it than by the economic record it can present. NATO has been misguided in its far-flung ‘humanitarian’ military expeditions and its indulgence of Erdogan. But Putin has unwittingly given new vigour to its original 1949 mission of defending European democratic countries from Moscow.

By using military pressure to present a reasonable demand (the halt of NATO’s eastern expansion) to the West, Putin has rendered it inadmissible. The Russian president likes judo. But here he has seriously tangled up his grips.

In the end, there will be only one winner in this whole affair. It is Xi Jinping’s China. It is delighted to see the West and the Russians at loggerheads for a long time, and therefore unable to unite to stop its hegemonic pretensions.