How I stopped worrying and learned to love Black Lives Matter 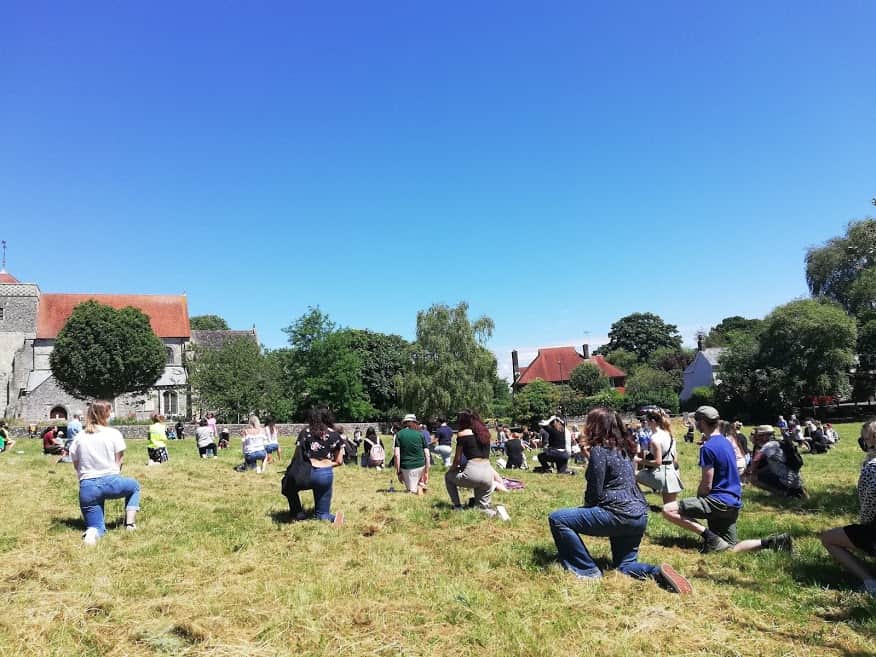 I was astonished to find that my small Sussex town in the South Downs held its very own Black Lives Matter demonstration, but perhaps even more so when my black neighbour refused to go on the grounds that she abhored violence.

But I went along anyway and found myself inspired. There were only a few black faces there but it was moving when one black teacher in the local school spoke,,,

“It doesn’t mean that no lives matter unless they are black,” she said. “All lives matter. it is just that, worldwide, there is a problem about black ones.”

I agree with that, and found myself moved all over again when we all bent the knee for 8 minutes 43 seconds – the time it took George Floyd to die in Minneapolis.

This was a bit of a change of heart in my case because most of me believes that the culture wars are a massive dead end, manipulated by people like Johnston and Farage to enrage middle England. My older relatives are already appalled at the ‘debate’ begun by local authorities about which statutes should be removed – people from Nelson and Peel to Gladstone, of all people.

When people start vowing to defend local statues, as they have done about Baden-Powell in Poole, you know both extremes are succeeding.

Among those elements not included in this disapproval is anyone who lived before 1700, and any hint of balancing heroism: Churchill bravely refused to segregate London’s railway stations despite the demands of the US Army, risking his whole desperate strategy.

You would think that courage would earn some kudos, but no – we have arrived in the world of one-dimensional tickbox politics, which is doing precisely nothing for contemporary slaves. Tickbox politics is part of a wider malaise – it puts symbolic achievements of downing some monuments to slavery two centuries ago higher than tackling the huge profits of slavery today.

I use the term tickbox to meant a kind of vacuous and virtual campaigning, but trendy – whether it happens to be about black people, gay, trans or women (in practice, contradictions in this Venn diagram). The truth is not so much that all lives matter – as the counter demonstrators chanted in Newcastle over the wekend (though they do) – but how we avoid this zero sum culture clash and get on with creating institutions that work for everyone. That means helping everyone to thrive to economically as Martin Luther King believed. It’s about what you are for, not just what you’re against.

But today’s example of an entirely peaceful demonstration in a very English place has convinced me that we have to hold firm to the Black Lives Matter campaign, and to wrest it away from three kinds of headbangers who are determined to get a piece of the action – Farage and his Brexiteers, the statue bashing types spoiling for a fight and the puritans in local government, ticking their little boxes.

Why are we yearning to be told precisely what to do?

The consequences of Gove and the civil service reforms

The tragedy of Boris

A little too much audacity of hope?