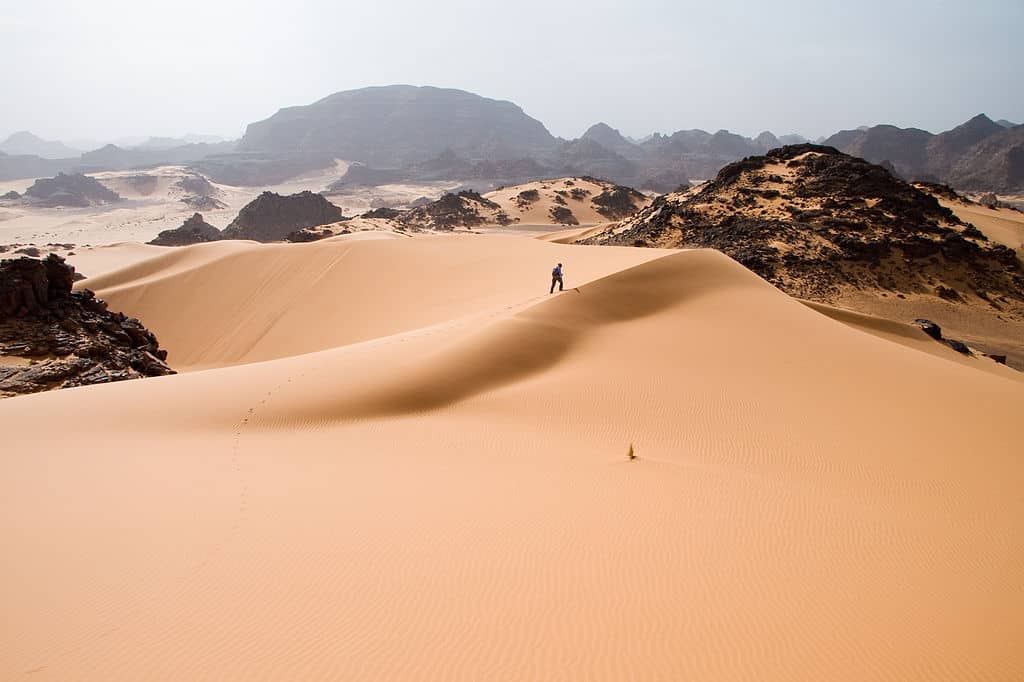 Ten years ago, in Benghazi, the insurrection began against Gaddafi, the “Guide” who had ruled Libya with an iron fist since his 1969 military coup d’état against the monarchy.

From March, the French president, anxious to hop on the the “Arab Spring” bandwagon, decided to defend the rebels politically, then militarily. He was joined by British Prime Minister Cameron and American President Obama, under the cover of NATO. French fighter-bombers pinned down Gaddafi’s armoured brigade advancing towards Benghazi.

In Europe, however, Nicolas Sarkozy met with scepticism from the German and Italian governments.

Gaddafi was certainly a cruel dictator, ruthless with his opponents. But in the eyes of many European diplomats, he had three important advantages. First, he had abandoned his revolutionary ambitions in the early 2000s in order to move closer, economically and strategically, to the West.

He had agreed to abandon its nuclear programme and to denounce the trafficking of the father of the Pakistani nuclear bomb, Abdul Qader Khan. He was also intractable with the Islamists and would never have accepted that a portion of Libyan territory be used as a sanctuary for jihadists.

Finally, he co-operated with the European Union in its fight against human traffickers.

Tripoli fell, without bloodshed, to the rebels in August 2011 and Gaddafi was killed in October after his convoy fleeing southwards from Sirte was bombed by the French air force.

The National Transitional Council, whose leaders had been received by Sarkozy as early as 9 March 2011, managed to organise free elections in July 2012. A National General Congress (CGN) is elected.

But a democracy can only function in a country if its political actors agree to play the game. The armed groups that chased Gaddafi have no use for democracy. For them, power and enrichment are at the end of the gun. It is the future of their tribe that counts, not that of the nation. In July 2013, armed groups took control of the oil installations. Anarchy settled in the country.

In December, the CGN decided to apply Sharia law to the country and unilaterally extend its mandate. In February 2014, Khalifa Haftar, a former Gaddafi general, called for the formation of an interim government to organise new elections.

The CGN denounced it as an attempted coup d’état. In March 2014, Prime Minister Ali Zeidan (who was part of the team endorsed by Sarkozy in March 2011), unable to restore order, fled Libya in a private jet. In May, General Haftar launched an offensive against the Salafists in Benghazi, while in Tripoli Misrata’s brigades took control of the capital.

Two blocks were formed: one in Tripolitania with a Muslim Brotherhood tendency, and the other in General Haftar’s Cyrenaica, with a classic nationalist tendency. The first was supported by the Turks and the Qataris, the second by the Emiratis, the Egyptians and the Russians.

The country plunged into civil war, becoming an ideal sanctuary for human traffickers and jihadists.

In December 2014, the president of neighbouring Chad called on NATO to intervene again in Libya to repair the mess it had created. To no avail. The country became the great springboard for African illegal immigration to Europe.

At the beginning of 2020, Turkey agreed to provide military aid to the Tripoli camp In return for oil advantages. Thanks to Turkey, the Haftar forces surrounding the capital were repulsed in June. The Turks smuggled more than 10,000 Syrian jihadists into Libya. The Russians reacted by sending their fighter-bombers and their own mercenaries to reinforce Haftar.

In October, a ceasefire was signed in Geneva between the Libyan parties. At the beginning of February 2021, a transitional government was appointed, led by the wealthy businessman Abdul Hamid Dbeibah, who was already playing an important role under Gaddafi. He has been charged with organising elections. They should take place on 24 December.

There is little chance that the elections will bring the stability and rule of law that Libya needs. The very strong chances are chances that Turkey and Russia – who may have made a deal in secret – will keep their military bases there, in order to increase their control over the eastern Mediterranean.

Egypt would like a UN Security Council resolution demanding the departure of all foreign troops from Libya. Will the French be able to obtain it? It would be a first step in the political reconstruction of a country that France had once, alas, contributed a little to its destruction.