How Erdogan’s Turkey became a peacemaker 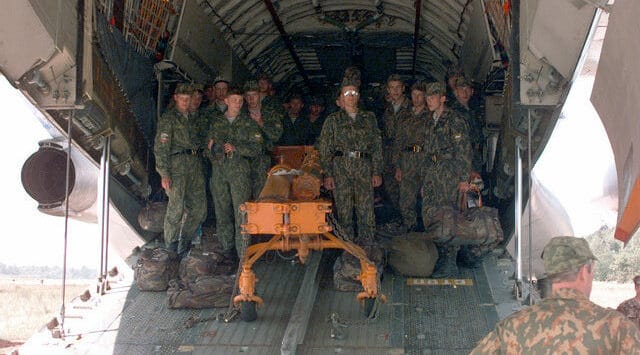 On 29 March,, very serious peace talks took place in Istanbul, in the Ottoman palace of Dolmabahce, between Russian and Ukrainian belligerents. They were opened by the Turkish president himself. Recep Tayyip Erdogan’s opening speech was applauded by the two delegations, who stood face to face along a large rectangular table.

Once castigated for his dangerous neo-Ottoman activism in the Arab-Muslim world, the Turkish autocrat has become a peacemaker in the eyes of the world.

The Istanbul talks, held at the level of advisors to the warring presidents, obviously did not settle everything. But they did allow progress to be made on the hypothesis of Ukraine’s future neutrality and they saw the Russian delegation announce the “reduction of its military activity towards Kiev” – which was done.

It does not matter that Russia wanted to pass off a military fiasco as a diplomatic concession. What matters is that the Ukrainian capital can now breathe and that the Kremlin has abandoned its plan for regime change in Ukraine, which it curiously called “denazification”. It seems that the Russian war plan is now focused on the east of the country, and that it boils down to taking on the Ukrainian Maginot Line built since 2015 in the face of the secessionist territories of Donbass.

After the losses they have suffered, the Russians cannot be seen to be giving up on improving the future security of the two self-proclaimed republics whose independence they have recognised, nor can they be seen to be giving up their meagre territorial conquests, namely the city of Kherson (which guarantees Crimea’s water supply) and the port of Mariupol (which will turn the Sea of Azov into a Russian lake).

If the Ukrainian and Russian presidents were ever to meet face to face (as President Zelensky has requested) it would most likely be somewhere on Turkish territory. This is an undeniable diplomatic success for Erdogan.

When Russian tanks entered Ukraine on 24 February, who would have imagined that Turkey would become the main conciliator in this fratricidal war between Orthodox Slavs? No one could have guessed. Turkey landed the role because it is liked by both belligerents, but also because it has achieved a remarkable diplomatic refocusing since the summer of 2020.

Turkey is liked by the Ukrainians, not only because it called the Russian military aggression “unacceptable”, but also because it delivered Bayraktar TB-2s to them well before the conflict began.

These armed drones, designed by President Erdogan’s son-in-law, proved to be extremely effective in the war Azerbaijan won against the Armenians in September 2020 in Nagorno-Karabakh. Together with the American Javelin anti-tank missiles, they wreaked havoc on the armoured columns of the Russian invaders.

But Erdogan has also managed to maintain good relations with Putin, refusing to join the European and American sanctions against Russia. Turkish Airlines is the only airline in the Nato area that still flies to Moscow.

This is why Erdogan was heard by Putin when he called him on 27 March to propose Turkish mediation. The two leaders, who share the same aversion to Western-style human rights, have a sometimes stormy relationship. They have clashed, through local militias, in Syria and Libya. But they get along well on a personal level, ever since Putin warned Erdogan in July 2016 that a military plot was being hatched against him in Turkey.

Strikingly, the two autocrats have followed divergent paths over the past year. Putin has become more radical and bunkerised. Erdogan has refocused and opened up to the world. Turkish successes in Libya and the Turkish-Azerbaijani victory in September 2020 against the Armenians of Nagorno-Karabakh have not made the Turkish president drunk.

He has reaped his successes and then coolly examined his past diplomatic failures when he claimed, at the beginning of the Arab Spring in 2011, to unite under his banner the entire Arab-Muslim world in revolution. He has calmed his hubris. He reconciled himself with the Egyptians and the Emiratis, who are the Arabs who fight the Muslim Brotherhood most fiercely. He reconciled with Israel, receiving Israeli President Isaac Herzog in Ankara with great pomp and circumstance on 9 March 2022.

The Pharisees of geopolitics will wonder if the new Erdogan is sincere or just clever. It does not matter. What really matters is that Turkey now prefers making peace to making war.