How do you make public services effective? Answer: reciprocity 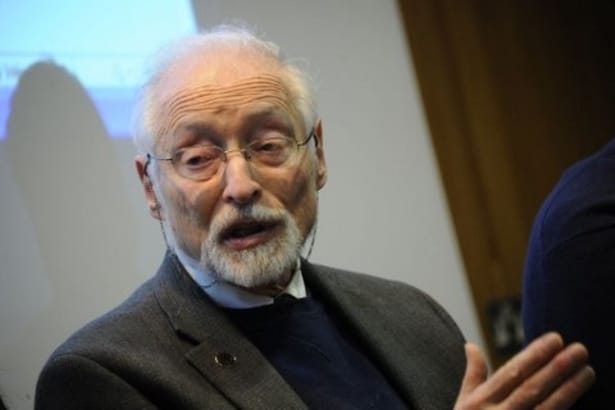 It is hard to exaggerate the influence that Edgar Cahn (who died last week aged 86) had on me – right back to when I first met him in December 1995, a quarter of a century ago, in the days when I was arrogant enough to think I had fully understood the subtlety and potential of time banks.

Since then, I launched a project at the New Economics Foundation to launch a new UK network of time banks – and then I married Sarah (who I had taken on to run the project) and Edgar spoke at our wedding in Nether Wallop. We went on to have two time bank children. And throughout that time – although I was no longer directly involved in time banking or volunteering policy – Edgar never stopped being his usual approachable, caring, inspirational and self-deprecatory self.

But then for a man who was so constantly rethinking what he had believed before, he could be difficult to keep up with – and especially given that, more than anyone else I’ve ever heard of, Edgar’s life and career fell neatly into two halves.

He had married a black activist called Jean Camper, and the reactions of those around them to this alliance, between a Washington Jewish lawyer’s family and the goddaughter of Paul Robeson, had been so extreme that he delayed for a year becoming a lawyer – afraid that he would have been too embittered – and did something much more practical: he trained as  a silversmith.

He used to explain later how his boss, Bobby Kennedy – the attorney-general – tried to puncture the reserve of his new neighbours in Washington by phoning them and asking them to help Jean and Edgar move in. He was a key figure in the 1960s as speechwriter for RFK – heavens, he was even the federal government’s legal observer at Selma.

But it was after he began working instead on the War on Poverty, with Kennedy’s brother-in-law Sargant Shriver, that he began to have some doubts about the traditional Democrat approach to these things.

He had set up and launched the National Legal Services programme, which allowed disadvantaged groups to draw down the funds they needed to sue the government to assert their rights. It benefitted about 30 million people before it was gutted by the Republican Congress in 1994. As he used to say: “As a lawyer I can stop you from being evicted – but I can’t make your home a nice place to live. For that I need your help.”

Even so, when they held hearings in Congress about whether to cut the legal service programme, and advertised widely across the nation, nobody came forward at all to give evidence about why it should be saved.

Fast forward six years to the Washington DC budget crisis, when they were thinking of closing the DC School of Law, where Cahn taught by sending students out into the community – where they charge for their efforts in time (spent helping each other in the community). Because of this effort, people – mainly through the black churches – were completely engaged and turned up in coaches to give evidence at City Hall about why they shouldn’t close the law school (so they didn’t).

What that says to me is that reciprocity – helping out in the community – isn’t just useful, it is hugely enervating. It also changes the power dynamics.

Once you have people doing stuff, then they will also be available to give advice on future services too. That is the essence, it seems to be, about Cahn’s message.

In fact, it was the fate of the DC School of Law’s predecessor, Antioch, which brought to an end Edgar’s first career, when he was rushed to hospital at the age of 44 with an enormous heart attack. He was not expected to survive.

He did not die, though many of his old 1960s allies assumed that he had. Instead he built on his experience in hospital, where he found he hated feeling helpless while everyone fussed around him. The period in hospital happened to coincide with the early months of the Thatcher and Reagan premierships, when so many people were being made what the BBC called ‘redundant’.

That was where time banks came in, known originally as time dollars or service credits in the USA. Jean died of cancer, though not before she had encouraged him to write his first Time Dollars book.

When I met him, three years later, and eight years after the first major  investment in time dollars in health, he had been rethinking some of the key tenets of time banking, so he was not welcome at the time banking knees-up that year in Maine. But within a few years, he was back making his keynote speeches and presiding over a huge and growing idea that took in schools in Chicago and the highly successful youth court in Washington.

In 2000, he married again – Christine Gray, a British postgraduate student who had come across his work on the rights of native Americans. Together, they formed a formidable team,

So much of this rethinking, that carried on until his death at the age of 86, was about wrestling with the key problem of time banking – how do you pay for a transformative community infrastructure? Especially the kind of institutions that make a major difference to people who are seriously excluded?

That was where Edgar developed and built on the idea of co-production, an idea launched by the sociologist Elinor Ostrom in 1975.

I managed to get him over to the UK in 1997, and he kickstarted the time banks movement over here with an inspirational broadcast on the BBC Midweek programme. I will miss him enormously and not just because I will miss our occasional conversations about how, in practice, we might achieve his next idea – Edgar never really did small talk – but also because, by knowing him, I was able to play a small part in developing a big idea. That we could begin to measure the effort people made in time, and make it exchangeable, and change their lives and those around them.

The challenge for those ideas now come, rather unexpectedly from China – where they have, coincidentally, begun to measure the social failures of their population.

This is a highly sinister development. Yet, in a sense, it was pioneered in the USA. Clinton-era legislation – rarely put into effect – laid down an extra debt of four hours a month on every public housing tenant’s household.

Edgar was asked by one Washington housing project for help when this idea was put into practice, and he drew a distinction between a timebank, where people can choose what they do for each other, and where they own and control the infrastructure, and something imposed from outside and above.

That is an absolutely critical distinction. The trouble is that, although I have drawn it myself to so many senior politicians in the UK – and told them the story of the National Legal Services Programme and the DC School of Law – I don’t believe any of them have been able to grasp their significance.

This post first appeared on the New Weather blog…