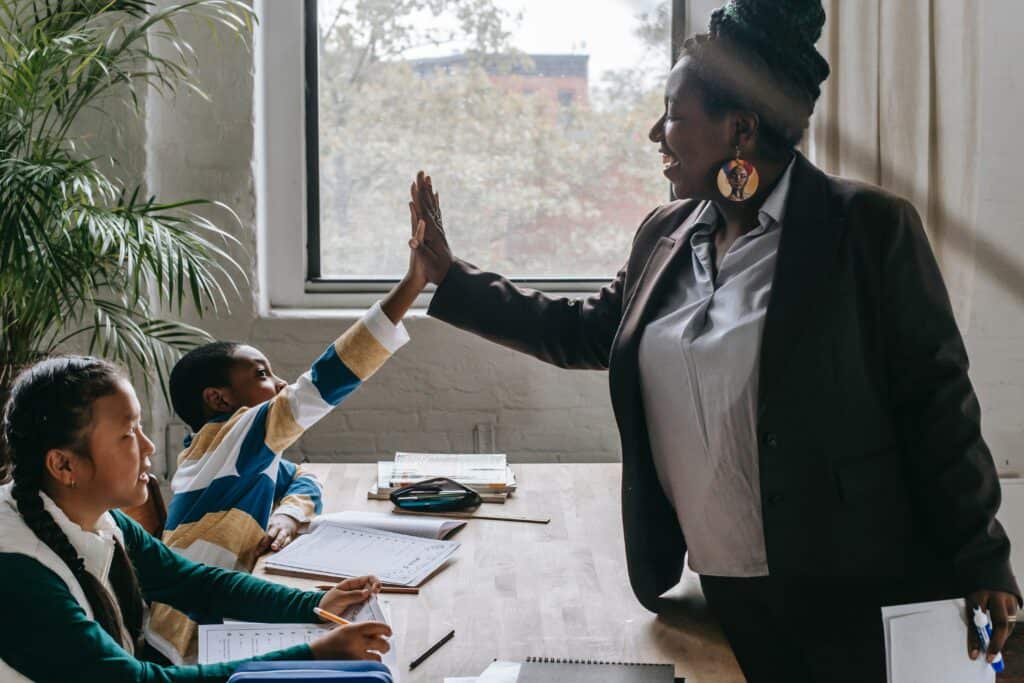 This summer, the Tony Blair Institute for Global Change published two reports. The first proposed a World Education Service that would offer a baseline provision for all children whether in school, at home or in crisis.

The second called for a revolution in English education that championed creativity and critical thinking in preparing children for their future.

Both reports are bold and show leadership in a conflicted sector, in the UK and globally. Read together though, and viewed through a post-colonial lens, they suggest a landscape of education where the creativity and critical thinking suggested for English children might just be the cultural catalyst for a more global revolution.

On 28 July this year, the Tony Blair Institute released a report entitled Time for a World Education Service: Focused, Free and for All. It offered a vision of a UN supported and administered backstop to ensure that we reach the UN’s Sustainable Development Goal number 4 of every child completing secondary school by 2030.

The report suggested that we would need 272m more children in school than we had in 2015, and that we are likely to miss this target by 110m. Whilst indications are that the world’s population of children has now peaked, this goal remains a significant task of scale.

Within that task though, a level of diversity and localism is acknowledged in terms of both language and setting, but not in the pedagogical drivers of the proposals themselves. They remain fixed in Edutech, anchored to a revamped model of the 3-Rs, and do not include creativity or indigenous wisdom in any central capacity.

Nearly a month after the World Education Service report, on 23 August, the same institute published Ending the Big Squeeze on Skills: How to Futureproof Education in England.

This suggested that for England, it is critical thinking, creativity, communication and collaborative problem-solving that will be the crucial transformative focus required to ensure an effective education system that prepares (English) children for the future.

Such a different tone between aspirations in the global south and north – of the 58m primary school not currently in school globally, 34m live in Sub-Saharan Africa – prompts questions of parity in terms of both curriculum and pedagogy.

Is the notion that creativity is crucial for English children to be able meet the future due to their geographical and economic context and their cultural heritage? Or might creativity be a universally relevant capacity for all children?

Finland’s consistent celebration as a world leader in education could be variously considered a tired trope, meme or motif, were it not clear that its reputation is born from high rankings in international league tables, integrated special education needs provision and a highly-trained, valued and paid teaching profession.

Kirsti Lonka tells of how this is provided by the perskoulu where “all students, regardless of their background, life circumstances, and aspirations, would go through the same nine-year school system.”

Whilst Finland’s model of the perskoulu is very culturally specific, and will have little immediate relevance in a contemporary England or within Sub-Saharan Africa, a wider dialogue about the structures of education systems is usefully attending to questions of unity and diversity.

Which aspects should be universal, which aspects would benefit by being locally and culturally situated. Where creativity sits within this landscape might find a particular resonance both within the current waves of de/colonialisation and climate in our current educational conversations.

The consistency of Finland’s educational provision is unusual in global north democracies, which tend towards educational provision blending independent and fee-paying schools with those which are directly state-funded. Such a blend is less a mechanism for parent choice in terms of curricula and culture within schools and more often determined by inter-generational economics and social structures.

This frequently takes place in a regulatory context that enables such structures to persist and has clearly been the case in the UK where repeated programmes over decades have failed to progress social mobility to any meaningful extent.

The national shared understanding of education exemplified by Finland is a long way off in the UK, at least, whose diversity is not one of cultural richness or parental choice.

Finland’s reputation has in part been won by their rankings in the Programme for International Student Assessment (PISA). PISA is an international league table for the educational systems of distinct countries or regions (79 in 2018). It has reported every three years since 2000, and measures performance in mathematics, science and reading.

The PISA assessments due for this year (COVID-delayed from 2021) will for the first time include creative thinking alongside the standard assessments for mathematics, science and reading. Tests for 2025 will then expand further to include foreign languages and digital literacy.

The pedagogical drive in teaching creatively, teaching for creativity, and cultivating creative communities, environments and existential conversations, has a potentially universal relevance.

Munyaradzi Mawere has described the colonial perspective on indigenous knowledge as “unscientific, illogical, anti-development and/or ungodly” and yet there are signs that global knowledge systems are beginning to form more meshworks within the transformation of colonial hierarchies. Okechukwu Abonyi and Gabriel Okafor have noted a growing appreciation of:

“The need to develop networks and institutions of excellence as well as the need to valorize indigenous knowledge in maximising creativity for sustainable living.”

Pedagogies that honour, integrate and emerge from indigenous wisdom traditions such as ubuntu and sumac kawsay are bringing a deeper dimension to creativity than was celebrated in the ‘creative decade’ in the UK during the years of Tony Blair’s premiership.

Tony Blair and colleagues have done much over these past few months to progress baselines in global education and creativity in English education.

The British Educational Research Association meet in Liverpool next week, where amidst their hot topics are the education of child refugees and migrants, and environmental sustainability.

The following week the United Nations host a Transforming Education summit in New York, with one of its primary objectives being to promote greater public engagement around and support for transforming education.

I hope that our next steps in this dialogue bring together these themes of creativity and sustainability, whilst valorizing indigenous knowledge in an all too slowly de-colonialising world.

If we learn nothing else from our friends in Finland, it might be a collective commitment to wrestle together, reaching towards what Kirsti Lonka describes as a “new approach to equal educational opportunities” even though these might be “very controversial and cause[d] heated debates.”

Paul Hougham is a teacher and educationalist wrestling with the evolving science underlying knowledge, autonomy and wellbeing, how we regulate and integrate ourselves, and shape our participation in the world.

He is constantly inspired by a broad spectrum of practitioners serving a shift in the current educational paradigm to one that elevates discovery, justice, kindness and creativity within our global crafting of curriculum for today’s children.