Historical parallels suggest the Brexit story may end in violence 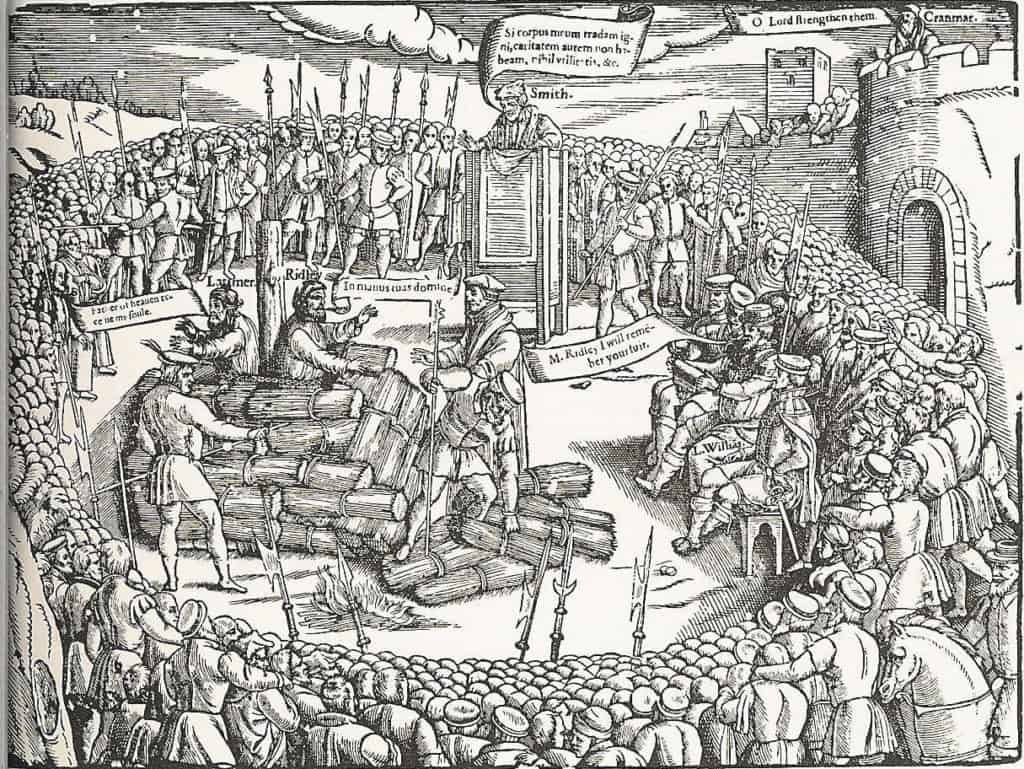 Every year, October 31 in celebrated as Reformation Day and, in its time, it was as politically important to the future of Europe as Brexit Day.

For out of it came the decision by Henry VIII in England to dispose of the connection with Rome. A Rome that was also significant as the place where the European Union was born on January 1 1958. In both cases, therefore, it involves a rejection of Rome and also the influence of “foreign interests”. But can the sixteenth century tell us anything about our current situation?

The reformation is often portrayed as a great liberating movement that emancipated the English population, improved the position of women and encouraged literacy. But was it not also something else? It certainly led to the widescale destruction of historically beautiful buildings, the execution of unrepentant Catholics and isolation of Britain from its strategically important Catholic neighbours such as France and Spain.

It also led (via the Catholic/protestant divide thus engendered) to the Thirty Years War – proportionally the most destructive war in human history that saw the embroilment of 60,000 English mercenaries. Most importantly, it created a schism across Europe that lasted for centuries.

So, what about Brexit? What will be the likely aftermath of this huge secular reformation?

As in the sixteenth century reformation, religious strife may also arise with a vengeance. There is probably only one politician less capable of leading the country than Teresa May – and that is Boris Johnson. He will, in his naive brashness, suspend Stormont and impost direct rule on Northern Ireland, thus reawakening paramilitary sympathies in both the catholic and protestant communities. The fragile peace, so hard won through the Good Friday Agreement, will be broken.

There may also be a more widespread form of social disorder. After a post-Brexit lull the economic consequences of Brexit will sink in as jobs are lost. But instead of Catholics it will be the Polish, Romanian and Portuguese communities in Britain who shall be blamed.

This will widen to more traditionally persecuted ethnic groups and, by the summer of 2020, riots could be common in many UK cities. The examples in France and Hong Kong recently show how violent and uncontrollable largely motiveless riots can be.

A newly isolated Britain will try to secure trade deals with other nations and the most likely one is the USA. Early attempts to do so have been described by American officials as “desperate”. If a deal does arise it will no doubt allow the US to dump lots of goods that have been blocked by the Chinese trade war. There will only be token advantages for UK businesses.

Internal institutions such as the NHS and BBC are already under strain and these will suffer major breakdowns.

Finally, as Margaret Thatcher found in 1982, if all else fails then political consensus and national unity can be engendered by a War. A war of some sort will need to be found that is big enough to engage the population to the point of actual or threatened conscription and in part of the world that the British population might have some inkling where it is.

It cannot be with an established nuclear nation and there is unlikely to be cause enough for a war in Europe, so it is most likely to be somewhere where there is already tension building up – and that is Iran.

The US general election is due in November 2020 – so the prospect of war to help Trump get re-elected could bring matters to a head far faster than the UK population are ready to accept. But, like in seventeenth century Europe, the important elements are a sharp religious divide (Islam vs west), the huge prizes of war (oil and removal of the agent provocateur in middle east conflicts) and home populations that are willing to tolerate declining living standards as a gesture of patriotism, and not see the political ineptness that underlies them.

Robin Chater is the Secretary-General and founder of the Federation of International Employers (FedEE). He has degrees from two leading UK universities, is a qualified HR professional (MCIPD), registered teacher, has conducted research at LSE, worked as a consultant for a leading labour relations journal and been a senior consultant with ADL/CCL and Hay Management Consultants (now Korn Ferry). He was an adviser to the European Commission for ten years and has also worked for major clients in the aerospace, packaging, electronics, smelting and mining sectors. In addition to being quoted widely in the press and appearing extensively on the media, he has written several books and articles on law and economics. His book of short stories – Now – and selected poetry – Then – are now available on Amazon. He currently divides his time between the UK, France, Cyprus and China.