Happiness is not a cigar 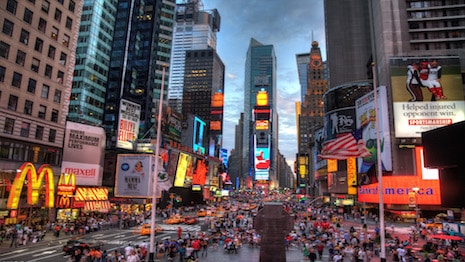 In my previous blog, I revealed the earth-shattering findings of positive psychology – that money, a good body and buying stuff don’t make you happy. What makes us happy are things like social contract, being kind, gratitude, exercise and sleep. ‘

And say I could wave a magic wand and everyone started to focus on these things, the economy would collapse as people massively cut down on consumption- the economy relies on people being deluded into thinking that buying stuff makes them happy.

This is all very well but isn’t it pie in the sky?  Yet if government really is “guided by the science” the policy implications of positive psychology are compelling because people being unhappy leads to poor health outcomes, and the fix would be incredibly cheap. If people were to adopt the findings of positive psychology, we would increase life expectancy, reduce morbidity, illness – physical and mental – improve people’s productivity, reduce fiscal expenditure and everyone really would be happier.

I once went on holiday to Cuba, and you would have thought that in a communist country there would be no advertising. But you are  struck by the number of advertising posters – all advertising the same thing – “La Revolution Cubana”. The face of this campaign is the dashing Che Guevara – a romantic hero surpassing any “A” list celebrity. Returning home made me realise that just as this political propaganda was also advertising, commercial advertising is also political propaganda.

An individual advert is probably harmless – the worst that can happen is you buy a skin care product, or whatever, that you don’t really want. Spending one’s whole life surrounded by advertising is not harmless – it has the same impact as communist  propaganda, except more so because it is higher budget and more sophisticated; the message of all adverts is essentially the same – your life is incomplete, and if you buy this product you will be happy.

Positive psychology tells us that you won’t be, you will get an immediate hit of happiness, but then revert to your normal level, but disappointed.

We are being bombarded by this message all the time, the result is to make people unhappy – all of our lives are incomplete – and to strive for stuff to make us happy which never will. And as I have said, this actually makes people ill, mentally and physically.

Advertising has been making us unhappy for a while, but the last decade has seen us hit by another mental health epidemic; which steps up unhappiness to a whole new level- social media. (Social media also has positives and people use it because it provides goods and services which they want).

The deleterious impact of social media is described in great detail elsewhere¸ for example the epidemic of teenage depression, and even suicide, has largely been attributed to social media.

When faced with social norm which is damaging to health, there is a well-trodden path which governments follow; smoking is a good example. To reduce damage from smoking, governments engaged in a multi-pronged attack – public education, media campaigns, tax and restriction of access.

The negative health impact from advertising and social media are multiple and as severe as smoking and hence a similar response I justified:

Then we get back to the collapse of the economy when people stop consuming. On the one hand I think this unlikely to happen. However, there is already a secular trend for less consumption, with twin drivers of an ageing population and younger people becoming more environmentally conscious.

The point of a free market is that it delivers to people what they want. If people want to spend more time being kind and socially interacting and less time buying stuff, then the market is supposed to deliver on this. If it can’t, well, then we need a new economy.