What happens when governments suddenly believe in nothing 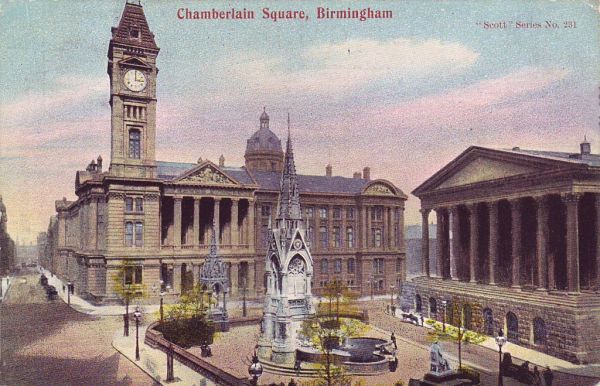 If you went back to the early 1870s, you would find that Birmingham – a stinking cesspit of great wealth and horrific poverty – was run by a group of councillors who met weekly in a pub called the Woodman Arms. They called themselves ‘The Economists’ and their previous convictions and beliefs had long since withered away to be replaced by one: they must spend as little as possible.

In 1873, the local crew manufacturer Joseph Chamberlain and his Liberal team of councillors swept them from office, to build parks, galleries, theatres and to make a profit. The Economists rather remind me of our present government.

It is always a little disturbing to find that, as if overnight, those elected to rule over us have lost their basic convictions – but it happens, and probably every four decades or so. The nostalgia for the 1970s, and especially perhaps in James Graham’s play This House – about Parliament in the late 70s – reminds me that we are living through that kind of endtime then too.

The James Callaghan government were competent, and faced the most intractable issues, but they were hamstrung by the fact that – with some exceptions – they didn’t believe in anything.

What is most disconcerting, I think, about the current UK political debate is slowly becoming clear to me. Our governing party no longer believes anything except that they are the only ones capable of ruling. It initially felt like a breathtaking freedom from the straitjacket of ideology. Now it sends a little chill down the spine.

This shift has a great deal to do with the Grenfell Tower fire, because it seems to emphasise the vacuum where convictions ought to be. Here are three examples:

2. What began as a conviction that government spending could crowd out private spending has – without that conviction – become the idea that all costs must be reduced, for no other reason that they should. It’s the Economists all over again.

3. What began as a conviction that public services might be more flexibly and responsively run by private contractors as – without that conviction – become a terrible lie: that the contractor must be defended against the people they serve, no matter what (which is where we have ended up with Southern Rail).

This is what happens as the old order passes away. It becomes empty of conviction, it’s old ideological fire becomes a kneejerk reaction that defends the old maxims without reason or thought. When governments believe in nothing, they get swept away by someone who believes in something.

It is a little frightening, in fact. But even more frightening is the thought that it is not at all clear yet what will replace it – Trumpery, Corbynism, Marcronia or something else. Watch this space.

In Conversation with Stephen Kinnock MP