Governed from the bottom up, and in Europe too 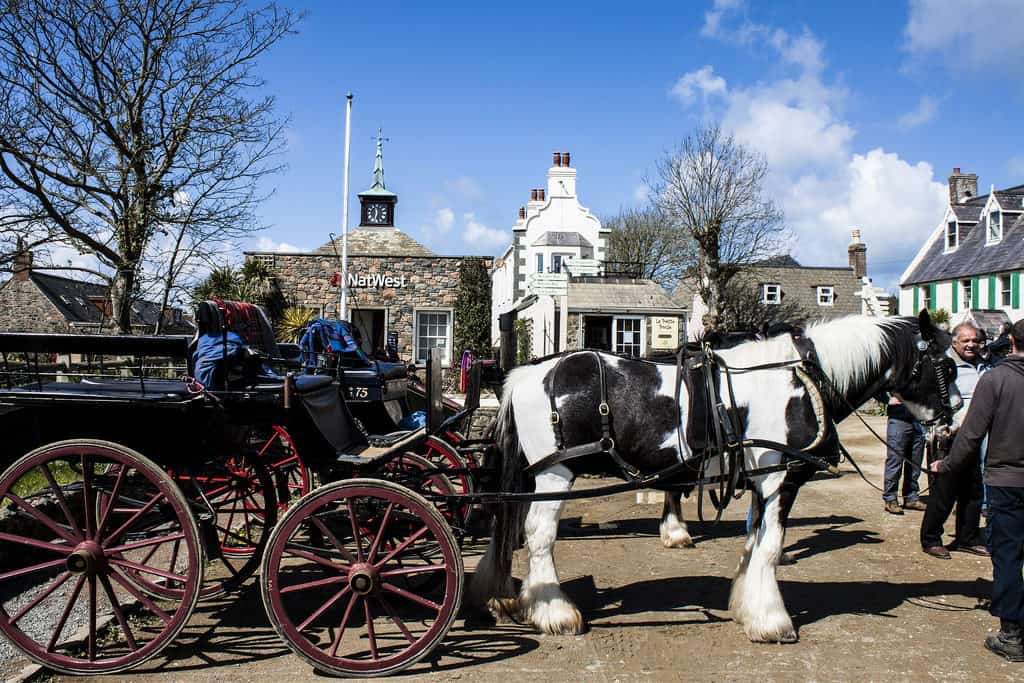 There are few examples in Europe of political entities – states, regions, cities or parishes – which are governed from the bottom up.  The small Channel Island of Sark is one of them.  In looking for possibilities of system change, we should be aware of existing ways of doing things which are outside our experience, which may trigger our thinking in new directions.

Sark is a Royal fiefdom established in 1565 by Elizabeth I. Until 2008, the Island was managed on the monarch’s behalf by the Lord of the Manor (the Seigneur) and his 40 tenants who each had an obligation to a place on Chief Pleas, the governing body of the island, and by 12 elected deputies, introduced in 1921.  The tenants administered the island, as individuals without payment, making laws and managing their implementation. It was a system which looked towards the long-term future of their heirs, as well as managing the day-to-day running of the Island.

Domestic properties are leased from the tenants, with leaseholders having a declining asset. At present they can never own the land because there is no freehold ownership (and no mortgages).

In 2008, the Island held its first fully democratic general election, as a result of which governance of the Island passed from the tenants and deputies to 28 elected conseillers. This can be seen as a step towards dismantling the feudal system, with land reform now on the agenda.

Chief Pleas has five constitutional officers: the Speaker, the Seneschal (the Judge/Magistrate), the Prévôt (the Sheriff of the Seneschal’s Court and of Chief Pleas), the Greffier (the Clerk to the Court and to Chief Pleas), and the Treasurer.  Since 2013, they have been supported by a senior administrator (a professional civil servant): an appointment which can be seen as the first step towards establishing a civil service.  Day-to-day official business is undertaken by the conseillers sitting in ten committees.

Chief Pleas operates with a budget surplus and has no debt.

The resident population is about 600.  Anyone with residency rights in the UK Common Travel Area can move to the Island. In practice, only those with secured employment or income earned from elsewhere move to the Island, because there is no welfare state to support those who cannot pay their own way.

Residents are taxed on their perceived capital, sometimes referred to as a “Personal Capital Tax”, currently capped at £6,500. In contrast to the UK, there is little point on Sark in displaying your wealth. Far better to have a nice garden.  Income is not taxed.

A landing fee paid by boat passengers, in effect a charge to enter the island, and the Impôt (a levy on alcohol and tobacco) fund the public services.

There is no National Health Service; residents pay for their health-care by membership of an insurance scheme. Chief Pleas provide a doctor’s house and surgery free of charge and pay the doctor a retaining fee. The doctor dispenses the medicines and makes a charge on patients for consultation.

Compulsory education has existed on Sark since 1830 (some fifty years before England). The teachers’ salaries paid by Chief Pleas provide schooling from age five to fifteen.

The only motorised vehicles allowed on the Island are tractors, which are limited in number and size, and electric invalid carriages.

There is no mains water or drainage, both of which are the responsibility of individual householders, with bore holes and septic tank sewerage treatment systems. Mains electricity is provided by a family-owned electricity company, with its diesel power station.

All electric and telecommunications cables are laid underground, in contrast to rural areas in England where cables are above ground. There is no street lighting.

New house building is restricted to individuals who have been resident on the Island for at least 15 years and only persons with similar residential qualifications can occupy these houses.

Because residents move around the Island day-to-day on foot or cycle, there is ‘continuous’ one-to-one contact and conversations, in a way that is physically impossible in a society dependent on motor cars. These informal conversations inevitably have an influence on formal decisions by Chief Pleas. So, there are just three upward-facing levels of governance:  Individuals to Chief Pleas Committees to Chief Pleas.

The financial interests of ‘the poor’ are looked after by the ‘Procureur of the Poor’ (an official position undertaken by a volunteer). This concentrates resources on those in greatest need. ‘Social care’ is provided by relatives, friends and neighbours.

There is no VAT or any tax on sales or business profits.  This, together with the absence of income tax, enables people to undertake work for each other and receive payments for their work in a way that is impossible in a state that requires all business and personal earnings to be declared.

Because there is no need to accommodate motorised vehicles, other than tractors, the scale of physical development on the Island is much less than in a car-dependent country. Domestic garages and drives to them are not needed.  Junctions between lanes do not take up much space. Carriageway footpaths are not needed. Island deliveries are undertaken by carters.

During the year, there are many fund-raising events including sheep racing, concerts and festivals of all kinds of music, including opera, with every opportunity being taken to raise money for Island projects and to subsidise the cost of medicines prescribed by the doctor.

In 2011, Sark was designated a Dark Sky Community and became the first Dark Sky Island in the world. This was achieved by adjusting all exterior lighting to be downward facing.

My judgement, as a visitor, is of a community which works well, despite interference from wealthy outsiders. I have many more friends and acquaintances on the Island than where I live in England.

To me, there are three factors which have contributed to the well-being of the Island:

(1) The protection of the island’s heritage and culture by families whose lineage date from the 16th century.

(2) The prohibition of motor vehicles, other than tractors.

My concern is that the Island is on a path towards English-style top-down governance with personal and Chief Pleas indebtedness on the horizon.