Getting to ‘yes we can’ on climate change 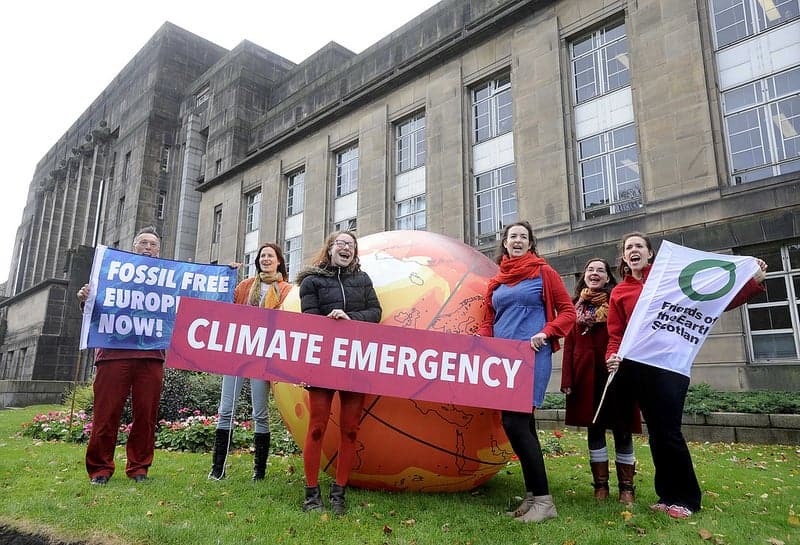 A recent article in the Guardian by Caroline Lucas highlights the problems we face with climate change.

Only 40 MPs attended a debate on climate change in the House of Commons. Why?

It’s tempting to fall back on the usual explanations – nobody cares; nobody wants to do anything about climate change; everyone is in denial.

These are essentially the explanations that Ms Lucas puts forward in her article. But I suspect that none of it shines any light on the real issues. Sadly, there is nothing in Ms Lucas’s article that is either new or enlightening. Same old, same old.

So, what are the issue and how could we possibly move forward?

The days when climate change deniers had a significant following are more or less over. Sure, there are still some around. And, yes, they do get a platform. But in policy circles there is precious little climate denial left.

The problems, I suggest, are elsewhere.

Most importantly, it has proven incredibly difficult, and will likely remain so, to find policy prescriptions to combat climate change that are economically, politically and practically viable.

Progress has been made. The rise of renewables seems inexorable. The future lies in electric mobility – as the stuck-in-the-mud European car manufacturers are finding to their cost. Business is working towards reducing carbon emissions. Finance is much more wary of funding carbon intensive projects and there is momentum behind green finance.

Yes, more can be done, and faster. But, as the gilets jaunes movement in France has shown, cack-handed attempts at, for instance, imposing regressive carbon taxes risk yielding a political backlash.

The bottom line is that transforming carbon-dependent economies into clean economies is a Herculean task – and especially so as economies keep growing because we do not yet know how to deal with no growth economies.

There is also a second issue that Ms Lucas’s article highlights. And that is that the narrative from the mainstream climate movement is stuck. We are facing a huge and potentially catastrophic climate emergency and the only solution is massive government intervention through huge public expenditures. This narrative has stopped working for some time – and yet it persists.

First of all, the more cataclysmic the problem sounds, the greater the risk that people start to believe that it’s all hopeless. That there is nothing much that can realistically be done that will make much of a difference. It risks driving people into paralysis (and not bothering to turn up for parliamentary debates) rather than galvanising action.

We have long known that fear is ineffective as a motivator for positive action. Yet fear tactics continue to be the only thing that some climate activists seem to know. The endless tales of doom and gloom ensures that nobody wants to be at the same dinner party or in the same room with them to listen to the endless moaning.

Might it not be better to celebrate what has been achieved and to use that momentum to generate a positive feeling of achievement and a belief that we can achieve yet more?

Second, the idea that the problem can only be resolved by huge government expenditures is also problematic. Most of us know that there is simply not enough public money available for the sorts of investments needed. It is therefore simply not a credible policy platform. Further, such a stance will alienate a large section of the population that does not see government expenditure as the solution to anything.

Politically such a platform is doomed to continue to speak only to the converted. The Green New Deal now receiving so much air-time in the US, and which Ms Lucas says she had been part of developing a decade ago, is possibly one of the factors that will contribute to another Democratic defeat in 2020.

While such a policy may play well in California, Oregon and other such states (they will vote blue anyway and winning by higher margins there makes zero difference to the outcome), it risks being a dead weight in the only states that will make a difference in the election – rust belt and conservative states like Michigan, Pennsylvania and Ohio.

We need to increase the momentum around both prevention and adaptation to climate change. But the persisting with a platform of cataclysmic depression and a sense of hopelessness combined with the arrogance of moral superiority and left wing statist approaches will do more harm than good.

Ms Lucas’s statements that: “We need nothing short of a transformation in the way we live our lives” and “Parliament must now declare a climate emergency” may very well be red meat for Guardian readers, but they stand little chance of being taken seriously elsewhere.

It’s time to celebrate what has already been achieved and to build on that to develop a more positive, inspirational message that is economically, politically and practically credible if we are to get more achieved. Time to move on from “It’s all so terrible” to “Yes, we can”.