Getting the political back: the Podemos experience

There has been a great deal of media speculation about the prospect of a new centre party in the UK. Meanwhile in many countries in Europe, new insurgent parties have been spectacularly successful for example in Spain, France, Greece and Italy. We are publishing a series of blogs (on Fridays) describing the experience from other European countries with the view of collating experience  and identify how a new party might break into British politics, given the inherent barriers of the first past the post system. The third one, by Antonia Casellas, looks at the emergence of Podemos in Spain.

It was unexpected in a period in which surveys provided evidence of a strong disaffection towards politics and the political but, in Spring 2014, Podemos emerged into Spanish political arena with five members elected to the European Parliament.

This took place in a context of economic hardship in which Spain suffered from a growing and dramatic crisis of political confidence towards its institutions. Since then, and despite many efforts of discredit and attack by consolidated political parties, Podemos has become recognised as a significant political actor within Spanish politics.

This paper first argues that the grassroots protests and general discontent that arose in Spain during the economic crisis together with the need to find a political alternative to the distrust of the population towards the traditional political parties: both helped to emerge Podemos as a noteworthy political party in Spain.

Secondly, it emphasises that, despite the perception that there has been a shift from the political attitude towards an individualist moral attitude since the 1880s and a general depolarisation of society in the last decades, the political had persisted in people´s interests and had regained strength when a new party had provide an alternative social and economic discourse to traditional political parties.

The platform: grassroots protesters or the germs of a new emancipatory political arrangement

Since the beginning of the crisis in 2007, grassroots protests in Mediterranean countries emerged as powerful demonstrations of citizens’ discontent. In Spain, participation in street protests and demonstrations increased dramatically, growing in parallel to a significant decline in the confidence of the population in Spanish politicians and parties.

The sixth edition of the European Social Survey (ESS) (2013), a survey that collects information on the opinions and attitudes of European citizens, provided evidence of the strong disaffection of the Spaniards, not only to politicians and political parties, but also to institutions in general. For the period 2011-2012, on a scale of 0 to 10, with a 1.9 average score, politicians and political parties garnered the lowest confidence levels in all items. The Spanish Parliament received only a 3.4 average grade, while the judicial system had a close score, with an average of 3.7.

The mistrust extended to international institutions, the United Nations, with a 4.7 was placed into question, while the European Parliament, having only a little more acceptance than the Spanish Parliament, scored 3.9. The only institution which received approval in the 2011-2012 ESS survey in Spain was the police, with a 5.8 average score.

The results of this survey are significant, not only because of the low approval levels of Spaniards with relation to their politicians and institutions but, even more, because all scores were worse than in previous editions of the study.

Although historically in Spain, there has been less confidence in institutions compared to northern European countries, the deterioration that the ESS survey revealed was remarkable. Economic hardship and the feeling that the system did not respond to the citizens’ needs revitalised distrust and discontent in the country. Nonetheless, concurrent to this phenomenon, Spaniards become gradually more active in street protests.

Therefore, while the European average for participation in an authorised demonstrations was 6.7 per cent for the period 2011-2012, in Spain, 25.8 per cent of respondents of the ESS survey claimed to have participated. This activism suggested that though it was evident that the country was suffering a crisis of political confidence, this phenomenon should not be confused with a worsening of political apathy. Interest in political matters increased during the crisis, and street protests demanding political and social improvements reached national and international media attention.

The origins of Podemos party (“we can” in English) relates to the Indignados (the outraged movement) (Hessel, 2011) movement as one of the most visible and powerful protest movements symbolizing social discontent in the country. Organised around a single claim, Democracia Real Ya (Real Democracy, Now) in 2011, the Indignados movement, also known as the 15M movement, appropriated symbolic urban space, in Lefevre´s terminology, for instance Plaza del Sol in Madrid and Plaça Catalunya in Barcelona.

The highly visible struggle closely resonated with other massive political protests organised in other Mediterranean countries, especially the Arab Spring.

Nevertheless, despite the visibility and media coverage of the Indignados, when considering grassroots protests as a mechanism for political engagement and change, key questions arise: how could citizens’ discontent evolve? Could this grassroots protest movement be an axis for social and political change? Can a leaderless movement be an alternative? Can they go beyond the momentum of street protest in order to foster institutional transformation? Could they become politically active and help to engender institutional regeneration?

The final answer was: yes. The protest movements in Spain, fuelled by a critical economic situation, reintroduced political activism in the country and created the conditions for a new alternative ideological party to emerge, Podemos.

It was a similar phenomenon to the one experienced by Ada Colau, one of the founders in February 2009  of the Plataforma de Afectados por la Hipoteca (PAH, or Platform for People Affected by the Mortgage) who moved from activists to major of Barcelona (Casellas and Sala, 2017). In June 2015, she become the first women to hold the office as a leader of a new political grassroots party, Barcelona en Comú, in coalition with the Podemos party.

The resilience of the political attitude as a collective action

The French philosopher Comte-Sponville (2004), in his analysis of capitalism, argues that in Western societies there was a shift of interest from a highly committed political attitude in the 1960s towards a growing moral attitude from the 1980s on. Following his argument, politics does not interest many people, especially not the younger ones. Nevertheless, in his opinion, this does not mean that young people are selfish and socially unaware. These same people who have been massively uninterested in the political shifted their interests and activism towards a significant number of moral concerns.

Comte-Sponville argues that moral concerns have often been renamed, because the word “moral” is considered outdated. Consequently, people prefer to talk about human rights, humanitarianism and solidarity, which in fact encapsulate moral issues. The shift from the political to the moral meant that collective problems of a conflictive social and political nature were addressed through applying individual and moral responses, often under the umbrella of NGOs.

In parallel to the shift in the individual sphere from policy to moral focus, in the collective domain, radical thinkers criticised the process of depoliticisation that institutionalised a series of new post-democratic governmental techniques. Swyngedoew (2011), building on the work of Badiou (2008), Žižek, (1999) and Rancière (2004, 2006), pointed out that, in the last decades, there has been a consensual mode of governance that has apparently reduced conflict and disagreement to either an ultra-politics of radical and violent disavowal, exclusion and containment or a para-political inclusion of different options on anything imaginable (as long as it does not question fundamentally the existing state of the neoliberal political-economic configuration) – in arrangements of important participation and consensual “good” techno-managerial governance (Swyngedouw, 2011:370-271).

This point of analysis considers that politics at the empirical level limited to conflict avoidance by repression when needed, or by the management of the commons. By reducing politics to policy-making, politics applies an autocratic Governance-Beyond-the-State (Swyngedouw 2005).

In the analysis of this depoliticisation strategy, Rancière (2004) considers that politics in fact denotes inherent antagonism between competing representations of the commons. In this sense, he points out the need to distinguish, as Swyngedouw (2013) does, referring to the work of Paul Ricoeur (1965), between the notion of politics/le politique/the political on one hand; and on the other hand, the police order/la police/politics.

While the latter refers to policy-making arrangements, the political is a more epistemological aspect which incorporates the heterogeneity that characterises social life and, as such, it calls for the contested nature of the commons. In this line of analysis, the protest movements, as Badiou (2012) asserts, represent a potential reawakening of the political, which could contain the germs of a new emancipatory political arrangement.

During the first years of the 2010s decade, political leaders and media confronted social activists in Spain with the argument that the state or the political was the arena where to transform society. A few years later, the activists proved them right.

The reawakening of the political in Spain took place in May 2014, when the newly-created political party Podemos become the fourth most voted party (7.98 per cent) in the Spanish elections to the European Parliament, with a list previously elaborated through open primary elections. Few months later, on December 20 2015, at the elections for the national parliament, Podemos gained 21 per cent of the vote, becoming the third largest party in the Spanish parliament.

This experience and the subsequent Podemos victories at local elections provide evidences that the shift from the sphere of politics to the moral sphere or the depolitisation of society have not won the final contest in Spain. The political attitude of Spanish citizens reemerged when people perceived a political alternative to customary politics; a tendency that has also taken place in other European countries. 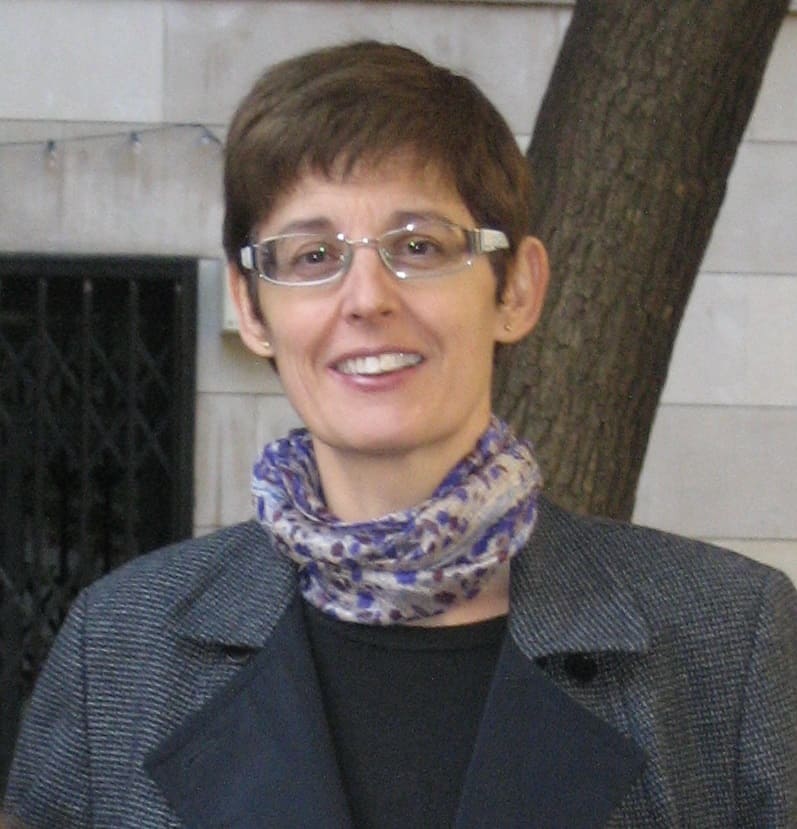 Antònia Casellas is a Professor at the Geography Department, Universitat Autònoma de Barcelona. Her research is engaged with local economic development, environmental challenges and the theoretical and policy analysis of urban space.