Getting a clearer steer from UK history 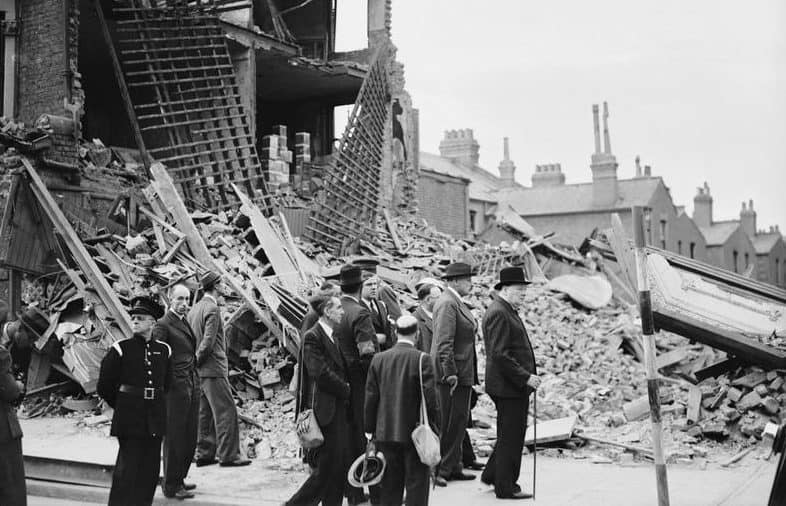 Like all strategists, I am fascinated by the past. The future is often seen as growing spontaneously out of nowhere, a sort of ever present, but in reality there is a continuum between past, present and future, and a sensible balanced view of the past is a good framework for thinking about how the future might unfold – and how to help it on its way.

Wandering around the bookstores of central Lisbon some years ago, I was struck by something odd. Among the many books of Portuguese literature, and translations of European classics into Portuguese, I could browse shelves and shelves of books about the former Portuguese colonies – far flung places like Cabo Verde, Timor Este, Angola.

Of course the Portuguese would be expected to have an interest in their past, but the amount of shelf space dedicated to this literature was remarkable. Walk out, and head to the Monument to the Discoverers, a statue erected in the 1960s whilst Portugal was clinging on to its empire, of such inhuman scale only communists or fascists could have built it, and the impression is reinforced: this is a country struggling to come to terms with no longer being a significant empire, of being just a small nation on the edge of Europe.

Even a cursory understanding of Portuguese history would bear this out: the far right dictatorship clung on to the colonies, which it had declared an integral part of Portugal until the coup of 1974 put an end to the empire and left Portugal as a lovely, historic, proud but small and poor nation facing the Atlantic.

One might draw parallels to the current state of affairs in another Atlantic nation on the edge of Europe, nostalgic for a glorious past (or as AA Gill so brilliantly put it “in search of Peak Blighty”), unable to quite come to terms with its reduced position in the world post-empire and unsure quite how to get its former “glory” back. A strange, divided country where the presence of a statue of Cecil Rhodes in an Oxford college could cause such controversy, endless letter writing to the Times – the same Rhodes, committed, rapacious imperialist, a statue of whom apparently sits in the office of the Secretary of State for International Trade.

Statues are a good access point into the historical perspective of a nation. Churchill and Cromwell make strange memorialised counterparts at the heart of Parliament, and they speak to different traditions in England: revolutionary and reactionary. As well as Rhodes’ presence in the Department of International Trade, Churchill of course can be found in the office of the Foreign Secretary, who has written and lectured widely on the great man -great, that is, unless you are one of the several Indian historians who might wish to point to the Bengal famine, Churchill’s dismissal of Hindu India, “a beastly people with a beastly religion”. Or an Irish historian who might wish to point out that Churchill takes responsibility for launching the infamous, ruthless Black and Tans on the Irish in the 1920s. Or a Middle East historian, who might point to his desire to use poison gas against rebellious Kurds.

Quite what we are to make of the fact that the Secretary of State for Exiting the EU apparently has a map of nineteenth century Europe in his office, I am not sure, other than that perhaps Mr Davis is a keen historian or suffers from a very particular form of nostalgia. But all of this, as so much of the discourse emanating from the far right of the Conservative Party, points to an odd, unbalanced, whitewashed perspective of British history – and a most unhelpful starting point for looking at Britain post-Brexit, looking for its unique place in the world.

A balanced view of UK history would have pride in the achievements of empire, the manner in which, on the whole, that empire was allowed to transition to independence, pride in the stability in Britain’s historic institutions – but would also recognise the concentration camps of South Africa, the brutality against the Mau Mau, the messiness of Indian partition. Above all, it would have a measured, balanced perspective on Britain’s evolution post Suez and Britain’s current standing in the world.

Look far left, and there are similar oddities in historical understanding. ‘Old’ Labour can rightly point to the significant achievements of the one brief period of socialist government in Britain, which gave us the NHS. But the pacifists and unilateralists might also wish to reflect on the success of that government in making sure that Britain was an initial member of NATO and the Council of Europe, on recognising and countering the threat of Soviet aggression in the late 1940s, of its enlightened policy of occupation in Germany, which included giving important socialist impetuses to the new Germany and its industrial relations – and that all three were substantially the work of the firebrand Trade Unionist Ernest Bevin as Foreign Secretary.

There also appears to be a worrying amnesia in the current Corbyn-dominated Labour party about the pre-Blair era -unions holding politicians ransom, the winter of discontent, garbage piling up in streets, Militant bankrupting entire cities, not to mention the civil war within the party in the early 1980s. The only difference is that Mr Corbyn seems closer to power than Michael Foot or Neil Kinnock in the 1980s ever came.

So as Britain exits the European Union, what could a balanced view of history offer policy-makers? First and foremost that exiting the EU is not returning to the age of Empire. We may laugh at the notion of ‘Empire 2.0’, a web of free trade agreements with countries that speak English and feel some affiliation with Britain. But the new multipolar world requires a much more global approach and above all an understanding of how Britain intends to position itself vis a vis a populist US government, Putin’s Russia, Modi’s India and above all Xi’s China – not to mention a reinvigorated EU probably led increasingly by the centrist, cosmopolitan Macron.

A balanced view of history would recognise that a country fortunate enough to be a UN Security Council member because of its history, with a significant and disciplined military, a leading if not growing economy, the home of the most widely used language in the world has much going for it, perhaps more in soft power even than hard power.

It would also suggest that leaving the EU, one ‘block’ in the dangerous, multipolar world , will make it still more vital to be a leading member of international institutions like NATO and the community of the Accord de Paris, so that Britain does not become an isolated player in international affairs. The global map has long since ceased to be dominated by pink.

A rational view would also suggest that a post-imperialist free trade nation, if that is where the UK is heading post 2019/21, needs to have a sensible view of the role of global migration and openness to foreign investment. Prime Minister Modi made the connection between the two abundantly clear when Mrs. May visited India last year, whilst reminding Mrs May of the importance of Indian investment and contribution to the UK.

Above all, perhaps, both Right and Left, and the reviving centre ground of British politics need a positive, affirmative but humble approach to Britain’s future based on exactly such a perspective on its past. Nostalgia is a bad starting point for the future. Nationalist chest-beating even worse.

I’m reminded of Churchill – yes, that controversial figure in British history. With Britain victorious but impoverished, Churchill articulated an international strategy in the 1940s, in opposition, which seems extraordinarily prescient. Maintain the empire (or in the modern idiom, maintain good relations with former dominions), keep close to the US (as presidents come and go) and take a positive, collaborative approach to European partners.

The manner of the parting from the EU will determine the extent to which Britain will still be seen as positive, collaborative and trusted by European partners.