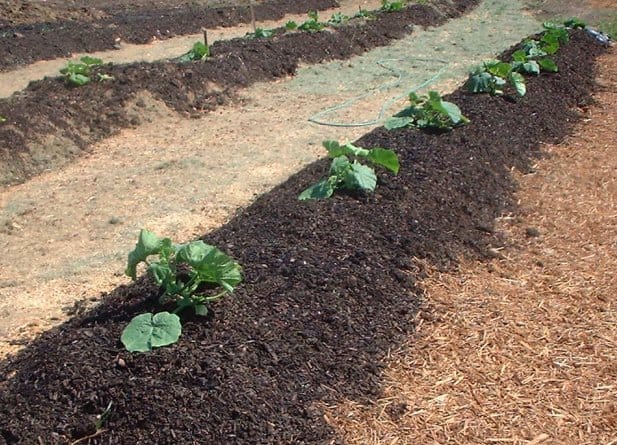 Odds are, you’ve never heard of biosolids. Most folks are not familiar with the term, which saddens me because biosolids are at the heart of one of the most egregious ‘scientific’ frauds in modern history.

By fraud, I mean corruption. I’m speaking here of the blatant corruption of several government agencies in a mass deception and poisoning of the public. I’ll just say ‘the public,’ because while much of the story centres in the United States, this is actually an international tale of lies and corruption.

Once upon a time, what is now called ‘biosolids’ was actually known as sewage sludge. Sewage sludge is the disgusting and poisonous gloop which municipal water treatment plants have as the central by-product of their wastewater treatment process.

Toilets and drains are commonly conceived as simply away. Want to get rid of something? Want it to go away? Flush it or pour it down the drain. Simple. Away. And it’s not just households that make stuff go away in this way. The drainage pipes of industrial plants of every kind flow into the same water treatment plants.

So, naturally, you’d think that all sewage sludge is taken from the water treatment plant to some giant—and very expensive—hole in the Earth somewhere — a hole so deep that whatever is dumped in this hole cannot poison ground water, soil, air, people, animals, plants.

Nope. It’s sold as fertilizer — and spread on farms, gardens and lawns.

Some years ago (1995), John Stauber and Sheldon Rampton published an excellent book which was mainly on the topic of the PR industry, called Toxic Sludge Is Good For You. This book detailed many of the facts and details about the renaming, re-branding and spin doctoring which resulted in toxic sludge becoming sold as a “perfectly safe and non-toxic” fertilizer.

What really got me, though, was an article published by Organic Consumers Association, titled How EPA Faked the Entire Science of Sewage Sludge Safety: A Whistleblower’s Story (June 9, 2014).

The article tells a story in which Alan Rubin, a career chemist at EPA’s Office of Water, who is considered the primary author of EPA’s 503 sludge rule, explains what he calls “sludge magic”.

RUBIN QUESTIONED BY MR. KOHN (1999) (3)
“Q. You called it sludge magic? A. Yes, that is my term. “sludge magic” [means] there are unique properties in the biosolids matrix that sequester metals, that sequester organics. By sequester, I mean significantly reduce the mobility to move from the biosolids out to the environment, and the matrix is really complex, and has organic material in it, organic pollutants, I’m talking about organic materials, like unit type materials, and carbohydrates, and manganese, and iron, and phosphorus, and all of these work together with the soil in a matrix to significantly reduce, if not eliminate movement of pollutants from the biosolids out to the environment.“

There is a technical, scientific term which chemists have for the sort of thing Alan Rubin said to Mr. Kohn. That word is bullshit. It was bullshit science (outright lies) which resulted in vast portions of land being spread with toxic sewage sludge.

Weirdly, though biosolids are no less toxic today than they were in 2014 – when that article appeared in Organic Consumers Association – to this very day, biosolids are being used as fertiliser in the USA and other countries.

It seems we are not learning very rapidly about the chemistry of bullshit in ‘science’.

And if you’re wondering if food plants grown in toxic soil produce toxic pumpkins, beans and strawberries. Yes. They do. Also, particles of dried biosolids blow on the wind, which air you breathe. And they leach into groundwater. Etc.

So what have biosolids got to do with the energy transition narrative?

It’s not the only narrative on energy transition, but it is the one which comes to mind for most of the public when they hear or read the phrase “energy transition”. It’s a story of the full replacement of current levels of energy with so-called “renewable energy”. It’s the replacement of fossil fuels with solar panels, wind turbines, geothermal, tidal, and hydro-electric energy. It’s the electrification of everything—cars, trucks, ships, boats, bulldozers, tractors…. It’s a story of “zero emissions” and “clean energy,” and that story is mostly also bullshit.

So, the way these two stories intersect and overlap is my interest in bullshit. Maybe I’m not a journalist, precisely, but when I write about the climate crisis, energy transition, the biodiversity crisis, the ecological crisis which is at the centre of all of our lives these days—whether we know it or not—I want to be very careful not to spread the bullshit around.

I want my data to be accurate, trustworthy, solid. Not biosolid. Not bullshit. I want to deal in real facts and truth. And that’s much more challenging than many people believe.

Sometimes, the data doesn’t even exist. Or, if it exists it is very difficult to locate. Take for example these recent words of one of the world’s foremost experts on energy in relation to ecology and economy, Richard Heinberg:

“There’s one other hurdle to addressing climate change that goes almost entirely unnoticed. Most cost estimates for the transition are in terms of money. What about the energy costs? It will take a tremendous amount of energy to mine materials; transport and transform them through industrial processes like smelting; turn them into solar panels, wind turbines, batteries, vehicles, infrastructure, and industrial machinery; install all of the above, and do this at a sufficient scale to replace our current fossil-fuel-based industrial system. In the early stages of the process, this energy will have to come mostly from fossil fuels, since they supply about 83 percent of current global energy. The result will surely be a pulse of emissions; however, as far as I know, nobody has tried to calculate its magnitude.”

This “pulse” of which Heinberg speaks is, to my mind, perhaps the main reason the mainstream narrative on energy transition isn’t at all accurate or honest. It falls apart on the prospect of near term emissions reductions alone! (At least, I think it can be shown to fail in this way.)

But there are many, many more reasons — for example, rare and scarce metals are required in volumes which are not likely to exist for a massive build out of electric cars, solar panels, wind turbines – and all the devices and infrastructure entailed in the mainstream story of ‘energy transition’.

If sufficient quantities of these rare metals (and other materials) exist, this enormous pulse of mining and manufacturing will necessarily have gargantuan harmful impacts on land, water, soil, air, wildlife and people — harms not directly related to greenhouse gas emissions, per se.

For a heart-rending expose of the toxic horrors associated with the mining of these metals, please see The Price of Green Energy, the documentary film recently produced by DW (Deutsche Welle), which has strangely disappeared from DW’s website and YouTube channel.)

In any case, these scarce and rare metals are already leaping in price enormously, and can be expected to leap a lot further in price, so it’s likely that on price ($) alone the mainstream narrative on ‘energy transition’ is likely to be complete bunkum.

Mainly, what the mainstream energy transition story gets wrong is its proposition that there can and will be a smooth transition to a newfangled version of the same ol’ same ol’ (also known as business as usual).

Business as usual is a capitalist, industrial, luxury-based and luxury dependent, growth economy for those living in the global north (rich world). And those who are selling us the mainstream fantasy of ‘energy transition’ seem to me to be just about as honest as those who waved a sludge magic wand over sewage sludge and pronounced it harmless.

The truth of energy transition is that while ‘renewables’ must play an important part, they cannot simply replace fossil fuels. Period. In short, there will be a lot less energy to be had as we phase out fossil fuels. Less energy and materials will be available in the future economy if we take emissions reductions (and other harms) seriously.

The economy will be smaller and slower. And that’s not such a bad thing, really, according to the degrowth movement. And I fully agree with them on that!

When I go in search of figures, numbers, data, about energy in relation to ecology and economy, I’m often brought to the website of the very same EPA whose lead scientist studying sewage sludge faked his science and unleashed a toxic torrent upon the world. Naturally, you’ll understand if I say I don’t know if I can trust that data, that science.

And I’m just as apt to wonder and doubt when the data is coming from the UN, or from the International Energy Agency (IEA) — from any public or private source, in any government or non-governmental body. For there is one thing my years of learning and researching has made clear to me.

I put it this way: money bends light.

Drop a spoon into a glass of water and look. There is a refraction process happening here. Light is being bent in such a way that the spoon seems to be broken or bent.

This is the visual metaphor I have in mind when I say money bends light. Light has long been a metaphor for knowledge and understanding.

I don’t want my light to come to me bent. But that means I have to look very carefully at the data and its source. Who is paying for the study? Might they bury any study or data which offends their profits? How can I trust them? Why should I? What’s really going on here?

These are not questions with easy answers. I wish it were otherwise. Science itself is good and innocent. But there is corruption in science. And this is a fact. It’s not in all science. It’s in some science, in the form of stories, data, narratives.