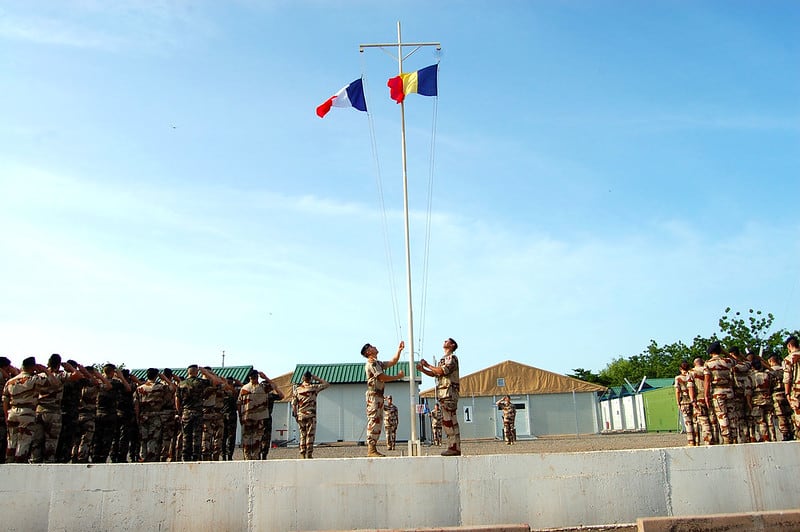 For the second international trip of his second term, from 25 to 28 July, Emmanuel Macron has decided to visit Africa (Cameroon, Benin, Guinea-Bissau). The President of the Republic rightly believes that the destinies of France and the African continent are closely linked.

Is the policy of the “pré carré“, which consists of Paris’ priority interest in the countries of the former French West Africa and Equatorial Africa (AOF and AEF), reprehensible? Absolutely not. The historical, political, economic, linguistic, cultural and, let’s face it, emotional ties forged with these territories since Jules Ferry have forged a magnificent common human heritage that it would be shameful to leave untouched.

Other powers, such as China, Russia and Turkey, are interested in Africa. They are never unhappy to oust the French.

But under a veneer of altruism, they do a poor job of hiding their overriding objectives. The Africans eventually see through their game.

The Chinese have a predatory attitude towards Africa’s mineral, forestry and fisheries resources. They are not interested in Africans as such. For Putin’s Russia, Africa represents a military playground where it can challenge the West with less risk than in Ukraine. Turkey under the Erdogan is only interested in spreading the puritanical yet modern Islam it embodies.

France is the only power that sincerely wants African development to succeed. Its long-standing policy of military, economic and cultural co-operation is proof of this, despite its occasional blunders. Moreover, it is in France’s best interest to know that if African agricultural and urban policies fail, it will see millions of migrants rush to the Mediterranean.

In Africa – and particularly in Benin and Cameroon – France is expected to act on three levels: security, economic and cultural. The first is the most difficult. It must be acknowledged that, for the past eleven years, France has been at odds with success on this front.

In 2011, it undertook the military destruction of Gaddafi’s Libya – a country that was very popular in Africa – trampling on an African Union mission in Tripoli and ignoring the warning expressed in Le Figaro by the president of Niger.

This mistake, which remains to this day the most serious in foreign policy of the entire Fifth Republic, was unfortunately not limited to Libyan territory. It spread chaos throughout the Sahelian strip.

With Operation Serval in Mali, and then Barkhane, France has embarked on a second war to try to repair the consequences of the first. Unfortunately, it cannot be said that this has worked well. The French army has not prevented Islamist gangs from proliferating and carrying out ever deeper raids in sub-Saharan Africa.

It is estimated that Islamic terror now affects three quarters of a once very peaceful country, Burkina Faso (the former Upper Volta).

In Mali, France has unwittingly fallen into the colonial trap. It lurks in all long-term military installations in Africa. The French soldier is initially perceived as a liberator. But the longer he stays, the more perceptions change.

In a classic scapegoat dynamic, he is gradually held responsible for everything that goes wrong in the country. In the long run, he is no longer perceived by the youth as a good Samaritan – which he actually is – but as an occupier.

France cannot take the place of states that have been independent for more than sixty years and ensure the security of entire regions of their territories. It can only support those states whose political objectives it shares: by training officers and non-commissioned officers, by supplying equipment, by providing occasional relief.

Economically, the state should not be afraid to help French champions in Africa. In 2018, the courts sought to harm Bolloré, the major logistics and port group in West Africa, which had done a lot to open up the territories of this region.

Vincent Bolloré preferred to throw in the towel. Not to mention the Chinese and Turkish groups, our German and Italian competitors do not have judges in their own countries who dream of nailing them for “corruption” at any time, without regard for the quality of the investments they make in Africa.

Culturally, Africa is our last chance to maintain the status of French as a world language. The European ground has unfortunately been lost (since 1957, when we failed to make French the sole working language of the Common Market). Paris should not be reluctant to subsidise all schools, books and equipment involved in learning French.

France must succeed in Africa! It is in the interest of both the French and the Africans.