Forget the Avengers – we need women’s voices (including here…) 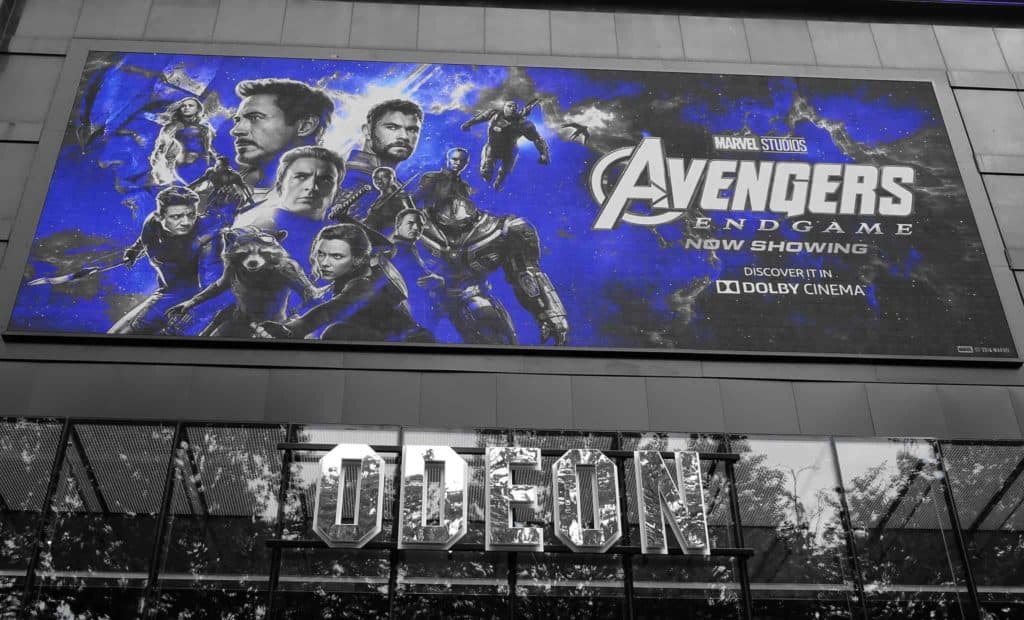 I never have had much time for superheroes. Entire stories and worlds in which women barely feature, apart from as occasional love-interests, always read like the self-aggrandising fantasies of male comic-writers and directors, somehow given big budgets to play out their make-believe on cinematic scale.

I don’t watch the films – the tales of ordinary men turned into extraordinary men don’t matter much to me.

Putting on BBC Parliament can feel a lot like watching the latest offering from Marvel Studios. Last month, a battle played out between Boris Johnson and Jeremy Hunt, two particularly average men. In fact, they are two particularly similar men. Both in their 50s, both Oxford educated, both have been Foreign Secretary. (No, they probably won’t wreck the streets of Manhattan, but they may destroy the British economy.)

Of course, you would be hard-pressed to find a politician or journalist who publicly believes that women should not have political equality, that they are not capable, that they lack a steady hand. The moral argument has been won. But the reality of our daily politics does not reflect that victory.

The Brexit trajectory has been directed by men – Johnson, Bercow, Farage – often against a female Prime Minister’s wishes. They get the speeches, the soundbites, the think-pieces. If Theresa May can be impotent, what chance have other women? Kate Hoey and Gisela Stuart have been two women working for Brexit, yet what time has been spent focussed on them? I would struggle to pick them out of a line-up.

Climate change, economics and Brexit all affect women – disabled, BME, LGBT+, low-income. In fact, there has been much written on how the latter will disproportionately hurt women’s jobs, pay and access to public services.

This is why the attention given to Johnson and Hunt is so maddening. Boris Johnson will now direct the course of the country. And multiple female points of view – which may be useful in identifying the blind spots and surprising outcomes which result from huge upheaval – will likely be sidelined.

Our democracy is a representative one. MPs are expected to work for the good of the nation, but also to defend the interests of their constituencies. From being elected from within these geographical boundaries, MPs try to be loyal to these specific voters. In recent years, new constituencies have gathered.

As every part of the country is represented, we now want all society to be represented, too. There are currently 209 female MPs, out of 650 – an all-time high and significant jump from a few years previous, but 18 per cent off equal. The perspectives from Chelsea and Stockport have equal chances. Do the perspectives of women have the same as men?

I count myself represented in my own town by its (male) MP, and well, too. But I also look to figures like Stella Creasy, Jo Swinson and Emily Thornberry to represent my interests as a woman. Take a look at the time of New Labour, which oversaw an increase in female MPs entering Parliament. An increase in legislation on domestic abuse and violence against women soon followed (Sexual Offences Act, 2001/3; Domestic Violence, Crime and Violence Act 2004).

Shared perspectives lead to shared causes. These bills were not passed for traditional constituencies, or even the nation. They were passed primarily for the constituency of women. Another domestic abuse bill will be debated this autumn.

What priority would it be given if a future PM had relied on previous legislation once before? For that matter, what would have happened with Brexit if negotiations were run by immigrants, exporters or hospital staff? People have fought for representative democracy so that the balance of power could be held by the population. Why are identity politics so animated right now? People look at Parliament and doubt whose side it’s on.

Moreover, intelligence is no substitute for experience. The more diverse array of experiences represented in Parliament, the more innovative and effective solutions. I highly doubt any politician had ever condoned gendered violence. But it took until 1997 to recognise the gaps in the welfare system previously unseen and to try to provide solutions.

A story recently broke about one of the most powerful companies in the world: For four years, Amazon had been using AI software to help make recruitment decisions.

First, HR fed it data about current Amazon employees. This would naturally mean the computer would select candidates who would be a success at Amazon. For four years, the computer did just that – noting that the only people successful in tech developer role were men. So it instantly downgraded all female CVs and recommended male CVs.

The failure to hire talented software developers because they were female is itself potentially a colossal waste. But this story also functions as an analogy of the ‘groupthink’ resulting from shared backgrounds. People who reach success sometimes fail to ask why. They cannot see the bugs in the system, where things don’t work so well. It can perpetuate pre-existing issues, avoiding innovation and failing to provide solutions to problems it didn’t even acknowledge existed.

In figuring out the effects of one piece of legislation on a particular community, it’s quite possibly quicker and more accurate to ask that community. And the possible outcomes of all new policies can be better judged by an assembly which mirrors the society to which the laws will apply.

This is another argument for a representative democracy. Journalists have written on the possible pitfalls of Brexit, how its impact might deliver indirect and unpredicted results. But focus remains on the big stories, not the important details. The story of British politics has been constantly portrayed as the fight between dynamic individuals who have deceived and out-maneuvered each other, continuing rivalries first established on the playing fields of Eton.

Women are currently sidelined from the reigning political narrative, practically thrown off the pitch. Instead, the future of the country will be decided by an Eton rugby captain. Again.

To be truly radical, Radix must be the difference in British politics. So far, it perpetuates the emphasis on male voices (see https://radix.org.uk/fellows/ – technically worse than the Tory leadership contest). This is an imbalance which needs to be fixed.

Radix’s aims are by no means unambitious. Recent publications feature a variety of topics by a variety of writers, covering competition regulation to environmental campaigns to political parties.

This comprehensive attention should be encouraged. But so should the diversity of the authors. The biggest change is in attitude. Are you sure of your priorities? What are your blindspots? Of course the outlook of Radix will come from a place of centrism – but that should still leave plenty of room for debate! Including women in that debate may change centrism’s definition.

Beware of centralised thinking and insist on wider communication. You may find solutions to problems you weren’t even aware existed.

To ‘reimagine society’, you need society to get involved. I certainly cannot talk with authority about the intricacies of Middle Eastern foreign policy, as interested as I am. Nor can I write convincingly about social care provisions for the over-70s. Few people would consider my contributions on these topics useful. And if they did, then fake news may have taken over.

But by bringing people who can, collectively, build a picture of life in modern Britain, you can start to build a politics which suits. Otherwise you risk simply reimagining the society you can see from your doorstep.

Ultimately, people demand a share in the political process itself, regardless of the decisions finally made. I may have despaired to see Prime Ministerial options narrowed to Johnson and Hunt, but this does not mean I believe a climactic battle sequence between Andrea Leadsom and Esther McVey would have solved all our problems.

What was disappointing in this summer’s Tory leadership battle is how it throws doubt on all claims to be representative and democratic. Did voices of a higher pitch ever really have a chance? If not, then the race was not meritocratic, hardly democratic and barely legitimate. The same illegitimacy will be applied to Radix unless it makes strong efforts to open its doors.

I have not watched a single Avengers or Superman film. My experiences barely feature and so I cannot honestly generate the interest. In the same way, it is so easy to look at Johnson v. Hunt and put your phone on silent.

But whatever the issue, politics affects everyone. By everyone, I include the 50 per cent who are women. This is the difference between Hollywood and Westminster: the former I can, for the most part, ignore; the latter will not ignore me.