For Prague, Russia is no longer the enemy 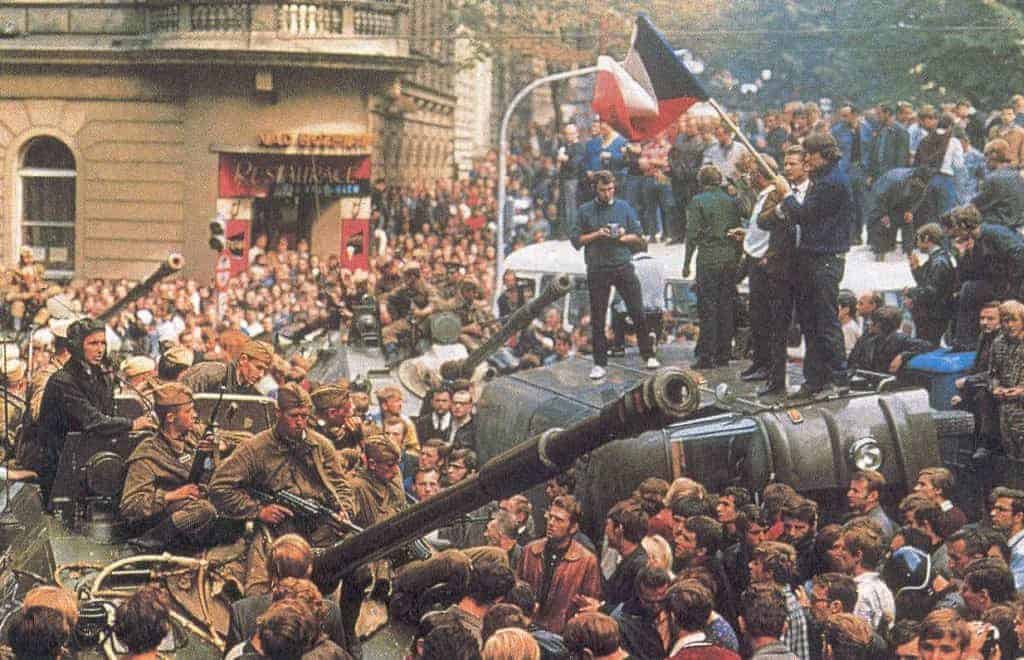 In the collective unconscious of the Czechs, throughout the second half of the twentieth century, the main enemy of their nation sat in Moscow.

Two years were traumatic for them: 1948 and 1968. In February 1948, Stalin ordered the communist party to sabotage the post-war national unity government and seize power by force, even if it meant defeating Jan Mazaryk, the pro-Western minister of foreign affairs. On 21 August 1968 at dawn, on the orders of Leonid Brezhnev (a Ukrainian communist who was then the master of the Kremlin), Warsaw Pact tanks invaded Czechoslovakia to take the wind of freedom out of the sails of the Prague Spring.

On this occasion, Brezhnev elaborated his theory of the “limited sovereignty” of the Eastern countries, formally allied with the Soviet Union within the Warsaw Pact.

In 1948, a significant part of the Czech intelligentsia was acquainted with the ideology of Moscow’s communism. On the other hand, in 1968, almost all Czech intellectuals were on the side of the Prague Spring.

The ‘normalization’ that followed the Soviet invasion was not as ruthless as the forced conversion to communism in 1948, but it was still severe. All intellectuals who had not chosen to go into exile were expelled from their professorships. Researchers, publishers, filmmakers or journalists; they were forced to engage in subaltern manual labour.

This happened, for example, to Milos Zeman, the current President of the Czech Republic, who was re-elected in January. As a young economist, Zeman had joined the reformist Communist Party of Dubcek during the Prague Spring. In 1970, he was sidelined because of his opposition to the invasion of his country by the “brother” countries of the Warsaw Pact, and he lost his job.

In 1989, he participated in the Velvet Revolution. At the head of the Social Democratic Party, he won the 1998 legislative elections and became prime minister of his country, a position he held until 2001. After leaving politics for a short time, Zeman returned in 2013 to win the first presidential election organised through universal suffrage.

In his political career, Zeman effectively campaigned for the Czech Republic’s accession to NATO and the European Union. After the Russian annexation of Crimea in 2014, and when it was still believed that Russian tanks could break into Ukraine at any time, Zeman publicly advocated a preventive deployment of NATO to the west of this country. Zeman is clearly not a pawn of the Kremlin.

But what is interesting about him is that he refuses to be anti-Russian in a systematic way. On May 9 2015, as it became clear that the Russian army would not invade Ukraine, he went to Moscow to attend the parade celebrating the 70th anniversary of the victory over Nazism. To those who criticized him, he responds: “Is it not thanks to the Russians that we Czechs are not obliged to say ‘Heil Hitler’?”

He banned from the presidential palace the American ambassador to the Czech Republic who publicly criticized his trip to Moscow. “What would the Americans say if the Czech ambassador in Washington allowed himself to tell their President where to go or not to go on a trip?” he explained.

In November 2017, he went on a state visit to Russia, accompanied by 140 Czech businessmen. In front of Putin, he publicly declared that “the future of the European Union lies in good relations with Russia!” Many Czechs criticized the Russian-speaking Zeman for making foreign policy that diverged from that of his prime minister, who remained a classical NATO supporter.

Despite his clearly stated pro-Russian sentiments, Zeman was re-elected by universal suffrage in January 2018.

How to explain such a strategic turn in a Czech population which still remains very attached to the EU? Russia is no longer felt by the Czechs as their main enemy. “The enemy is this anti-civilization that extends from North Africa to Indonesia. Two billion people live there and it is financed in part by oil sales, and partly by drug trafficking,” proclaimed Milos Zeman in 2011.

Like their neighbours in the Visegrad Group (Slovakia, Poland, Hungary), the Czechs are appalled by the problems created for Western Europeans by massive Muslim immigration. They could never have imagined that a massacre like that of the Bataclan could happen in Paris.

They refuse migrants that France and Germany ask them to welcome. As refugees from the Middle East, they only accept Christians. Between 1968 and 2018, the feelings around where the threat from abroad comes from has completely changed among the Czech population.