The secret formula for reviving the political centre ground 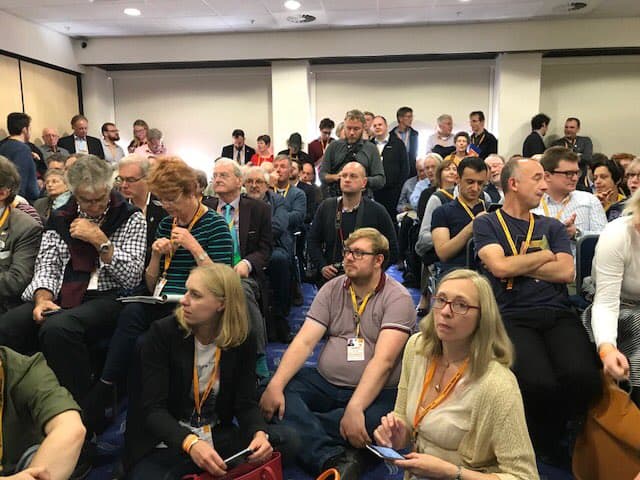 In the Guardian on Monday, I set out five different ways we might kick start politics from a broad radical centre in the UK – by which I mean almost anything except the conventional, conservative Left and Right.

I made what might have been the mistake of starting with Vince Cable’s assertion that he might be prime minister, explaining that politics is in such flux and we might any of us.

Unfortunately, the editors started their headline with the words ‘Sorry, Vince’, which made it look a little like a slapdown. All I can say again is ‘sorry, Vince’.

The article preceded by a few hours the packed and successful Radix fringe meeting, where I spoke alongside Norman Lamb and Jo Swinson. It followed two fascinating Radix meals with the Italian professor Corrado Poli – founder of Radix Italy – about what UK politics might learn from the success of the Five Star movement there, now the main opposition.

In retrospect, one thing struck me more than anything else, and it was the way Five Star bases their appeal – not on the kind of fatuous, meaningless polling so beloved of political parties here – but on two things. First, on in-depth research about social change and the way people’s economic needs are changing. Second, on the kind of personalities who were likely to be open to their message.

This second one isn’t a new idea. It was used to good effect by the Leave campaign in the referendum. But, as far as I know, the Lib Dems have failed to think along these lines at all. I don’t know about the other UK parties.

Let’s just think about the Lib Dems for a moment. From the dawn of the Liberal Revival in 1958, it seems to me that the party became the political expression of the counterculture – from community action to the emergence of the voluntary sector, self-help and self-employment (in the early 1990s, the top ten constituencies for self-employment were all Lib Dem strongholds. This was not a coincidence).

Both the counterculture and the Liberal Revival are both now defunct terms and it may be too late to bring the two together again. But it was fascinating to see that the two attitudes the Five Star targeted in their early days was people who wanted to defend nature and people interested in complementary health.

Both were strong counterculture themes in the UK too. Both imply people who – rightly or wrongly – are prepared to think for themselves, to take action individually and collectively, rather than to passively accept everything they are told by professionals.

I don’t know if the same applies in the UK. I do know that, if the radical centre is to revive, they need to identify what kind of people are likely to respond to a radical Liberal or distinctive new message.

That means that they will also have to define their purpose a good deal better than they have done over the past generation. No more all things to all people. No more clever-clever positioning. But a much clearer idea and a much clearer sense of the kind of people who will be enthusiastic about it.