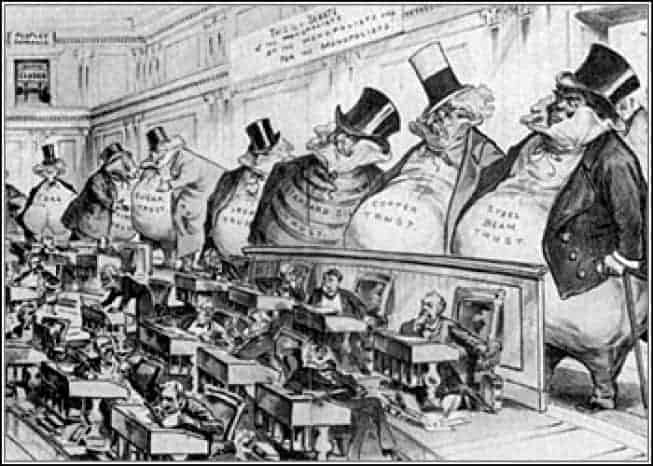 The loss of all those bank details from the vaults of Facebook is on result of having one company build up such a powerfully monopolistic domination. I feel particularly strongly about this because, thanks to Facebook’s lax security, the hackers probably have all my details too, which is kind of irritating.

It may also speed up the company’s demise or break-up, which appears to be coming closer as a result.

The problems of monopoly have been rising up the political charts on continental Europe and the USA, where two activist writers have between them really shifted public opinion – Barry Lynn of the Open Markets Institute in Washington and Stacy Mitchell of the Institute for Local Self-Reliance in Boston. Here in the UK, where we suffer from a fear of major economic ideas (it usually takes the form of a fear of economic crankery) and have a miserably divided political system, we have been much slower.

But quietly and without much fanfare, the world’s central bankers discussed the matter at their annual get-together in Jackson Hole, Wyoming and that in itself represents a shift. They also heard a paper from economist Alan Krueger from Princeton University on ‘monopsony capitalism’ and how it has dragged down wages in the US economy, and presumably also here.

Monopsony means the reduction in the numbers of buyers, in this case, of labour (not really Facebook, in this case, because we all work for them for free). Especially given the number of agreements in place not to compete on wages. “And it almost goes without saying that the best tool to address anti-competitive practices in the labour market is antitrust enforcement,” said Krueger. I feel sure he is right and that this is coming.

This is also an excuse to draw attention to the publication of the second edition of the Radix newsletter about this vital issue. You can download it here. The latest Radix finance newsletter is also published here.

Radix Fellows respond to the budget

How the pandemic changed construction for the better