Everyone who has tried to coerce Europe into unity has failed. Remember that, Brussels 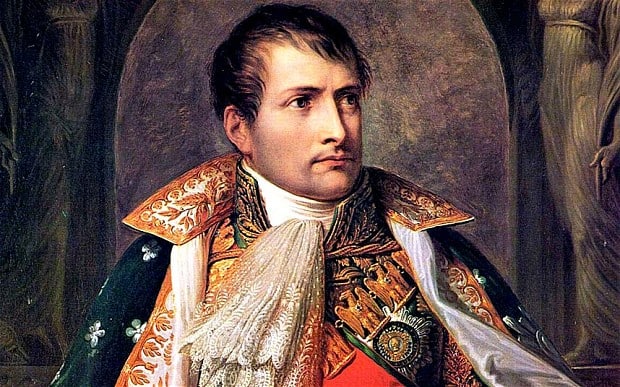 Europe seems to move from one crisis to the next. The Eurozone crisis was rapidly followed by the refugee crisis and the Brexit vote. Today the latest challenge comes from Poland: a government seemingly determined to change how the country’s institutions are structured and the amount of political control exerted on the judiciary. The election of Emmanuel Macron in France has provided a welcome ray of sunshine. How much warmth that will bring to Europe and how long it will last remains to be seen.

What has brought Europe to this point, and is it all manageable and reversible?

The rot started in the Jacques Delors era. European institutions developed a disdain for the nation state, declaring it an obsolete, nineteenth century idea that needed to be replaced by concentrating power in a supra-national structure. We were, supposedly, entering the post-Westphalian era. The introduction of the Euro further cemented this trajectory. It hasn’t worked.

The European Union and its predecessor structures were successful because they presented a positive vision. A vision of a Europe working together for peace and the prosperity of its citizens. Once power started to become more concentrated in Brussels (or, at the very least, perceived to be so) and ever more “European rules” rained down, the psychology of the European project changed.

Nation states no longer came along because of positive motivations. Rather there was a feeling of ever-more centrally imposed coercion not subject to democratic accountability. If there is one thing that we all know for sure is that coercion breeds resistance as surely as night follows day.

The Eurozone crisis and the imposition of policy by the troika of the European Commission, the European Central Bank and the International Monetary Fund once more fed the perception of technocratic imperialism crowding out democratic accountability. At the nation state level, the crisis also split the Eurozone into debtors and creditors that behaved like enemies to each other rather than solidarity-bound partners. Creditor countries showed themselves willing and able to impose untold misery on the populations of debtor states. Sentiment across Europe changed – maybe irretrievably.

The refugee crisis is still playing out. Again the EU now has to tread the fine line between encouraging solidarity and burden sharing and forcing compliance on those countries that have set themselves against accepting any refugees.

Brexit was the next big hit. In itself, Brexit is a body blow to the European Union. But the bigger blow could be yet to come. It could come in five or ten years’ time, if Britain can prove itself to be successful and prosperous outside the EU. This is something that those in Europe with a federal bent will do everything in their power to prevent.

So now we come to Poland. Here the EU is in a double bind. It cannot possibly tolerate one of its nation states undermining some of the basic principles of democracy. Yet it is probably powerless to intervene in any meaningful way if that requires unanimous support from all its member states. If it were able to intervene, it is not clear whether its actions would help or further alienate citizens in Poland and elsewhere.

Everyone who has tried to unite Europe over history has tried to do it by force. And it has always failed. The great, inspiring strength of the current European project was that it attracted willing, enthusiastic and un-coerced participation. But the whiff of coercion has now entered the European project.  And on almost every front. This risks fanning the flames of old and deep seated enmities.

The EU will not collapse. But there is a big risk that, unless a different approach can be found, it will slowly rot away from the inside. And that would be a great shame.