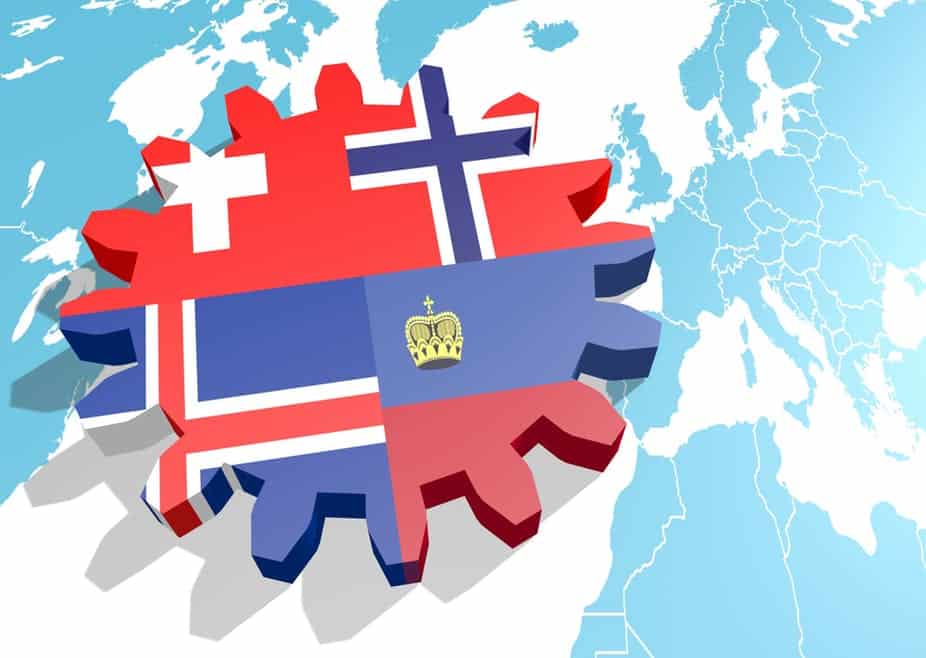 On March 20, we held an event that, sadly, feels rather unusual these days. Not only was it constructively focused on mapping out what a sensible Brexit could look like (rare enough in a world of arbitrary red lines, virtue signalling on both the left and right, and increasingly tribal polarisation), but it was totally cross party.

We assembled a panel of Conservative, Labour and Liberal Democrat MPs – Labours Stephen Kinnock and Heidi Alexander, Stephen Hammond and Antoinette Sandbach from the Conservatives, and the Liberal Democrat Norman Lamb – all intent on working together for a common-sense Brexit, one that is in the national interest rather than their own party-political interest. And there was broad agreement on direction across the panel.

We also heard the closest thing to unanimity, that the only common sense and realistic basis for a Brexit deal that not only delivers on the call for control and sovereignty, but that also protects jobs, certainty and the economy, while reuniting the country was the EEA/EFTA model (plus some form of customs agreement) as the basis of some form of association agreement between Britain and the EU post Brexit.

Britain will not be a rule-taker

While the economic case for an EEA/EFTA model is perfectly clear (the EEA delivers maximal access to the Single Market and is the only trading arrangement outside the EU that includes services), many have dismissed the option as putting Britain in the position of being a rule taker – having to adopt EU regulations and submit to ECJ judgments without having a seat at the table.

It immediately became clear that this is a gross over-statement and mischaracterisation of the issue. EEA/EFTA countries may not have a direct vote at the EU table, but they have clear mechanisms of influence through the various EEA and EU committees, along with possessing effective veto powers (the right of reservation) and the ability to pull an emergency brake on any of the four freedoms.

Unless one wishes to live in a hermit state like North Korea, there is an element of rule taking for any state outside of one of the major three world trading blocks (the EU, USA and China), and EEA membership gives one the greatest possible rule shaping power from outside any of those blocks.

Any EU laws that would apply to the EEA (only 10 per cent of all EU law according to the Icelandic government) are first assessed for applicability by the EEA Joint Committee, and then must be approved and legislated on by national parliaments. That sounds a lot like “taking back control”.

Furthermore, EEA members are not subject to the ECJ, rather, they are under the jurisdiction of the EFTA Court.

How the underpinning philosophy of the EFTA Court differs to that of the ECJ, resulting in quite different rulings in many instances. The origin of this different philosophical approach lays in the founding document of the EEA.

While for the EU the four freedoms are fundamental, serving the ultimate purpose of “ever closer union”, for the EEA the freedoms are instrumental: as Article 1 of the EEA puts it, the aim of the EEA is to “continuous and balanced strengthening of trade and economic relations between Contracting Parties”.

The UK could have been better off during transition

As was made clear throughout the discussion, had the UK government opted for EEA/EFTA as its home for the transition period from March 2019, the UK would have found itself in a position of more influence through transition, sitting outside the Common Fisheries policy and the jurisdiction of the ECJ, while also having real rule shaping powers. Instead, thanks to the vacuum created by the government, we find ourselves locked into a “vassal state” transition.

For the long term, the big issue is, of course, immigration. And again here, the EEA EFTA offers powerful solutions. The EEA has a mechanism and precedent for applying an emergency brake and then comprehensive reform to the free movement of people.

It has been done in the case of Lichtenstein and would have been granted to the Swiss had they chosen to join the EEA.

Nobody was kidding anyone that exactly what applied to Lichtenstein will apply to the UK. But what is significant is that there is precedent, that the process is flexible as it involves a negotiated settlement on how free movement will be reformed and/or ended, and that, as Protocol 15 of the EEA Agreement makes clear, it is not something only open to microstates.

It was clear that some tailoring of the EEA EFTA model would be needed if Britain were to join – and that it would be a tailoring might be welcomed by all as the EFTA treaty is now 25 years old and ripe for re-vamping.

EEA/EFTA would not, on its own, solve the Irish border issues. For that to be resolved, some form of additional customs arrangement (call it a customs union or partnership of some sort if you like) with the EU would have to be agreed. That issue will not go away and will have to be dealt with separately whether the chosen model is based on EEA EFTA or not.

But what is clear is that EEA EFTA membership gets us closer to a solution than any other option as it resolves all of the second order regulatory and rules of origin issues that stand in the way of a truly frictionless border.

The conclusion of the discussion was that Britain has basically three options following exit. Like a new suit, it can be totally bespoke. If manageable, it fits perfectly. But it is expensive time consuming and, today, rather elusive. Just as such tailors are hard to find, the EU have made clear that a fully bespoke deal is vanishing from view.

At the other end, Britain could enter an existing ‘off-the-peg’ arrangement. It is hard to see one that fits perfectly.

We, therefore, see that the best option as the ‘tailored’ option – start with an existing model and make some adjustments to make it fit better. The uniform consensus seemed to be that the EEA/EFTA model would be the best, and only realistic, starting point for tailoring to suit everyone’s needs.

Help us lay the intellectual foundations for a new radical politics. Sign up to get email notifications about anything new in this blog

Calum O’Byrne Mulligan works for Stephen Kinnock, and before that, in Ed Miliband’s office. He was the SME4Labour Parliamentary Assistant of the year 2017, and is committed to working to find progressive solutions to the problems of today.