Don’t give up on constitutional reform quite yet 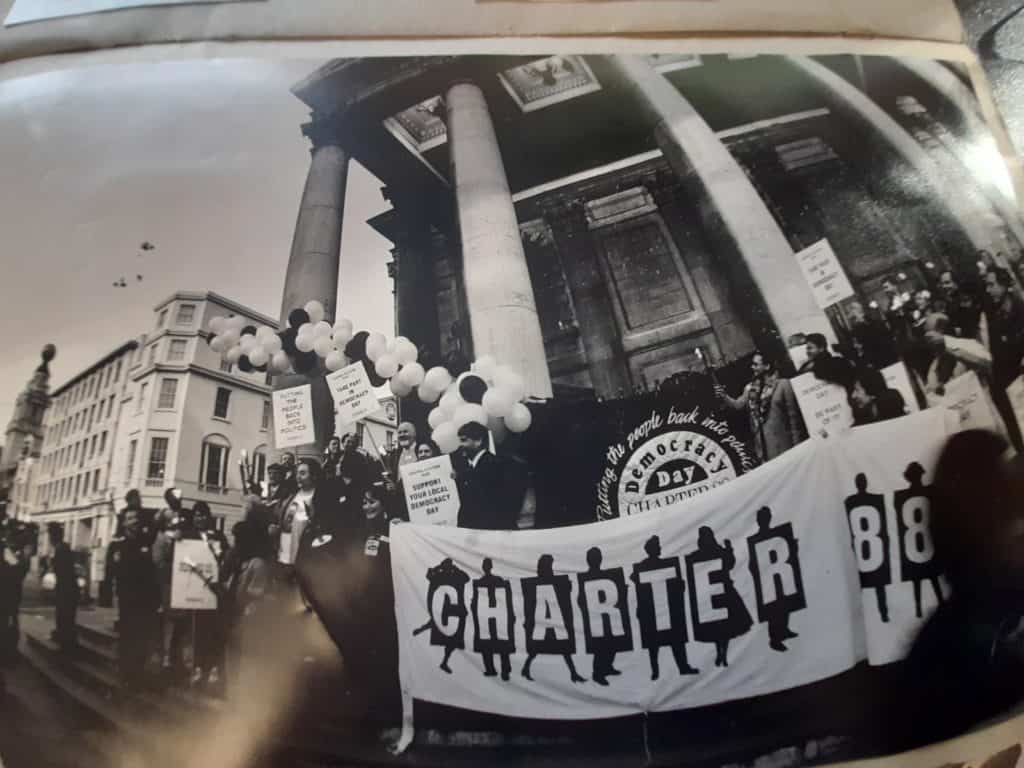 This post is adapted from my introduction to the new Radix pamphlet, The Urgent Future for Constitutional Reform…

A week or so before the beginning of the 1992 general election campaign, Labour’s deputy leader Roy Hattersley was chatting about strategy in the Atrium, the airy and now defunct restaurant that used to be at 4 Millbank.

He had been lobbied every day by Charter 88, the influential constitutional reform campaign, to recognise their efforts to organise a series of public debates a week before polling day, an initiative they called ‘Democracy Day’. And they should, Hattersley and colleagues agreed across the table. They would talk about constitutional reform on their grid exactly a week before voting – if only to spike the guns of the Lib Dems.

Unfortunately for Hattersley – and Charter 88 – the conversation had been overheard at the next table by a senior Conservative strategist, so it was that on Democracy Day, the pro-Conservative press were ready for them with their ridicule – even the Guardian gargled with the phrase the ‘chartering classes’.

Democrac Day itself was a huge success, but there were those senior figures in the Labour Party who were inclined to blame Charter 88 – and the whole bundle of constitutional issues from PR to devolution – for the fact that they narrowly failed to win the election a week later.

My reason for telling this story is that – despite this setback – only five years later, Robin Cook and Bob Maclennan were inaugurating their joint cabinet committee, to put into place most of the Charter 88 agenda (though not PR at Westminster).

The whole affair was done as a kind of consultation prize for Paddy Ashdown, who had been promised a coalition government by Tony Blair in 1997. It was done despite open scepticism from Blair himself.  Sovereignty remains with me, he assured Prime Minister’s Questions, earning himself a rebuke from Ashdown who reminded him that, actually, sovereignty remained with the people.

It goes to show how quickly things change when it comes to the lost and neglected issues of constitutional reform.

We forget it partly, perhaps, because of that highfaluting and rather offputting phrase. How many commentators dismissed any variation from the normal bread and butter issues of politics, quoting Bill Clinton’s campaign manager James Carville approvingly (also in 1992) that “it’s the economy, stupid”. Yet, suddenly, here we are – on both sides of the Atlantic – busily trashing the economy because of populist or nationalist issues that could so easily have come under the heading of constitutional reform.

So given that we now have freedom of information, a Scottish parliament and a Welsh assembly, and the Lords have been half reformed – and it seems unlikely that anyone wants to talk about PR for a while – what are the most urgent ‘constitutional’ issues we need to discuss?

That is the background to our new pamphlet, and the online seminars Radix organised through the summer of 2020. We could potentially have chosen issues like the future of the BBC and the structure of the NHS, both topical among populists, but the ones we actually chose overlap and are all, in different ways, equally urgent:

All these issues cry out in different ways for attention. Because if they don’t get addressed, our ability to ask questions of those who rule us is key to the ability of government to act effectively. Or the UK might simply break apart with all the risks associated with those kind of separations, including unrest and civil war.

These are important considerations, so I hope people will read these contributions, originally talks and interviews, and talk about the issues involved. And we in Radix will be with you talking about them in the years to come…