The diplomatic era of devil-take-the-hindmost 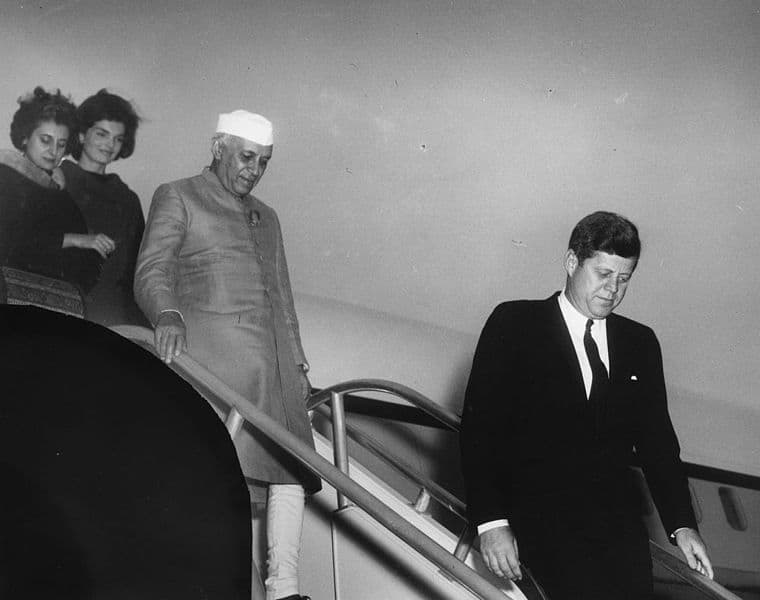 After the Second World War and its march of unprecedented atrocities, the great powers all proclaimed that the pursuit of the ‘common good’ of humanity was now the foundation of their foreign policy. They did so by signing the United Nations Charter, but also through specific declarations.

This imperative of building the common good of the world fed both George Marshall’s Harvard speech in 1947 and the 1949 Cominform Resolutions. The Cold War, the great race for global influence between the US and Russian empires, proceeded under the ‘virtuous’ umbrella of aid to weaker and poorer nations – in spite of the continuing hypocrisy, development and peace in the world are proclaimed as primary diplomatic goals, both in Moscow and in Washington.

When the twenty-nine ‘non-aligned’ participants of the Bandung Conference (1955) – where Nehru, Sukarno, Nasser, Tito, Nkrumah and Chou-en-Lai stod out – rejected the logic of two dominant blocks, they also did so in the name of the common good of humanity. In their eyes, that lofty aim was to be served by freedom of all peoples and strict equality between all nations.

In a press conference in September 1965, when he had managed to restore the independence of French foreign policy, General de Gaulle pronounced that France had a global vocation. The ultimate goal of French diplomacy was to contribute to “the development of the entire earth”.

After the end of the cold war, the American hyper-power sought to drag all other nations towards a ‘new world order’. This is the phrase used by President George H. Bush in Congress in September 1990, shortly after Iraq’s invasion of Kuwait. To promote peace in the world, the United States advocated respect for international law-embodied by the UN and free trade governed by the WTO. In the 1990s, Europe, China, India and Russia did not disagree. When the UN General Assembly proclaimed that 2000 would be the International Year of the Culture of Peace, the great powers all sincerely desired to make their contribution towards those goals.

Unlike his father, when George W. Bush reached the White House in January 2001, he did not surround himself with Metternichian realists, but rather with neo-conservative idealists. As Leo Strauss’s self-proclaimed disciples, they exhibit the same violence and nihilism prevalent in contemporary Eastern dictatorships. They wished to prevail everywhere in the name of good old democratic principles. But blinded by their ideology, they wanted, like the Marxists they once fought, to sweep away the past; to break free from international law and destroy the UN system that had been rehabilitated by Bush Sr. Without authorisation from the Security Council, they invaded Iraq in March 2003.

The consequences of the Iraqi fiasco will go well beyond the confines of Mesopotamia. By violating the law of the people and then failing in the ground war, they paved the road to hell with their good intentions. Neo-conservatives became inaudible across the globe. Without intending to, these universalists killed universalism.

Since then, a traumatised United States has gradually withdrawn from the world. From Obama’s “leading from behind” to Trump’s “America first”.

Surprised by the UN’s authority being blatantly usurped in 2003, the Russians started to take their own liberties with international law – in Georgia in 2008, and in Ukraine in 2014. Russia is now enmeshed in an anachronistic strategy of exerting influence throughout its former empire – a construct that no longer exists.

As for the spirit of Bandung, it evaporated. China, the new emperor, is only thinking of strengthening its trade routes, stepping on its neighbours’ toes, and ignoring the spirit of WTO agreements. India, seduced by consumerism and production, has given up spreading Gandhism. Pan-Arabism is dead and Yugoslavia has disappeared.

Even in Europe, we have moved into an era of every man for himself. Did Papandreou’s Greece really deserve such a violent purge? What would it really have cost Germany to give it a more charitable hand?

In international relations, the principle of the pursuit of the common good has never been a guarantee of peace. But, let us not forget, it get us much closer to it than a withdrawal into every man for himself and the devil take the hindmost.