Democracy must mean more than ‘What I think, right or wrong!’ 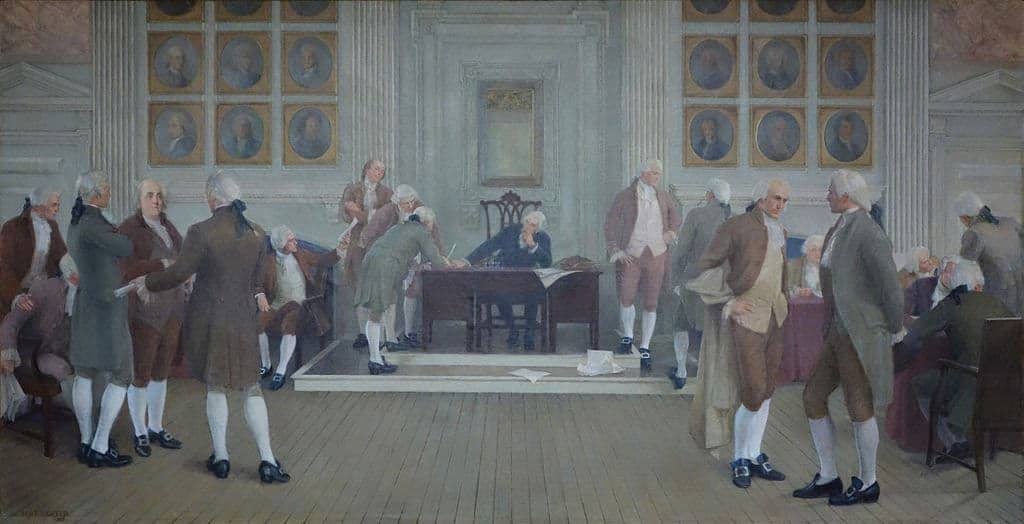 What is democracy, I wonder?

It seems to me that we are entering an era where ‘democracy’ has become a term that is commandeered by anyone wishing to shut down debate and push their own perspective as being the only way forward. In the process the concept of democracy will become degraded.

We end up with the Erdogans and Putins of this world who turn democracy into a thin cosmetic veneer for authoritarian rule.

All this was brought into sharp relief as I was reading the hysterical commentary that has started following the resignation of Justice Kennedy from the Supreme Court of the United States. President Trump will now have to nominate a justice to take his place and impact the balance of opinion in the Court.

“The last vacancy was brazenly stolen by shameless Republican leaders with no respect for American democracy”, blurted Tom Perez, chairman of the Democratic National Committee. “We need all hands on deck to stop the court from taking a vicious, anti-worker, anti-women, anti-LGBT, anti-civil rights turn,”

These are interesting comments that deserve to be parsed further.

The US has probably one of the best institutional structures in the world. The Constitution foresaw the many of the challenges of maintaining one particular conception of ‘democracy’ and built in a number of checks and balances into the system. The Founding Fathers were thoughtful and did as good a job of it as possible while also recognizing that any system built by humans and implemented by humans will always be imperfect.

The Supreme Court is one of the most effective and probably the most highly regarded institutions in the US. It’s role, however, is very different from that of any normal court. It is not there to enforce the laws of the land but rather to interpret the US Constitution – written over 200 years ago – in the context of issues and questions that arise in today’s world.

The role of a Supreme Court justice is therefore one of interpretation and that is inevitably framed by the individuals’ own world view and value system. There is no ‘objective’ or ‘neutral’ way of doing the job.

Understanding this and trying to create a balanced system, the Constitution gives the President the right to nominate and the Senate the right to confirm. The system also appointed justices for life so that they could not be put under pressure to behave one way or the other under threat of being fired.

Overall, it’s hard to think of a substantially better way to build a system. The only alternative would have been to make appointments totally independent of elected politicians by, say, handing the decision over to the judiciary itself.

It’s not clear that that would have been a more ‘democratic’ approach. Or that the judiciary itself would not end up making appointments based on their own value systems and political beliefs.

So now we have a Court vacancy and the system kicks in.

It is to be expected that the President – like all Presidents of any colour that have gone before – will pick their nominee on the basis of two criteria. First of all that the nominee broadly shares the President’s own world view and set of values. Second that the nominee has a high chance of getting through Senate confirmation hearings.

President Obama successfully nominated Justices Sotomayor and Kagan to the court. Both justices with ‘liberal’ leanings. As a Senator, he opposed both Justice Kennedy and Justice Alito – and both on the same basis: that, in his view, their record showed that their decisions too often tended to come down in favour of the powerful rather than the powerless.

In other words, his objections were on ideological or, if you like, political grounds not on the basis of capability (he made clear that they were both perfectly capable justices).

So now we have a Trump presidency and the President will doubtless behave in exactly the same way as every president before him. The comment from Chris Murphy quoted above is plain and honest. He would like to find a way to ensure that the Court is not skewed towards political positions that he disagrees with. This recognizes both the importance of the court and the inevitably political nature of its decisions.

Tom Perez’s comments, on the other hand, are more difficult to understand. If due process was followed, then it’s hard to understand what ‘stolen by shameless Republicans’ means and how they showed ‘no respect for American democracy’.

Or, to put it another way, how Democratic presidents who nominated justices that embodied their own view of the world and got them through the confirmation process were showing more respect for American democracy than Republican presidents who did exactly the same thing.

Those who designed the system understood perfectly well that the choice of justices would be driven by political beliefs. But, over the long run, as Presidents and Congress rotated between Democrats and Republicans, the balance of the Court would, more or less work out. Of course, they also understood that not every aspect of a democracy can be codified and that a functioning system depends on people respecting the spirit of democracy (whatever that is) as well as the letter of due process.

The current situation is more difficult for two reasons. The first is a President who has shown himself to have political views that are towards one ideological extreme – reflecting the polarization and extremism that is now infecting politics everywhere. The second is that the Justice that is appointed may well hold the swing vote on many issues.

That combination is highly unfortunate and, for many, extremely worrying. But it is not undemocratic.

We tread on dangerous ground when we start believing that democracy is only valid when our own political views are the ones that prevail. That is a sure way of undermining the very concept of democracy. The democratic challenges of our times are the increasing polarization of views, the lack of respect for those whose views we disagree with, and the erosion of common decency in political debate.

Mr Perez should reflect whether his intemperate comments help or hinder the spirit of democracy itself.