Why the Death of Stalin feels worryingly familiar 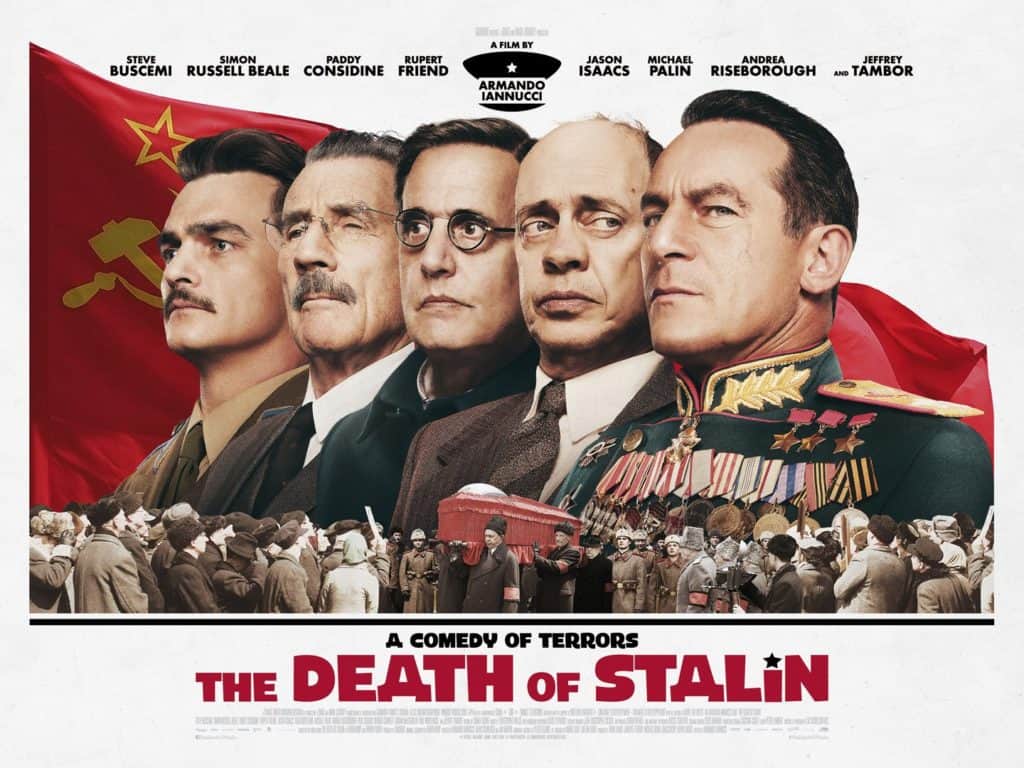 We had what my youngest son used to call an ‘insect day’ at my eldest son’s school on Monday, so we spent the afternoon watching The Death of Stalin, the new Armando Iannucci film.

It is rather fabulous, with a extraordinary performances by the main cast as Khruschev, Beria, Molotov and the rest of the gang. The film could equally have carried the title ‘The Death of Beria’, who is played magnificently by Simon Russell Beale.

I found myself haunted by the experience, by its black  humour and what Hannah Arendt called the ‘banality of evil’, but also perhaps wondering why aspects of it seemed so familiar.

I have come to the conclusion that this was only partly because the same style of tyrannical wrestling with reality was the subject also of Iannucci’s TV series about UK politics, In the Thick of It, with the fearsome Malcolm Tucker in the proto-Beria role.

It was also because of the phenomenon, identified by the French philosopher Jacques Ellul, that – if you fight someone – you get like them. So by fighting the Cold War, by engaging in eyeball to eyeball confrontation with the Soviet Union for so many decades, we began to imbibe some of their thinking.

I mean partly the way we conduct our politics, like great separate Kremlin style soap operas, with Westminster operating with a whiff of the same centralised, struggling incompetence, without talent or trustworthy institutions. Of course, our professions have not been sent to the gulags, but most institutions regarded as threatening the establishment’s right to rule have still been gutted.

Also perhaps the technocratic, not to say Stalin-esque, way we approach the problem of services, requiring people to stay still and passive to make them easier to process and subjecting the professions to detailed thought control.

There are also the extraordinary stories now emerging from the undercover work by Channel 4 on the front lines of universal credit (“I got brownie points for cruelty,” said one Jobcentre advisor).

It is a disturbing but undeniable aspect of human nature that if lazy cruelty is ever allowed, by those put in charge of a class of being, with tacit permission to behave as they want, then they will be tyrannical. From Huntingdon Life Sciences to Universal Credit, via Beria’s secret NKVD, the rule still seems to apply.

But the ghost of Stalin’s Russia is alive and well, perhaps even more so, in the corporate world – with their great marble porticos, their manipulation of reality (Tesco’s auditing, VW’s emissions tests) and their tyrannical treatment of staff (take Amazon for example). Or the sudden disappearances, the airbrushings out of corporate photos. Or the dismissal of Barry Lynn and his team from the New America Foundation  for having the temerity to criticise Google, the great monopolists.

There are also parallels with the great lies the establishment tells itself – like the delusion that there are bank managers, individual doctors, youth services, probation officers, supportive job centres, to help and support us through life. There are not, or not any more.

The question is whether these parallels were in Iannucci’s mind when he gave us this vision of the inner circle of the Soviet Union, squabbling and lurching from one great blunder to the next. The stakes were higher of course, for them personally, but perhaps not for the rest of us.