Deal or no deal? That is the question 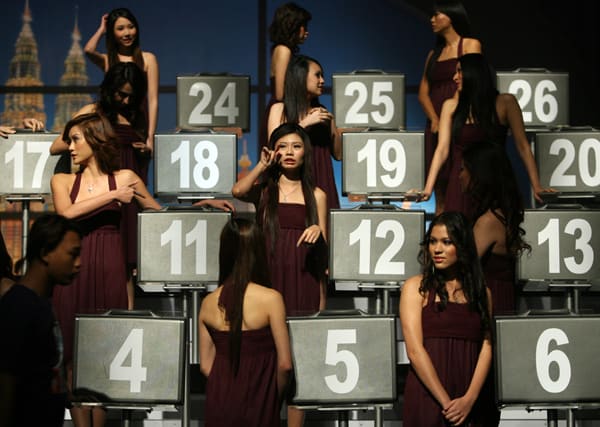 So here we are, the talks without result will go “the extra mile” for a few more days, and may even continue in some form, after a short break, once Britain has embarked on an Australian-style trading arrangement with the EU. Stacked up lorries at Dover, food shortages and rising prices may focus the mind at little.

But really, what is going on in Downing Street at the moment? The EU would like a deal, there is no doubt, as there are jobs in key markets and industries at stake. But is Boris serious about wanting a deal, or is Boris playing along because he doesn’t want to be seen to be breaking off the talks?

Is he convinced it will be no deal anyway and he is alright with that because the economic shock of no deal will not be felt by most households for a while, and can be absorbed in the wider shock from the pandemic? Or do we believe he really targeted no deal all along because that is what his key hard Brexiteer backers in the party have wanted from the outset, and this is the way to achieve that goal while looking like one has gone “the extra mile”?

Personally, I am with The Times journalists on this one. Boris doesn’t really know what he wants, except he absolutely wants to stay in power which has been the goal all along. So, if posturing on “no deal”, gunboats and Royal Navy helicopters at the ready, wins him support and backers (and voters) for now, he is fine with that. Someone will clean up the mess later.

On the other hand, the ERG and hard core Brexiteers have a very clear strategy, which they may be able to fulfil. “No deal” opens the doors to a low regulation and low tax economy a sort of “ultra-neo-liberalist”, Britain, which some understand as the Thatcherite revolution moving on to its next phase. Might that also be Brexiteers’ answer to the Covid crisis, to deregulate, to lower tax and set the market free to bounce back?

That would mean releasing as much regulation as we dare and making the business environment as tax friendly as we dare. May the best win, in a Dominic Cummings-described Social Darwinist high tech economy – and the least fit will fall by the wayside. As someone said of the USA, on whom so many model their hopes, the UK would then be a rich country with very many, very poor people.

But back to the King in his court. A populist premier and government requires being popular whatever that means in any given month. Popular with enough of the people who voted for you to stay in power for a while longer. The King in his court probably has no guiding philosophy other than his right to be in power. There seems to be a vacuum of values, at best a sort of mildly English patriotic right-wing sentiment. But not a Cummings or a Patel, let alone a Braverman or Raab (who are overt neo-liberal free marketers).

I suspect Boris is uncomfortably straddling both sides: if he gets a deal, that’s a good thing for the country; if he doesn’t get a deal, then it is also a good thing in his party in different ways. Because, frankly, the only thing that matters is how he deals with the Covid crisis especially in January. And what keeps harmony in the house with his Queen, perhaps?

What does January hold? Assuming no deal, perhaps after the initial storm will blow over, they will go on talking after 1 January on how to move on from “Australian-style Brexit” to something better. But once the hard Brexiteers have their way and got what they wanted, there will be a powerful lobby to keep down that track, with the likes of Dominic Raab and Suella Braverman at the forefront (Raab has been quite explicit about this recently).

They just need to win this round and get no deal and they may be able to keep Boris to their agenda. The prize is still low regulation, low tax Britain, not the Keynsian interventionism Boris might believe temporarily popular. Low regulation and low tax can be wrapped up as a necessary recovery strategy post-Covid and post-Brexit proper.

I think all this highlights again the dangers of populist politics. You do what sounds popular, not what makes economic sense. You can keep changing your mind, depending on how the latest poll or focus group pans out.

Only winning votes matters. A sort of democracy pure, devoid of values and principles. Dangerous stuff.

But all credit to the hard Brexiteers: although they may have won Brexit by winning the immigration and sovereignty debate, they have been quite open about what they stand for economically. If you lose a few car plants along the way – well that’s unfortunate, but you can’t make an omelette without…