The core of the radical centre – it’s education… 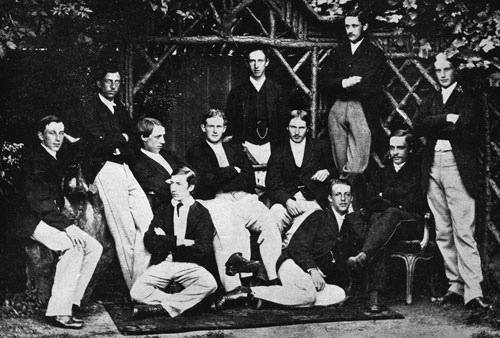 Much has been written about why Britain voted for Brexit 18 months ago, with more and more statistical evidence pointing to a likely correlation between levels of education and voting patterns in that referendum. Brexit, and the election of Donald Trump, may be signs of what happens when a democracy fails to sufficiently educate its citizens in political awareness.

The answer is obvious, and twofold.

First, the radical centre is at heart deeply democratic. It eschews demagogues, autocrats, and those who abuse democracy. It has a fundamental belief that most citizens are smart, balanced and sensible – and that a democratic vote will generally lead to a good government.

Yet this premise assumes that enough citizens with the vote are sufficiently aware of socio-political matters, sufficiently informed to develop their own independent views, and that they can tell the difference between a balanced, reasonable argument and populist hyperbole, scaremongering or prejudice. In short, democracy, as understood by the radical centre, requires a level of socio-political education and awareness.

Secondly, the radical centre is not in the business of the left or right wing demagogues, and ‘populists’ who shout slogans they think enough of the public might like to hear and that could get them elected. The radical centre does not provide simplistic answers to complex problems like national identity, immigration, globalisation, security. Its responses are balanced, intelligent, sensible and radical in thought and action. Not just headlines for the media.

As such, again, the radical centre relies on a broad level of education among the citizens to appreciate its arguments.

In much of Northern and Western Europe, democracy is understood to be fragile and valuable. Memories of the Second World War, not to mention the odd revolution, run deep. It is understood that democracy requires the support of the state in the form of a good general level of education for the citizenry, not just in academic subjects, but in understanding the rights and obligations of citizens – and that one of those obligations is to be informed, to a degree, about the socio-political issues facing the country.

It isn’t enough in those countries that a small elite is highly educated, because that is not a guarantor of democracy or of a good, balanced democratic debate. It is not surprise that the centre often does well in countries like Germany, Netherlands and Denmark, with their high levels of education and parliamentary system supporting coalition government.

Which brings us back to a key issue for the radical centre in the UK, where I live. It is self-evident that there is a problem in a country where seven per cent of the population receive a truly world-class education, equipping them not only to lead their own country but also internationally, and where those seven per cent make up about half of the senior judiciary, one third of all members of parliament and almost half of the ruling party – while the educational chances of the remaining 93 per cent of the population depend on the fortune of their location, whether there are good schools locally, perhaps selective schools.

I have heard calls for private and public schools in the UK, serving those seven cent, to be somehow curtailed, even abolished. Of course this misses the point. These schools, providing a world-class education to the seven per cent of the population whose parents can afford it, are successful service providers.

They are excellent businesses, receiving £15,000 per pupil per year and upwards and providing, as a return on investment, an unparalleled education, networks and contacts. What any future British government must focus on, if it wants to strengthen democracy and give the ailing centre ground a fresh chance, is the standard of education for the remaining 93 per  cent.

Standards of education for ‘the masses’ should not be a lottery of postcode location or happenchance. Nor is it sufficient to teach them basic academic subjects. If we want to turn the general citizen into an active, educated, aware contributor to democracy, we must not shy away from educating in political discussion, dialogue, debate, the rights and obligations of the citizens.

There is a reason why the Netherlands, Germany, Denmark, Sweden and others seem more developed, and more centred, in their political consciousness. The answer lies perhaps in the approach of the seven per cent towards the 93 per cent.