How consultant-speak makes us all poorer 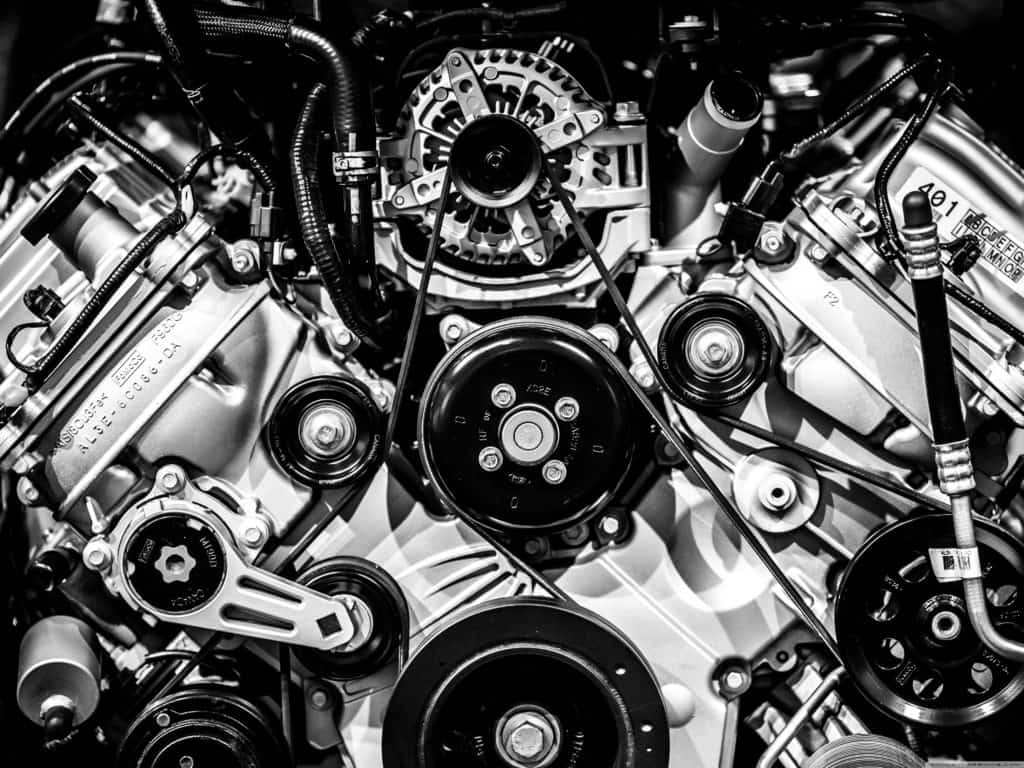 Last month, I spent a day hi yu at a public-sector shared services conference in Manchester. The experience moved me to write. I hope it moves readers to do all they can to alert public-sector leaders, politicians and anyone who ought to care to what has been, and will continue to be, an ill-conceived folly – a shocking waste of public-sector funds.

The opening keynote was from the interim leader of the Government Shared Service programme (‘interim’ – there’s a clue); a very nice man. If I’d been playing consultant-speak bingo, I’d have had a full house in no time. We heard:

We aim to be the best civil service in the world, we are already world class

Shared services is a lever for change

We are to be a centre of excellence

The wider changes in society mean greater expectations amongst the public

Implementation will be Agile

We are going to professionalise our people

We will drive value and efficiency

We will take advantage of off-shoring

We will be using robotics and artificial intelligence

Interim Leader described how this was going to be done: A decision has been made to split up the management of technology and management of the service centres as this, we were told, will drive lower costs. We heard about there being three technology platforms, there will also be ‘process convergence’; process standardisation will be ‘relentlessly’ driven and there will be ‘standardised functions across government’. The services will be ‘designed around user needs’ and will be ‘intuitive, easy to use and mobile’. Just as services will be digital, government will be ‘digital on the inside’. And everything will be done in a ‘collegiate and collaborative’ way, establishing a ‘cohesive community of practice’.

What’s your level of confidence? Would you invest? Well, actually, you are investing.

Interim Leader assured us they had already saved 20 per cent of their operating costs. This was a surprise to me. The most recent National Audit Office (NAO) report said the savings were less than the costs. I asked Cabinet Office attendees, they told me this 20 per cent was the discount on current operating costs that is the basis for the contract with the private-sector provider. So that’s a promise.

So there I sat, feeling very animated, even furious. Perhaps I shouldn’t have been surprised: after all, this is nothing new. But that’s my point; given the exorbitant cost of well-publicised failures of shared services, shouldn’t we be just a tad more cautious?

The NAO has published plenty on the costs of failure and their representative was up next. Interim Leader had been generous in his praise of the NAO, even though the reports were critical, and the compliment was returned; NAO Representative declared himself to be ‘supportive’ of Interim Leader. Warm feelings were shared. I didn’t feel so cosy.

NAO Representative would have ticked further boxes on my bingo card. He told us that shared services should be seen in conjunction with ‘transformation’. By this he meant the quality of business cases – they should be ‘realistic’, represent ‘value for money’ have ‘clarity’ and show understanding of ‘risks’. I’m sat there thinking this juggernaut is one humungous fat risk. Business cases are dreams.

NAO Representative showed us a slide extolling anticipated savings, more promises; no doubt the numbers taken from business plans. He joined Interim Leader’s theme in discussing the pros and cons of seeking collaboration versus mandating involvement. You may recall Frances Maude, previous Cabinet Office minister, insisting, through frustration, on mandating. After all, the plans demand high volumes of work moving to shared services.

Despite the series of NAO publications evidencing the expensive failures of shared services, we had no explanation other than his general remarks on what’s important in ‘transformation’. Was this what was missing? How confident can we be? Is this trying harder? Is it doing the wrong thing righter?

My mind wandered back to a meeting at the NAO a few years ago when the failures first hit the news. I had always regarded the NAO as an important independent voice; I was invited and was pleased to attend. The purpose was to discuss the reasons for failure. I told the meeting the things I told this conference (see later); and in much more detail as we had a whole day to discuss. But nothing of what I’d said got into the report of the meeting. Every other participant came from IT and major consultancy firms. And they, like NAO Representative on this day, thought it merely a matter of doing it right.

When my turn came I put up a slide with the politicians’ view of shared services. A report from the Public Accounts Select Committee had this to say:

“Central government has long pursued shared service centres as a way to reduce costs and free up resources from back-office functions to provide better front-line services. The principles of reducing costs through using shared services are straightforward and widely understood, combining two key elements: one element is to standardise processes and services so that they can be provided in a consistent and repeatable way, in high volumes, by a single provider on a common operating platform; the other element is to outsource operations to an organisation that can specialise in providing a service and, through economies of scale, can offer the service at a lower cost.”

These are politicians. What can we expect them to know about management? How did they come to this view? By listening to advisers; and amongst those were the IT and big consultancies – in the early days there was an all-party group on shared services, serviced by the National Outsourcing Association whose members were… Yes, you guessed.

Rather than having ‘two elements’ as described above, there are four basic arguments. The first is ‘a common operating platform’, a euphemism for a large-scale IT system. What politicians ought to know is that 90 per cent of large-scale IT systems fail: 30 per cent fail completely (Single Farm Payment, NHS patient records and others), 60 per cent fail in as much as they cost much more than planned, are not fit for purpose and don’t deliver the planned savings.

The second is standardisation. Standardising service work drives costs up. Simply because a defining feature of many service organisations is the variety of customer demand. If you push high-variety demand into standardised processes, you drive costs up.

The third: economies of scale. There are two arguments for savings from economies of scale in service organisations: less of a common resource and lower transaction costs. Less of a common resource, which means fewer managers, IT systems, buildings and so on, is a sound argument, but not always easy to achieve. For example sometimes it is hard to dispose of buildings or existing IT contracts; an argument that purchasing one IT system between three organisations that are sharing saves the cost of two is hardly an argument for savings and, in any event, was an IT system necessary?

In any case, savings from less of a common resource is relatively trivial. Trivial though it is, it is the only real evidence the protagonists can cite. The much larger savings are promised to come from lower transaction costs; this is always the dominant argument in the business plans. But, if you focus on cost, your costs go up.

And the fourth argument is that services should be outsourced to specialist organisations. When we do that, we lock in cost escalation.

I asked how politicians react to the abundant evidence of failure. Admittedly they’d be unaware of failures in the private-sector, and there have been many. But public-sector failures have been in the news regularly. Think Cornwall, Somerset, Sandwell, Liverpool, Rotherham, Birmingham, Suffolk, Account NI, Research Councils, Centralised police call-handling in Scotland among many others. And news of the same in Australia, New Zealand and Canada where governments have imagined the UK government knows what it’s doing.

And the only reaction I have witnessed is the same as we heard from Interim Leader and NAO Representative: it’s OK if you do it right, so let’s improve the governance and project management.

I said there are three types of shared services out there: those with true but minor savings from less of a common resource (e.g. local authorities), those with no knowledge of savings as there was no original cost baseline and which, if you talk to the users, don’t work too well and those that have failed or are in the process of failing; the categories not being mutually exclusive. So why do they fail? The simple answer is they are classic command-and-control designs.

I talked about the housing association I mentioned in my December newsletter that had dumped a half-million-pound IT system, which was two years into implementation, when they studied and redesigned their repairs service. Following study and redesign, and having a design that drove costs away, they knew what they needed from IT and built it for £40,000. My point was simple: IT is the last thing to do, not the first.

Finally I gave advice: If you are thinking about sharing services, don’t. Instead do as these examples did, study the services as systems, redesign them and if you need IT make it the last thing you do. Following this path will result in the big prize, far better services and much lower costs. If, subsequently, you choose to share these services you’ll also gain the much smaller saving from less of a common resource.

Demand is the big lever. Sharing services isn’t. You don’t need a business case or a plan. To improve services you have to study them – get knowledge – and then design them to be effective. Cast your mind over examples of ineffectiveness and ask yourself: if this had worked immediately for the user, would it have been more efficient?

This article is a shorter version of the one published in the Vanguard newsletter here.

Filed Under: Cohesive Capitalism | Tagged With: Business, Other, IT, Consulting, Efficiency

John Seddon is an occupational psychologist, researcher, professor, management thinker and leading authority on change in the public sector. He is a visiting professor at Cardiff University Business School and author of several bestsellers including Systems Thinking in the Public Sector, the Failure of the Reform Regime and a Manifesto for a Better Way. He is managing director of the consultancy Vanguard,