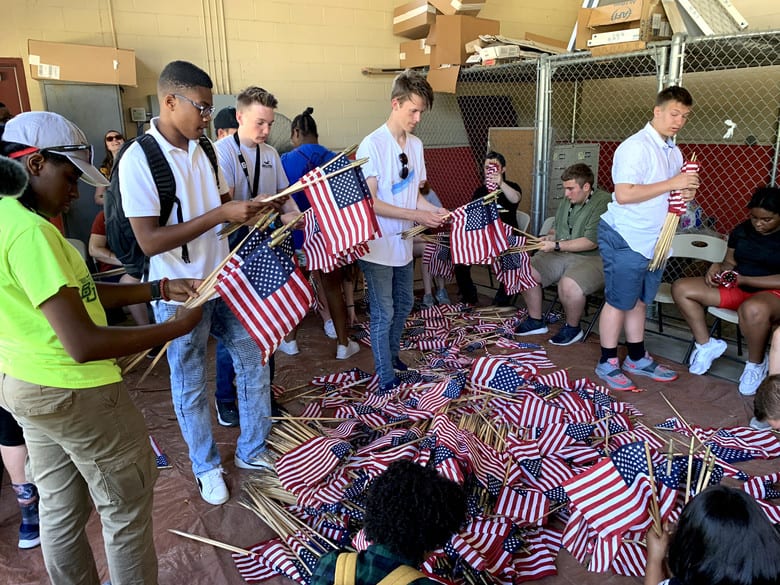 Since the 1980s, we have moved increasingly to a culture of rugged individualism. Our sense of community was relatively rapidly eroded. From Thatcher’s comments on there being no such thing as society, to a general culture that lionised competition and individual effort over collaboration and a sense of community – aptly captured in the ‘greed is good’ line from Wall Street, the movie.

The idea of government involvement in almost anything was treated with disdain – especially by the libertarian Right and the vast majority of the business community.

COVID-19 has delivered a shock to that cultural framing.

Government is now everywhere – in every nook and cranny of the economy and how we lead our lives. Our work, our socialising, our amusement, all are now happening largely on the internet – an infrastructure project built by government, on which many corporations have built businesses and many people have accumulated untold wealth without paying a cent for riding on that taxpayer funded infrastructure.

And all those ‘small government’ types now have their begging bowls out for a bailout.

Having undermined our sense of community to the point where it has almost been destroyed, we are now, suddenly, being asked to revitalise a community spirit in the face of a crisis that is akin to a state of war.
Which raises the question – what is ‘community’ today? What reserves of solidarity can we reasonably attempt to tap to see us through this health and economic crisis?

The figure below is one framework for thinking about ‘community’.

At the most intimate level is family. At the other end of the spectrum is the broad international or global community. Observing my own behaviour and those with whom I interact, I see three major levels at which a community spirit is working.

Clearly Family. Personally, I then spend most of my time interacting with Friends and Close Community – by which I mean people in my inner circle of friends. They tend to be people who are much like me. Be they part of the Radix community or other groups of friends – some from childhood; others more recent. We now have a group of about 30 people from the same class in secondary school (that was a while ago, I’m afraid).

This whole community is geographically dispersed. One WhatsApp group converses in four languages – everyone writes and responds in their own language. It has only recently struck me just how bizarre and foreign (if I may use that word) that must seem to many.

Each of the communities I belong to has some kind of shared identity – all different, but each shared by all in that particular community.

Then there is the issue that, while all those in my different communities are good friends and therefore, in my view, all reasonable people, one has to be careful which posts are appropriate for which community. What one group finds amusing or interesting, other groups could find offensive. Which is a lesson for us all – what we each individually or as a small community choose to find offensive is not necessarily offensive in the absolute.

Our personal sense of propriety is not ‘right’ – it is simply one perspective. In these days of easy outrage that has caused so much division on social media and elsewhere, we might keep that in mind and replace terms such as ‘this is offensive’ with ‘I choose to find this offensive’.

There is very little community spirit in my neighbourhood – or at least not that we are part of in any meaningful way. No doubt that will be different for many others. But given the current restrictions, it ends up being easier to communicate with one’s online communities that with one’s neighbours.

The other thing that struck me is how disappointed, maybe even angry, must be those who have long predicted, even wished for, the demise of the nation state. Never mind the fact that all our actions are now determined largely by national governments with cities and regions largely in an implementation and enforcement role (except in the US where states have power); or that it is only national governments that can mobilise the firepower needed to mitigate the effects of this crisis.

But culturally, it is national solidarity that is being called upon to hold people together. Watching people on their balconies in Spain and Italy, they are singing the national anthem or national folk songs. How many in Europe are singing Ode to Joy?

In some places, even national solidarity is under strain. Parisians and Londoners fleeing to the countryside are not welcome.

What of the international community? After an initial period where everyone turned inwards, we have thankfully seen a good level of co-operation at the technical level – sharing of data, international efforts to develop treatments and vaccines and, more recently, some sharing of equipment and personnel. This is welcome and long may it flourish.

Yet, it remains hard to talk of an international community in the sense of deep cultural solidarity. The reality is that, in difficult times, we will first of all look after our own – and it is worth observing our own and other’s behaviour during this period to see who people consider to be ‘their own’.

Some people will, in a theoretical or ideological way, insist that we should all act as a single global community. We only need to look around us to see how removed from reality are such sentiments. Most human beings (maybe all of us) simply don’t have the emotional bandwidth for true, deep solidarity on that scale. It all risks becoming empty, politically correct talk that has very little resonance in the real world.

As has previously been very well put, it’s not that my family is more important than yours; it’s that it’s more important to me. Replace ‘family’ with ‘community’ and the same sentiment holds.

At Radix, one of our pillars of interest is how to re-build community. Maybe if we take time to observe what is happening in this crisis, we might find that there is a fundamental question to be answered first: what is ‘community’ in today’s world? And will it be the same post COVID-19?