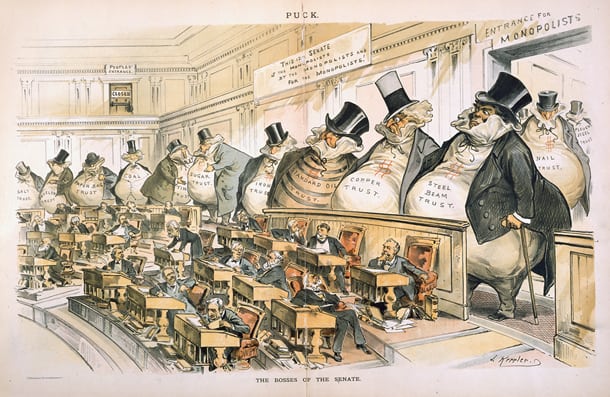 The sounds of hoofs is growing, the noise of the emerging antitrust movement is not exactly deafening, but it is at least audible. I cite in my support of this assertion two phenomena, both from the USA – the growing opposition to AT&T’s merger with Time Warner and an article hailing what the authors call the ‘fifth cycle of antitrust’ in, of all places, the Harvard Business Review.

I have been trying to explain the demise of antitrust, and interest in competition, for a couple of years now, notably in the book I wrote with Joe Zammit-Lucia, The Death of Liberal Democracy?

So it matters that the central pillar of Liberal economics is returning to the stage, long after it appeared to have been consigned to history – and some half century since the idea of diverse business and diverse economies had been forgotten by Liberals too.

My main concern is why the UK appears not to have noticed this, and still seems to be bedazzled by the defunct idea that free markets meant apparently the right by the large and wealthy to have enough privilege to trample over their challengers. So, for me, this is the glimmer of light at the end of the tunnel for Liberalism – but why are Liberals so slow to hail it?

My other concern is that political rage is being focused on the internet giants, in Parliament yesterday, when MPs had a jolly good shout at Facebook, Twitter and Google, but apparently missed the point: yes, they are lax in their regulation of what they allow to be published. But there are even more fundamental concerns.

What really should concern us is Google and Amazon’s assumed right to control, not just the retail market, but all markets. This is a constraint on liberty as well as business. “We’re moving to a future in which we’re asking businesses to operate… not [in] a market, but a private arena controlled by Amazon,” Stacy Mitchell of the Institute of Local Self-Reliance told the US Congress yesterday.

My question is: why is nobody saying this sort of thing on this side of the Atlantic too?