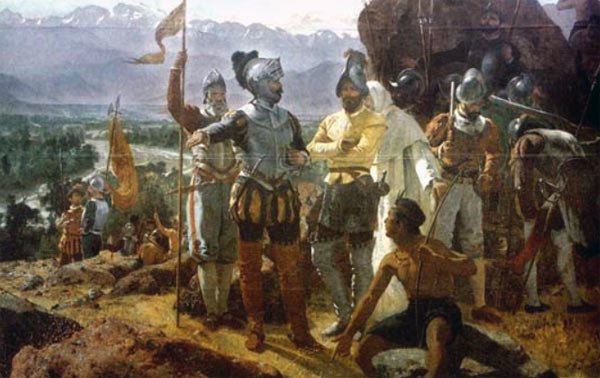 Ten years ago, my book about the rivalry between Columbus, Cabot and Vespucci was published (Toward the Setting Sun, still available!). And for me, two facts became pretty apparent – first, the circumstantial evidence is pretty strong that Columbus and Cabot worked together and then fell out. Second, their respective contracts with the monarchs of Spain and England were revolutionary and remarkably similar.

I won’t go into the details here but I have done elsewhere: what the contracts do is give them royal protection to take a slice of every shipment from the new lands they discovered. What they wanted to do was become the ultimate rentiers, extracting money from trade from the New World in perpetuity.

They nearly succeeded too. Cabot disappeared, at least from history. The court case that covered Columbus and his family’s claims was not settled for another two centuries – Jarndyce versus Jarndyce was but a pale reflection of reality.

Every generation or so someone attempts this kind of heist and we are in the midst of another one now. The campaigner Stacy Mitchell is no longer a lone voice in the USA on the threat that Amazon poses to the economy. Her new article in the American political journal The Nation now carries the headline ‘Amazon Doesn’t Just Want to Dominate the Market—It Wants to Become the Market’. That is what reminded me of Columbus.

When you allow any institution, public or private, to be the market, you give them unprecedented power, politically and economically. And you inevitably raise transaction costs for everyone.

It also corrodes those businesses which use it. This is how Stacy puts it:

“Setting up shop on Amazon’s platform has helped Gazelle Sports stabilize its sales. But it’s also put the company on a treacherous footing. Amazon, which did not respond to an interview request, touts its platform as a place where entrepreneurs can “pursue their dreams.” Yet studies indicate that the relationship is often predatory. Harvard Business School researchers found that when third-party sellers post new products, Amazon tracks the transactions and then starts selling many of their most popular items itself. And when it’s not using the information that it gleans from sellers to compete against them, Amazon uses it to extract an ever larger cut of their revenue.”

It may not seem so yet on this side of the Atlantic, where we tolerate tyrants in peculiar ways, but in the USA it is increasingly clear that Amazon’s days are numbered.