China: the big winner from the Ukraine war 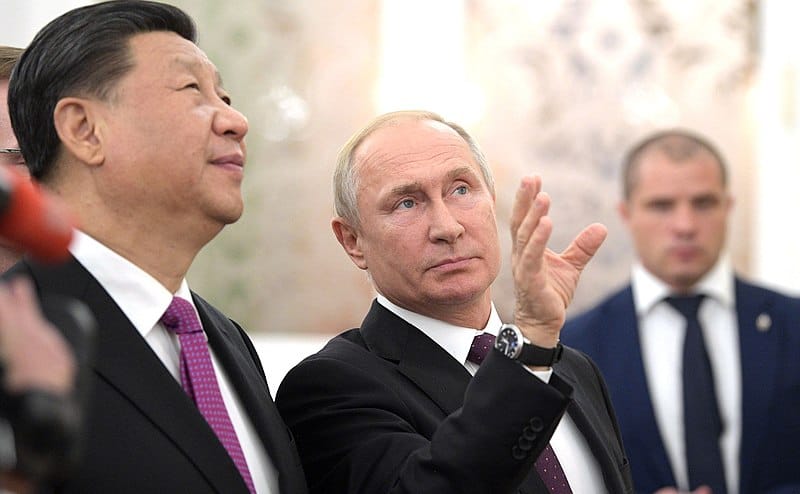 “The friendship between the Chinese and Russian people is rock solid and the prospects for future co-operation are immense,” the Chinese Foreign Minister told the press on 7 March. This is a major shift in Chinese policy, which until now has considered respect for the territorial integrity of states as the cornerstone of international relations.

But the Chinese hierarchs kept their disapproval to themselves, in order to make use of the strategic breach opened by the Russian president. The general sanctions imposed by the West against Russia will, in the medium term, make it an economic vassal of China. Beijing’s strategists could not let such a windfall pass by.

When you go into a department store in Moscow, the shelves are sometimes better stocked than in Paris. But most of the products are imported from Europe, North America or China. The problem for Russians is that they no longer have access to Western financial services (Swift payments, international credit cards, loans in euros and dollars, secure transfers, etc.). So they will have to go through China to import the products they will need.

The Russians dream of a global financial system that is no longer under the control of the United States. Together with the Chinese, they want to create an alternative international payments system to the hegemony of the dollar. But this new system will necessarily be Chinese.

In the meantime, the big Chinese banks are being brave, but not foolhardy. Since they do not want to risk being banned from the dollar and euro markets, they are not circumventing the bans decided in Washington and Brussels for the benefit of Russia.

The Chinese will use Russia as their primary supplier of energy and metals. They will stuff it with manufactured goods. They will hold grand diplomatic receptions to praise their partnership with Moscow. But they will have the intelligence not to put all their eggs in one basket.

For hydrocarbons, they will keep supply links with Iran and with the Arab petro-monarchies of the Persian Gulf. The Emiratis trust the Americans less and less. This is why they have now chosen France as their security plan B, and China as their new preferred oil and gas customer.

In the long term, the Chinese colonisation of Siberia will continue. It will indeed be very difficult for Vladimir Putin to refuse visas to Chinese wishing to reside in Russia.

In short, the Chinese are the big winners in this absurd war between the Russian and Ukrainian brothers. They are calmly observing it, noting that it is not a war of civilisation but rather a bloody family quarrel.

The Chinese are happy to learn all sorts of lessons. They see how difficult it is for the Russian army to advance into cities against an opponent determined to fight. They admire the Ukrainians’ talent for communication. They see the West’s ability to close ranks when threatened. Having studied all this, they will be very careful before invading Taiwan.

The Chinese are the big winners in this affair and they are the only ones. The other geopolitical players are all losers, to varying degrees and in various forms. The Ukrainians have won the sympathy of the Western world, but that won’t give them back their dead, nor their destroyed buildings. The Russians are already big losers, because occupying a field of ruins has never brought anyone anything. Their economy is going to fall behind and it will be very difficult for the young post-Putin generation to catch up.

The US is a very small loser, because it will be able to sell shale gas to Europe. More than ever guided by their emotions, the Europeans will be big losers because it is they – not their American allies – who used to do a lot of trade with the Russians.

The recklessness of the West in not closing off access to NATO in April 2008 and Putin’s mad aggression appear to be a gift from heaven to the Chinese. They did not expect it in the least.