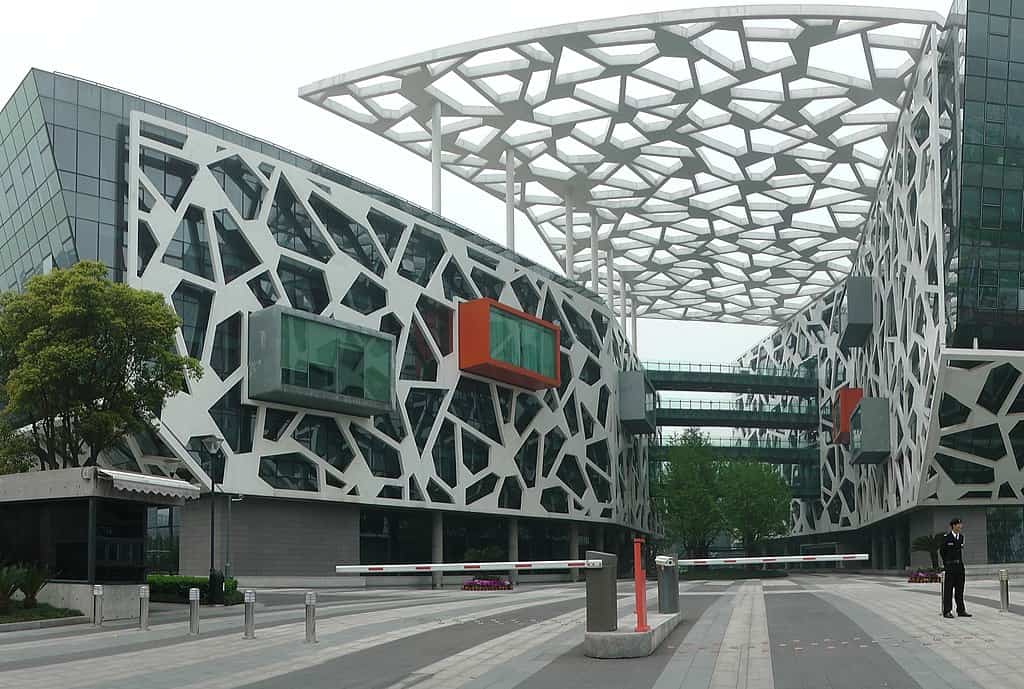 Alibaba’s aim is to build the future infrastructure of commerce. Its mission is to make it easy to do business anywhere. It envisions that its customers will meet and work at Alibaba, and that “it will be a company that lasts at least 102 years.”

It provides the fundamental technology infrastructure and marketing reach to help merchants, brands and other businesses to leverage the power of the internet to engage with their users and customers.

So far so mainstream. But Alibaba – now no longer under founder Jack Ma – is different in three ways.

At the time, the site offered web design services, but had to resort to offering bribes to earn clients. During a speech to the Honour International Symposium in Singapore, Ma said: “We understood that if we offered bribes, we could survive. But if we didn’t, our company would likely die. We met until 4pm and finally decided: we will never offer bribes. We would rather close down the company than operate without integrity.”

By the end of 2002, the company had survived to live another year. However, Ma had learned during the year-end review that two company employees, who made up 60 per cent of the entire group’s sales, were responsible for paying off clients. Ma explained: “If we fire them immediately, the company will not have profit. If we do not kick these employees out, then what does this signify about us? It would imply that our words are empty. So, we finally decided to let these two employees go.”

Ma continued with his “no bribe” conduct as his company grew. The chairman strictly enforced the rule and prohibited Alibaba employees from accepting or offering bribes. “Our employees are not allowed to accept free car rides or meals. Small gifts, even a piece of candy, are sent back. If not, the employee’s value score will be very low, and he or she could even be subject to penalties.”

Ma’s integrity extended far beyond bribery too. The chairman once dismissed a sales trainer for teaching questionable practices. He said: “The training instructor was speaking about how to sell hair combs to monks. After five minutes, I got extremely angry and expelled the instructor. I thought the instructor was a cheat. Monks do not need combs in the first place.”

Alibaba also takes a view of their employees which is very unusual. They choose to have an exceptionally large proportion of women employees: 49 per cent of the staff and 37 per cent of the leadership were female when Jack Ma revealed their “secret sauce” at the 2018 World Economic Summit.

Compare this with the employment profile of most IT companies in Asia and elsewhere, where there are far more men in senior roles than women. For instance, in the technology sector in the US, female employees make up between 27 percent (Microsoft) and 47 percent (Netflix) of the total workforce.  In terms of leadership positions, the status of women in the technology sector reflects that of the S&P 500 companies in 2015, where women held 25 percent of executive, senior-level and management positions.

But it is not just in numbers of women employees and their leadership roles that Alibaba is changing the conversation. The company emphasises the positive reasons for hiring women. In a speech at Davis in 2018, Jack Ma saw three positive advantages of women employees. These were:

However, there is also criticism of Alibaba.  It endorses the 996 system under which employees work 9am to 9pm for 6 days per week. Yet, when asked about the future of Alibaba, Jack Ma has said: “Our challenge is to help more people to make healthy money, ‘sustainable money’, money that is not only good for themselves but also good for the society. That’s the transformation we are aiming to make.”

Finally, in 2010, they announced that the Alibaba Group would begin to earmark 0.3 per cent of annual revenue for environmental protection, particularly on water and air-quality improvement projects. Both the Alibaba Group, and Jack Ma since his retirement, have donated to a number of causes.

For instance, in 2015 the company funded the rebuilding of 1,000 houses damaged by the earthquake in Nepal and raised money for a further 9,000. Also, in 2015, Alibaba launched a non-profit organization, Alibaba Hong Kong Young Entrepreneurs Foundation, which supported Hong Kong entrepreneurs to help them grow their businesses. In 2019, Jack Ma’s foundation started the Netpreneur initiative that grants ten prizes of one million dollars each to ten African entrepreneurs per year and it launched a fund 0f 14.6 million dollars to develop education in Tibet.

These three aspects of Alibaba’s success and social approach to the community provide an example of how to change the conversation about the tension between profit, employees and society.