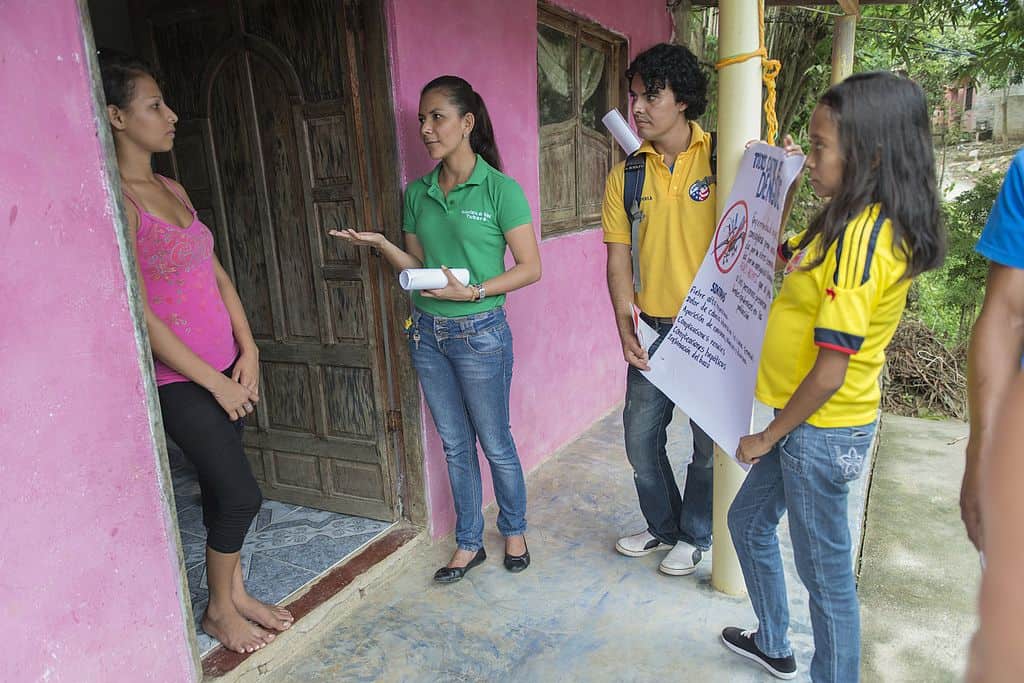 The Overton Window is a model for how ideas change over time and how these ideas influence what happens in politics. It is named after Joseph Overton, who argued that an idea’s political viability depends mainly on whether it falls within this range, rather than on politicians’ individual preferences.

According to Overton, the window contains the range of policies that a politician can recommend without appearing too extreme to gain or keep public office in the current climate of public opinion. It can shift and expand as societal norms and values change.

Beginning in the 1960s, Colombia suffered from a civil war – an armed conflict between guerrillas (for example, the Revolutionary Armed Forces of Colombia, FARC) and the armed forces –  and political violence with assassinations of politicians. Both of these escalated in the 1990s.

Since 2005, there has been significant improvement in security, stability, and rule of law. By 2019, Colombia’s diversified economy was the third largest in South America, recognised to have macroeconomic stability and favourable long-term growth prospects. Less widely known is that Colombia initiated the UN’s Sustainable Development Goals.

How did this happen? On 4 July 1991, a new constitution was promulgated which established a presidential participatory democratic republic. In accordance with the principle of separation of powers, government was divided into three branches: the executive branch, the legislative branch and the judicial branch. The changes generated by the new constitution were viewed as positive by Colombian society. Even so, democratic mechanisms withered, and the civil war continued.

The administration of President Álvaro Uribe  adopted a democratic security policy which included an integrated counter-terrorism and counter-insurgency campaign in 2003.  The policy of Democratic Security resulted in a vast expansion of the Colombian Justice System, and the solidification of the state over its territory.

In the eight years that Uribe was president of the country, the government economic plan promoted confidence in investors. In February 2008, millions of Colombians demonstrated against FARC and other outlawed groups. In 2009, as part of a controversial peace process the AUC (right-wing paramilitaries) as a formal organisation was disbanded.

After peace negotiations in Cuba, between 2012 and 2016, the Colombian government of President Juan Manuel Santos and the guerrillas of FARC-EP announced a final agreement to end the conflict. Yet a referendum to ratify the deal was unsuccessful.

Afterwards, the Colombian government and the FARC signed a revised peace deal in November 2016, which the Colombian congress approved. In 2016, President Santos was awarded the Nobel Peace Prize. The government began a process of attention to and comprehensive reparation for victims of conflict.

Still, anger has recently erupted over Colombia’s long-simmering tensions around corruption, inequality and gang violence. President Duque was elected in 2018 on a platform promising to change key aspects of a landmark 2016 peace accord with FARC, which protesters are demanding he implement more forcefully. His approval ratings fell to 23 per cent in the first 18 months of his presidency.

Colombia’s economy has been growing, but the nation still has one of the highest levels of inequality in South America. Nearly 11 per cent of Colombians are unemployed, a figure that rises to 17.5 per cent for young adults.

In 2019, students across Colombia demonstrated against an education reform bill. The media revealed how the police used tear gas and water cannon, against students who were dancing, playing music and hugging the police. Protesters demanded that Duque establish a dialogue with indigenous, student and labour leaders to discuss labour and pension reform, among other issues, before they were thrown out of areas of the city, as part of a curfew.

The police were also filmed paying Venezuelans to counter-demonstrate. Exposure through social media as mobile phones are in wide use has led to a reduction in violence.

Meanwhile, a new generation is coming into power. An example is the new Mayor of Bogota, a lesbian with a PhD from North Western University in Chicago and a track record as an investigative journalist in the Colombian press. And, the church has become less important in Colombia than it was even ten years ago.

The protests of students and labour leaders mirror others in Chile, Bolivia and Ecuador. And a proposition to fight corruption was been put to a referendum in 2018, which narrowly failed as less than 12 million people voted (but this was more than the number of people who voted for the Presidential elections).

What can other countries learn from this story? We suggest that the Overton Window shifted in Colombia because people feel more empowered – what is changing is that they are more aware of what is happening: the exploitation, inequality and gang violence that is occurring around them.

They are fed up with the corruption and manipulation by the people who were traditionally in power. Formal democratic processes were set up in the early 1990s but decayed due to lack of judicial strength to enforce them.

As people had wider contact with others, and mobile phones allowed protesters across Latin America to share ideas, they were able to envisage how to start to tackle these issues. Politicians and police become more visible through social media. A stable government and judicial system provide an environment in which to plan. And the conversation has changed.

The authors have been greatly informed by discussions with Dr Angela Espinoza Salazar, to whom we are very indebted.