A century on from the Armistice, some prospects for peace 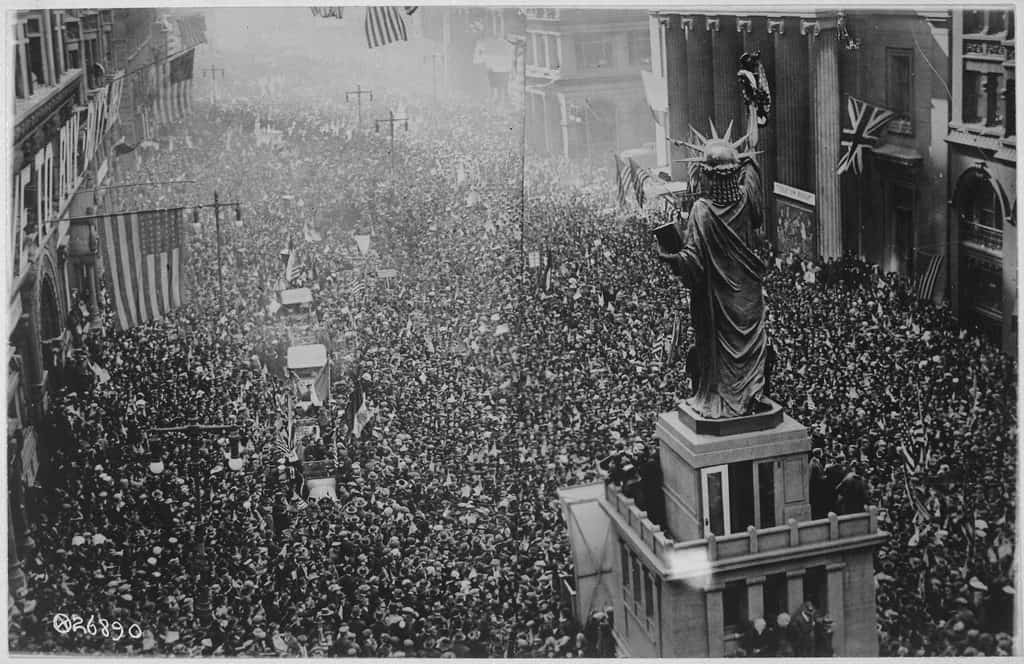 This year, we will celebrate the 100th anniversary of the end of the First World War. It was Europe’s suicide, and after a relatively peaceful century (1815-1914), marked by the anchoring of the rule of law, monetary stability, trade, reciprocal cultural influences, industrial development, scientific research, public education. The lesson of this horrible conflict has been drawn by all French and German leaders since Charles de Gaulle and Konrad Adenauer: peace is the most precious treasure of human societies.

Those who criticise the euro sometimes have economic arguments that stand up; but they forget the main thing, namely that the Monetary Union – strengthened since the financial crisis of 2008 by the Banking Union – had a political purpose: to cement peace on the European continent. It is regrettable that the European Union (EU) needed the United States to impose peace on its Balkan periphery twenty years ago, and that it could not prevent the war, in 2014, in its Ukrainian periphery. But the fact that it has maintained harmony between its members is already a magnificent achievement.

It would be unrealistic to hope that, in 2018, the EU alone would be able to reconcile Kiev and Moscow. America plays a role in this crisis that is too important for it to be excluded from its resolution. But the EU has a duty to reverse the trend that sees discord growing in its ranks. Instead of pointing out a fascist risk that does not exist in Eastern Europe, the Commission would be well advised to concentrate its work on the real dangers.

May it finally fulfil its primary function of protecting the Union’s borders against human trafficking and illegal migration from Africa or Central Asia, as well as from commercial dumping and technological looting from China.

America and China seem to have understood the supreme political value of peace between nations – at least in their handling of the Korean issue. Beijing has done some excellent secret diplomacy. The US president has welcomed the resumption of dialogue between the North and the South – which took place last Tuesday, at the ‘House of Peace Truce Village’ in Panmunjom, where the armistice of July 1953 was signed.

Better still, Trump has accepted Seoul’s request for a postponement of US-South Korean annual military manoeuvres. Washington seems to have understood the danger of neo-conservative ideology (which prefers the spread of democracy to peace) and learned from the chaos created by the Western preventive wars in Iraq (2003) and Libya (2011). A preventive war against a dictatorship as militarised as that of Kim Jong-un could have catastrophic consequences for the whole peninsula.

Let us hope that the Americans will show similar pragmatism in the Middle East. It would be irresponsible to withdraw from the July 2015 denuclearisation agreement with Iran. Persia will abandon the archaic regime that Ayatollah Khomeini created nearly forty years ago only at its own pace, not to a timetable imposed from the outside.

It would be very responsible, however, for the US to persuade Israel to finally offer the Palestinians a viable state in the West Bank and Gaza. The Arab demographic bomb is by far the most dangerous for the future of the Jewish state.

It will take decades for Muslim societies in the Middle East to fully embrace democracy, but at least we can help them return to peace through inventive mediations. The crown prince of Saudi Arabia is right to want to modernise his society, but he was wrong to embark on a cruel air war in Yemen. Never will fighter-bombers impose a solution from heaven for a politically divided country.