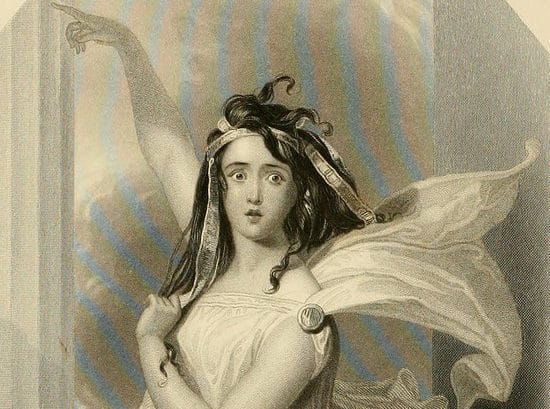 “Formerly no one was allowed to think freely; now it is permitted, but no one is capable of it any more. Now people want to think only what they are supposed to want to think, and this they consider freedom” “What we need is not freedom of the press, we need freedom from the press.”

The myth of Cassandra, Priam’s most beautiful daughter, helps us understand how information works. The story is well known. It happened that Apollo fell in love with Cassandra, whose name in ancient Greek means “the one who entraps men”.

We do not have any precise information about how the facts – if there are any – developed exactly. It is told that Cassandra spent a night at Apollo’s temple though knowing that the god was craving for her. She refused to concede herself to him, reportedly. So as to seduce her, the amorous god presented Cassandra with the gift of prophecy which the girl enthusiastically accepted and tried to use thereafter. Soon enough, Apollo realised that Cassandra had no real intention to sleep with him. As revenge, the vicious God did not revoke the gift, but put a curse on her so that nobody would believe Cassandra’s predictions any longer. A key (though often overlooked) issue of the story is that Priam’s daughter never renounced foretelling, no matter how frustrated she was by not being believed.

Most of the times the beautiful Cassandra is portrayed as a sad and tragic heroine, cruelly punished by a rancorous god. In fact, disclosing what later proves true adds to one’s posthumous reputation no matter how much they have been mocked when alive. On the other hand, we may also suspect that Cassandra had some minor responsibilities of her own since wooing and accepting gifts is never totally innocent. In a version of the myth she even promised to marry the god and then withdrew. If Apollo actually behaved just as any arrogant male chauvinist, Cassandra, nonetheless, was flattered by Apollo’s gifts and longing.

Cassandra’s myth can read as a metaphor for writers and scholars flirting with power. As long as they belong to a divine organisation, they profit from the privileged condition of knowing and interpreting the key facts. Moreover, all people speak about what these writers and scholars utter. Writers not only speak the truth – they create it.

In this position, their egos swell and they might begin thinking that people believe them because they are smart and tell how things truly are and even should be. They might even imagine themselves as principled and incorruptible since they become completely oblivious of their initial flirting. They fail to grasp that their ability to elaborate important, timely and witty arguments was a deal rather than some generous gift from gods (whoever they are).

Writers and scholars who flirt with a demanding god may soon be smitten by power. They find freedom of speech irresistible and enjoy it when everybody listens to them preaching.

In a more sophisticated version of the myth, while Cassandra was sleeping (alone) at the temple, snakes licked her ears clean so that she was able to hear the future. This metaphor is easily interpreted: the snakes of the gods may allow someone to know what normal people do not, but this does not necessarily imply that they are allowed to spread information.

Thus, journalists and writers really know what’s going on, they can confidently foretell what will happen because they are the unaware tools of building a future chosen by others. A soon as they foresee a diverse future, they are cursed by gods who claim the right to choose a future which they can keep under control.

As for Cassandra at Apollo’s temple the time came to choose between purity and stepping in with the god, in the same way writers are requested to choose between freedom of speech and the gratification to be listened to. If they choose the former they won’t be believed any more. If should they choose the latter, they will be requested to simply report the gods’ voice.

If writers and scholars hadn’t flirted with power, they would have kept pure, but they would have never known the arcane secrets in the citadel of command. Cassandra would have never been awarded prophetical powers if she had not entered the temple and opened to Apollo’s hopes. You can either be pure and silly or corrupted and officially knowledgeable. Tertium non daturm: the fallacy of the excluded middle.

If you are at the same time well-informed and pure, you create a serious danger so that gods need to put a curse on you. Cassandra’s tragic story teaches that by just flirting, you might lose both power and innocence, so that the knowledge you have acquired – that you imagine as a formidable weapon to affirm the truth (and your ego) – is transformed instead into a torture you use against yourself your whole life.

Therefore, remember, writer! You are in a trap: flirting with power allows you to know how things really go. If you eventually do not lie with a god, nobody will ever pay attention to you. You can be listened to and believed only as long as you are Apollo’s lover, but you will only be permitted to speak the rule of the god.