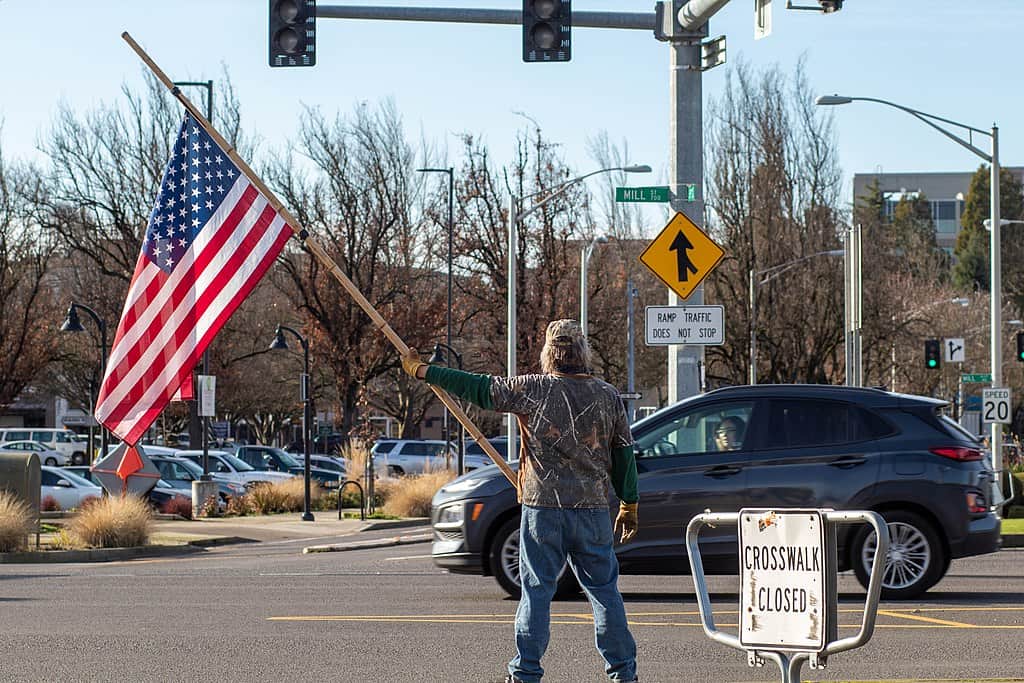 Ding, dong, the Trump is gone, and – fingers crossed – without any final horror for us to remember him by. I am nervous about saying this today of all days: Joe Biden’s inauguration day has come – as Julius Caesar might have said – but it has not yet gone.

What seems to me to be the main lesson of the past few years may not be the potential horror. It isn’t really even anything to do with fake news or his other blatant untruths. It is that there is a sizeable group of Americans who would respond to a radical agenda, almost whatever it is.

This may be a comforting idea – though it equally may not be – and it perhaps explains why (until relatively recently) there were radicals of all kinds and shades who might even have had a sneaking admiration for the man we should now describe as the ‘old monster’.

If only we could generate a genuinely human-scale radical who could emulate Trump in his ability to ride roughshod over the establishment – but for less self-serving or divisive ends.

What I find most infuriating about our current UK government – although they have been compared with Trump – how unlike this they are in their sheer conservatism and stupidity.

Why, for example, take this particularly symbolic moment to allow the use of neonicotinoids  pesticides – the ones banned by Europe in 2018 because they affect bees – to tackle fungus in sugar beet, and without apparently taking any measures to protect rivers or other watercourses?

Officials say they are going back on Michael Gove’s 2018 promise because they are allowed to do so in emergencies.

For me this has become a symbol of all their other stupidity, and it means I am no longer terribly optimistic that they will learn the four lessons from covid:

A little more on why (4) is so important. If the incoherent rage of ordinary people on both sides of the Atlantic is palpable, that is hardly surprising given that they are all too often running out of cash, more of which is siphoned off by the monopolies that are supposed to serve us.

That is what is happening economically and it isn’t visible the middle classes, who are only now beginning to feel the pinch (and they believe the phenomenon is confined to themselves).

The solution is beginning to emerge. To provide for some kind of money creation by the Bank of England, and given to all of us – not just to the wealthy bankers as they do now with quantitative easing.

And if that process slightly overdoes it and creates a little mild inflation, then all the better to pay off our enormous national debts.

But do ministers understand any of these things? Don’t bet on it.