Bringing together the centre ground 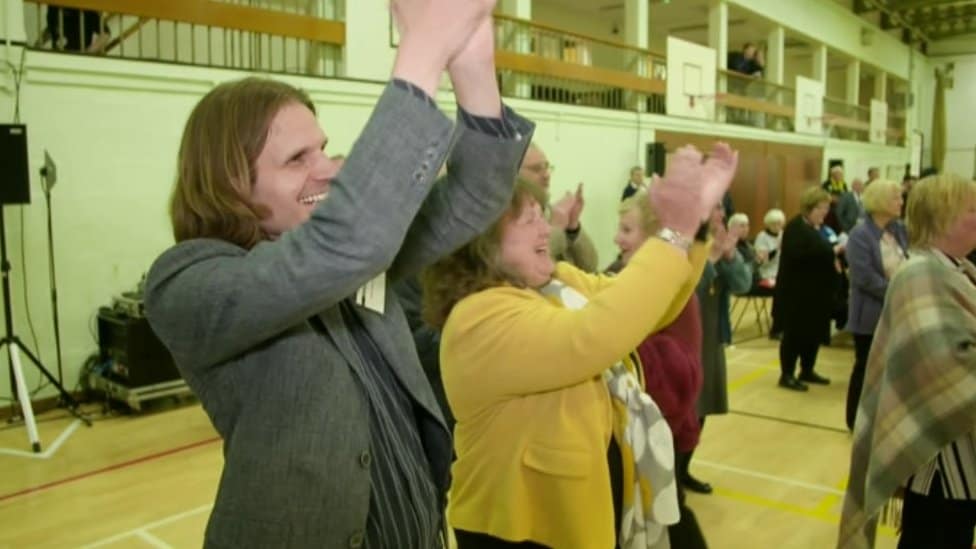 The Lib Dems are on a roll, the Greens are still making progress but Change UK have had a disastrous few weeks.  Nevertheless, unless you believe the former is now set to sweep all before them, the challenge still remains to be bring together the centre ground to maximise the opportunity resulting from Conservative and Labour chaos, outgun Nigel Farage and transform Britain’s electoral landscape in the long term.

The next Conservative leader is expected to be a leaver.  Already, there is a back-catalogue of remain-minded, one nation Conservatives who have claimed they would quit the party were Boris to become leader.  While they may have gone a little quieter as the prospect draws nearer, it seems likely that even at its best there will be some flaking away at the sides.

But what happens when Boris – or any other potential leader inevitably elected on a ‘tough on Europe’ ticket – fails to win the promised concessions from the EU?  Were the new PM then to attempt to run down the clock to a no deal Brexit – by the simple expediency of blocking Parliamentary moves to do anything else, or even paroguing Parliament all together – it seems hard to imagine that the dozen to two dozen diehard Conservative remainers would stand back and do nothing.

With no majority in Parliament for anything – nor even for the Government itself – it would be hard to avoid a general election.  But who would fight it?

Traditional party affiliations are breaking up.  Allegiances to “Remain” or “Leave” seem likely to be – if not the – then a – dominant factor in how people would then vote.

As a result, The Brexit Party’s success in the EU Elections would be likely to translate into a vigorous and potentially successful general election campaign . What’s more, they will attempt to ‘own’ the case that “a broken politics needs ‘fixing’.  That will surely terrify many conservative MPs and rightly so.

So what can stop Farage?

The panic about bringing together the Remain parties for the EU Elections was largely unjustified in terms of seats won but it is probably that whatever deal might have been struck The Brexit Party would have ended up as the largest single party: nevertheless the voters generally seem to have ‘found a way’ to declare their preferences, largely by voting for the Lib Dems, and to a lesser extent, the Greens, as the most effective Remain vehicles.

But in a general election, the First-Past-the-Post system is both more and less forgiving: in a multi-party FPTP election any party edging north of 30%  could start winning very substantial numbers of seats, while those just ten points behind could get very little reward.  Indeed, if today’s YouGov poll is to be believed, you could end up with four parties scoring between 20-30% with very, very different rewards for their efforts.

So ‘business as usual’ is not an option.  The lesson of the EU elections and the Peterborough by-election is that any negotiation between parties cannot be left to the last minute.  With every chance of a crucial general election prior to the a Brexit departure, what needs to happen between now and then?

First, Remain MPs from the liberal wing of the Conservatives and the moderate wing of the Labour party need to be ready to ‘let go of nurse’: their old parties no longer provide a guaranteed safety blanket and there really is something worse.   While it is realistic for them to form their own independent Parliamentary groupings, they should not feel that their only option is to create further new parties, which cannot hope to replicate the infrastructure and human – as opposed to financial – resources of the Lib Dems and others.  Instead, as Nick Boles and Bridget Prentice have done, they may choose to sit independently but would then need infrastructure to support them, were they to have a chance of holding their seats.

Second, the Liberal Democrats, Change UK and the Greens should sign up to a loose Movement for New Politics/to fix our Broken Politics (or some such title which speaks directly to current concerns).  This should have a narrow shared agenda based around an end to Brexit, electoral reform and a constitutional convention, and action on climate change.   Beyond this narrow agenda the parties and individuals should continue to produce their own distinctive policy agendas.  Any MPs and candidates – within or out-with these or other existing parties – should be invited to sign up to this agenda, should they choose.

Third, all the parties involved should agree jointly to select Movement candidates. Existing MPs and candidates on the approved lists of any party would be free to apply as long as they signed a pledge to support the Movement’s core agenda.  Other candidates would be invited to put themselves forward subject to an external vetting process of the admittedly imperfect kind used by Change UK for the EU elections.  Where there was no incumbent and a single candidate could not be agreed by consent, an open primary process could be used to select Movement candidates. This could be modelled on that used in the selection of Sarah Wollaston as the Conservative candidate for Totnes, with open hustings and ballot papers distributed to all the voters in any constituency.

Were parties allied to the Movement to win a majority in the House their Prime Ministerial candidate could be the leader of the largest party or chosen by consent.  Either way, the cabinet could be appointed from any Movement MPs regardless of affiliation.  The House of Commons would need to operate differently, with Movement members only obliged to support legislation to implement the core agenda. Parliamentary time could be shared more equally between all parties to enable them to introduce legislation and House posts, such as the Chairs of select committees, could be elected without whipping (which is what is supposed to happen anyway).

Of course, this represents a major overhaul of our political processes and a huge volume of work and compromise by parties and individuals used to opposing each other.  However, for those that might argue it is too much, too soon, they need look no further than at what The Brexit Party has achieved in just a couple of months. It provides not just the model for action, but the incentive too, because if the centre doesn’t get its act together you can be absolutely sure Farage will.