Brexit and the great paradox of change 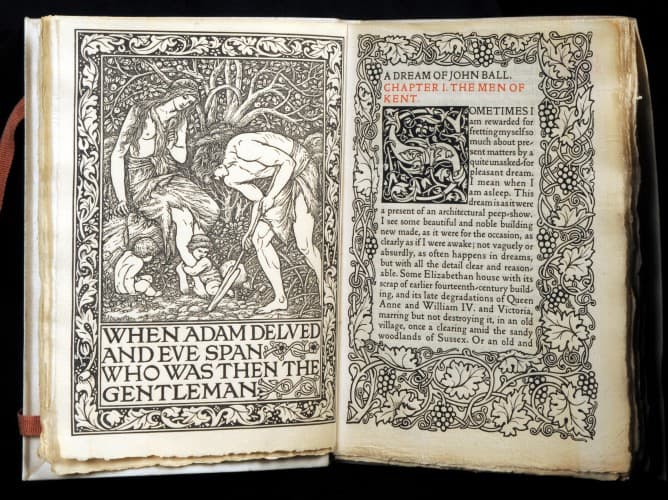 William Morris expressed the great paradox of political progress best in his fantasy 1888 novel A Dream of John Ball: “Men fight and lose the battle, and the thing that they fought for, comes about in spite of their defeat.” And so on.

But for some reason, politicians appear to be the last people to understand this. Look for example, at the whole Brexit debate – or what passes for one.

This is especially important now that Parliament hurtles towards a whole new impasse.

It is strange that most other people understand perfectly well that, when you win in politics, you open yourself up to potential disillusionment and to losing the next time. And also when you fail, it can allow for a moment of retrenchment and reform which allows you to gather your forces to win again.

But politicians are so obsessed with a short-term expression of power and competence that they forget the paradox of change.

So if Boris Johnson succeeds in taking the UK out of the EU, and especially if he does so without a deal, he and his rump of the Conservative Party become responsible for whatever happens next. And especially perhaps for the bad things.

But the opposite is also true. If he is prevented from doing so, and we don’t leave, it will be the Remainers who get the blame for the national disappointment. As C. S. Lewis said: “You never know what would have happened.”

Which side will face the great reverse is anyone’s guess. Because of a badly drafted Parliament Act from the coalition government, we have a government still in power – though the word should be in inverted commas – with nothing like a majority, and continues as such. It isn’t how our constitution is intended to work.

Still, we will know soon enough.

This is a way of saying, perhaps, that I have reached the no doubt heretical stage of finding the half truths of Remain as irritating as the quarter truths of Leave. It is time, as Boris Johnson said, to bring the nation back together.

The trouble is that, for the reasons set out here, neither he nor anyone else who has been prominent on either side of the Brexit squabble is going to be able to do it.