Blame Trump for many things, but Korea isn’t his fault 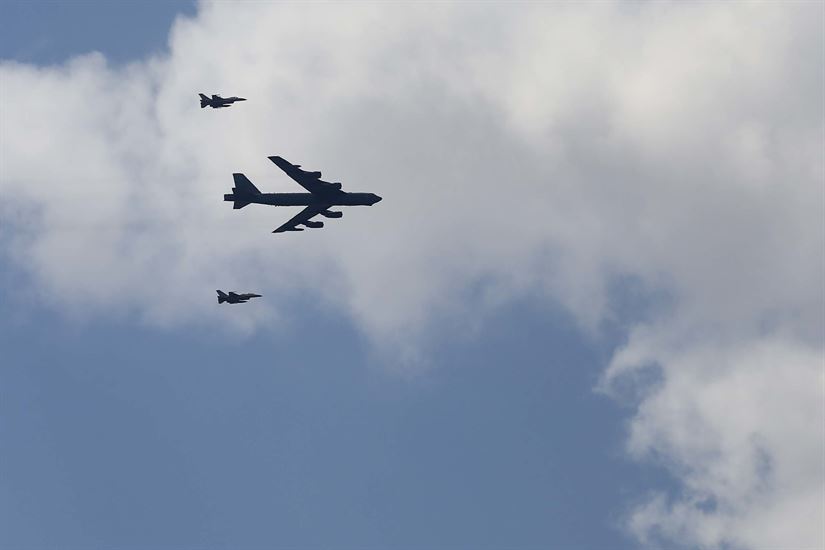 For many, Trump can do no right. The latest cause for concern is the aggressive rhetoric with North Korea that many feel is pushing far too close to potentially catastrophic confrontation.Yet, in spite of armchair critics aplenty, there are no good options for dealing with North Korea.

It is worth bearing in mind that the North Korea crisis is not of Trump’s making. It has been created over decades under the Clinton, Bush and Obama administrations. The North Korean regime has always believed that its survival was dependent on it having nuclear weapons and credibly being able to use them.

Bill Clinton tried a mixture of diplomacy, a small stick, and some carrots. North Korea took the carrots and ended up violating every agreement that was reached – prompted, in part, by Congress’s refusal to provide the funds Clinton had promised as part of the agreement. The Bush adventures in Iraq and Afghanistan, and his inclusion of the country in the ‘axis of evil’, further convinced the North Koreans that they were not safe from a US-led regime change initiative unless they had a nuclear deterrent.

Over the period, six party talks got nowhere. Obama threatened the North with military action if it attacked any US ally. But Obama’s military threats were not credible. Sanctions have not stopped the nuclear programme – which the regime will always prioritise nuclear arms over its people’s material well being.

US attempts at engagement with North Korea have failed since the early 1990s. In the meantime, the regime has managed to continue to build and refine its nuclear programme and now poses a clear threat.  Neither has the US ever managed to achieve serious Chinese engagement in trying to contain the regime.

All this is unsurprising. It is not possible to achieve lasting agreements with such regimes. North Korea’s belief that only a credible nuclear deterrent can secure its continued existence is, from their perspective, perfectly rational.

Trump’s rhetoric is aggressive. The danger is a mis-step, accidental or otherwise, by either side that could result in a catastrophic conflagration. But the US is now trying to shut the stable door once the horse has well and truly bolted. And it was administrations well before Trump that flung that stable door wide open. It is worth asking whether we would be where we are today had Bill Clinton done a Trump in the early 1990s when the nuclear threat was minimal or non-existent.

Trump’s personality makes his threats credible. As a result, and for the first time, both Russia and China seem to be taking things seriously and are finally engaging. It is not clear what the critics would have Trump do. It remains to be seen whether tightened sanctions will work. Or whether they will force a nuclear armed North Korea into a corner with unknowable consequences.

Should maybe the West now accept a nuclear armed North Korea as an irreversible fact and lower the pressure? That would also be dangerous as the regime’s nuclear capability will only continue to increase. Military action now is much more dangerous than it would have been a few decades ago.

It is possible that North Korea might now have the West just where it wants it – with nowhere left to go. And with an increasingly powerful China still supporting the regime.

The situation is dire. But the incubation period has been a very long one.