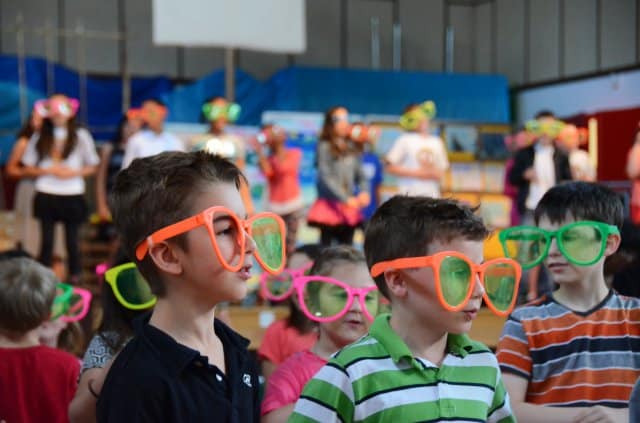 Ständige Konferenz der Kultusminister der Länder in der Bundesrepublik Deutschland. German just trips off the tongue doesn’t it. The delightfully named Permanent Conference of the Ministers of Education and Cultural Affairs of the States of the Federal Republic of Germany is celebrating 70 years of its existence.

Snappily shortened to the Kultusministerkonferenz (and with German love of acronyms, the KMK), this is a strange but very important relic of the early days of the Federal Republic of Germany – and, following its annual conference, remains a source of discussion, frustration and annoyance to many parents, students, politicians and educators. It represents perhaps the natural limits to federalism, localism and decentralisation in a country famed for these attributes.

Readers familiar with the federal structure of the German republic and its 16 constituent Bundesländer will be familiar with the essential subsidiarity and decentralisation of the system, a Kleinstaaterei (the condition of having multiple little states, snappily reduced to one word) forced on the Germans by the Allies, particularly the Americans, in the years of occupation.

Federalism is the essential structure of modern Germany, with much of the daily lives of Germans dictated by the politics and politicians of the Bundesländer. But with key federal, national decisions naturally taken in Berlin and with precedence for the federation over individual states in key areas such as foreign policy, defence, security, home affairs and overall taxation policy.

All this is carefully set out in the constitution and agreements between the federation in Berlin and the Bundesländer  (as a particular quirk, Berlin is both a Bundesland, a state in its own right with its own leader and assembly, and serves as the home of the federal capital). Federalism is a source of great strength in modern Germany, allowing decentralisation, localisation and flexibility.

It recognises the historic division of the territory into multiple states with local history, culture and customs. It allows talented politicians to cut their teeth in local politics before making the move to the federal level, if they so wish. It is also the source of frustration to many federal politicians, who know they can move little forward at a federal level without the support of the Bundesländer.

Education and culture is the great quirk in the system. Unlike other policy areas that you might assume would be co-ordinated at a federal level, the original decentralised approach first articulated in the 1948 Conference (prior to the formation of the Federal Republic) remains firmly in place.

The constitution of the Federal Republic does not deem it otherwise. There is Kulturhoheit der Länder (cultural sovereignty of the states) and essentially Bildungföderalismus (educational federalism). This has the bizarre result that an educational day can look quite different from state to state, that the Abitur (the passing out exam and certificate with different grades for school leavers) is judged to be at a different level from state to state (Bavaria generally seen as the toughest exam and most highly regarded Abitur, with places like Saarland and Brandenburg towards the bottom). Co-ordinating changes or improvements in educational policy across the Federation is immensely difficult.

I have argued in a previous article that education is the core of the radical centre, because it is the core of a functioning democracy. Many politicians in Germany feel the same. There is increasing concern about the continuing fragmentation of the system, when general standards need to be raised and when all Germans need to be able to participate in their democracy with a high standard of education, and have the right to the same standard of education throughout the Republic.

The current convenor of the Conference, the education and culture minister for the state of Thüringen (with its capital the important university town of Erfurt in the former East Germany) has suggested at this year’s conference that pupils from Western states should engage in exchanges with pupils from Eastern states, so that both can learn about the lives of the others. Other ministers have argued this is irrelevant, 28 years after reunification.

Germany is a good patchwork of many things, but the patchwork of educational standards and aspirations has never been an advantage (ask any Saarländer presenting his Abitur to get work in Bavaria). The Conservative CDU ministers, many of which represents states with higher educational standards, do not wish for greater harmonisation in case standards in their states drop, should education become more co-ordinated across the Federation. They don’t wish for a greater role for the Federation in setting and validating education policy in Germany, even though as a quid pro quo the Federation could invest more and in a more targeted fashion. This is short-sighted Kleinstaaterei.

Federalism, decentralisation and localisation is a wonderful thing in many ways. Some flexibility in schooling and education is also positive. But the Kultusministerkonferenz shows the natural limitations of this in a country seen by many as the natural leader of the modern EU, where there is great concern about educational standards compared with other leading industrial nations, and where pupils, students and employees are placed at a disadvantage if they happen to have been brought up in certain states.

In his TV interview regarding this year‘s conference, the convenor Herr Holter from Erfurt was visibly irritated. He is not the only one.