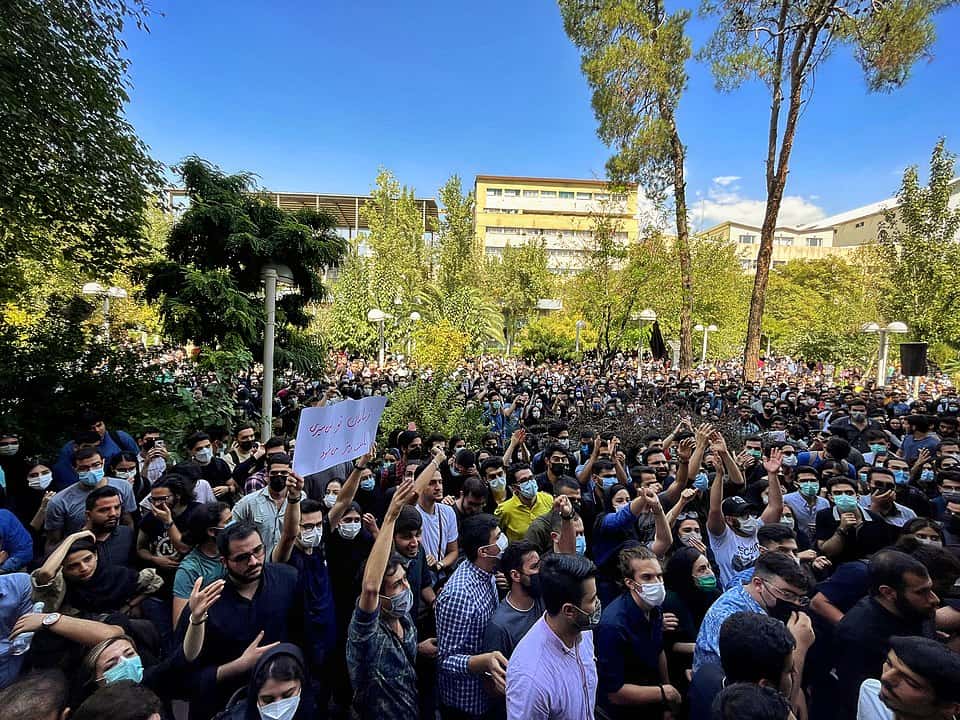 Dirty times for the three authoritarian regimes that currently govern these three old and great civilizations: Chinese, Russian and Persian.

All three are being challenged by large sections of their civil societies, who can no longer stand the absurd constraints imposed on them by their governments. The exasperation of the demonstrators is all the stronger because they know they do not have a free vote to change their leaders.

Democratic societies resemble oceans that are constantly agitated by a small swell. Authoritarian countries are flat seas, which suddenly, in a totally unpredictable way, turn into storms.

In China, the inhabitants of the big metropolises are exasperated by the government’s health policy, which forces them to spend a lot of time in confinement. They have realized that the CCP’s (Chinese Communist Party) zero-covid strategy is absurd. Because you can’t stop a virus. You live with it.

They noticed in the pictures of the World Cup soccer stands that the average spectator was not wearing a mask. They were shocked to realize that they were living in a bubble detached from the world. They realized that the Western treatment of the disease (quality vaccines + collective immunity) worked better than the one imagined by their government.

Chinese students and workers alike are tired of being called “agents of foreigners” when they criticise the absurd health dictatorship of which they are the victims. In Beijing, Shanghai and Wuhan, young people are demonstrating with white placards.

They say: “Do they dare to arrest us for the crime of not saying anything”, fighting state censorship with irony.

It is undeniable that the CCP has achieved a spectacular modernisation of China over the past 40 years. But it has forgotten that human beings do not live by bread alone, that they also aspire to dignity, justice and freedom. When you hide from your people – as well as from the rest of the world – the exact circumstances of the birth of the Covid in Wuhan in the fall of 2019, it is because you do not want to treat them with dignity.

Chinese state television broadcast part of the sessions of the Plenum of the CCP from November 9-11. But this outdated political choreography, in which former president Hu Jintao was led out of the room by gorillas, is no longer convincing the population, the better to inaugurate the undivided rule of Xi Jinping.

In Russia, it is the mothers of soldiers who dare to speak out and who use social networks to do so. They demand that Putin have the courage and decency to meet them, to explain the whys and wherefores of the loss of all these young lives.

Did attacking Ukraine really justify sacrificing the lives of young Russians? Was Zealensky really Hitler? Since when are Ukrainians the enemies of Russians? Was the preventive “special military operation” of February 24, 2022 necessary to protect Holy Russia? Was it necessary to take land from the Ukrainians? Didn’t the Russians already have enough millions of square kilometers to exploit?

Wasn’t the urgency to develop this dilapidated Russia, whose image is not faithfully given by the windows of Moscow and St. Petersburg? Now that the war has failed, that the country is isolated, won’t the price to pay be exorbitant?

to provoke such a debate. But it started it anyway. Deafly. Like wildfire, it has penetrated all sectors of Russian society. And in the face of the scale of the strategic disaster, power is cracking.

The Kremlin did not want to provoke such a debate. But it started it anyway. Deafly. Like wildfire, it has penetrated all sectors of Russian society. And in the face of the scale of the strategic disaster, power is cracking.

In Iran, it was a drop of water that broke the camel’s back. The youth did not accept the death of Mahsa Amini, 22 years old, arrested by the morality police on September 13, for “inappropriate wearing of the Islamic veil” and who died three days later.

Whether or not she was beaten by the police is not the point. It is the moral dictatorship of the mullahs that is no longer tolerated by young people. The more the police shoot and kill demonstrators, the more others come out of their silence. The velayat-e-faqih, the government of religious scholars, is a system that Iranian youth no longer supports.

Iran is held by the “Revolutionary Guards”. But it is against them that the Iranian revolution is developing today.

Absurdity of confinement, absurdity of wars against an imaginary enemy, absurdity of God’s governments on earth. Informed via the Internet, the people are less malleable than their dictators would like. They always end up revolting against absurdity.