At last! Some real experience of doing things from the bottom up 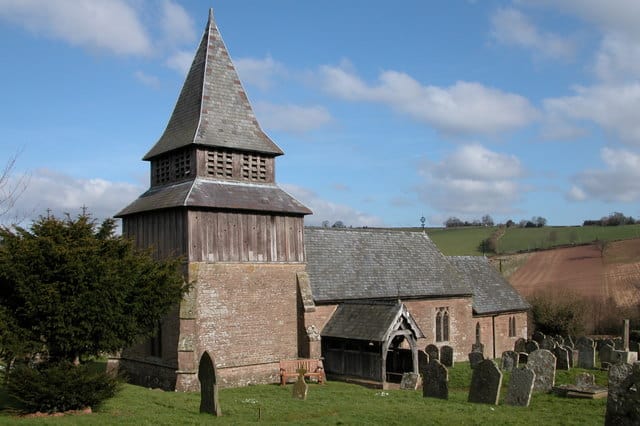 All my pieces on Radix  were written from a bottom up stance. All speculative, imagination about possible futures.  They helped me to develop a mental model which until now has had too little basis in reality.

The coronavirus has changed things.  Out of the blue.  I now have some real practical experiences to write about. The virus has raised awareness of the need to think locally.

I am now engrossed in an aspect of local development, which I see as a pre-requisite of any kind of grassroots development. I have set up a local one-to-many telecommunications system.  Which is the start of a process of local economic development, from the bottom up.

Communications systems drive all kinds of development: economic, social, housing, urban, viruses, personal relationships, individual wealth and prosperity, and so on. Before any kind of development can occur, a relevant communication system must be in place or be planned.

Communications system also undermined development. Building all-weather roads in undeveloped countries destroyed village economies.  Roads and railways enabled the development of sheep farming in Scotland which contributed to the highland clearances and the destruction of the clan culture. In rural areas of the UK, village economies were undermined or disappeared as a result of increasing car ownership. My own village of  Orcop is an example.

Orcop is a parish in Herefordshire with a population of about 450, living in 200 houses. There is a church, two chapels, a public house and a village hall.  A shopping bus to Hereford on three days a week and a bookable community bus.  Most of the lanes are single track with passing places.

Hundreds of thousands of chickens are “produced” in the parish each year, for processing at Hereford. Hundreds of lambs are sent away to market.

Apart from food produced in our gardens, for our own consumption, all our food is bought from outside the parish.  Mostly from supermarkets and garden centres. None is produced for local sale and consumption.

So, Orcop does not have a local economy.

I decided to use an existing one-to-many email group to enable communication within Orcop. In other words, a system which enables any member of the group to send messages to all the other members.  My idea was to enable news to be circulated about local food businesses and deliveries. To overcome the problems of self-isolation.

It did not take long to find businesses just outside the area who would deliver meat, ice cream, organic veg and groceries to Orcop, free of delivery charges.  Also, the Steiner school in an adjoining parish set up a “community kitchen” with weekly free deliveries of bread baked in the school kitchen (now ended because the school is due to be reopened.)

News of this was sent out to the 107 members on the email group.

There is growing awareness that small farms and holdings can produce more food per acre than is possible with mechanised farming.  And it is healthier.

It seems possible that the post-viral economy will force changes in agricultural subsidies. Changes to farm subsidies and inheritance taxes, could make the accumulation of land for ownership, rather than for food production, no longer worthwhile.

Small farms and holdings will once again be able to buy a few acres. Especially in hilly areas like Orcop.

A local economy can then develop. Changing the dependence on buying food from outside the area, to producing and selling it locally. For local consumption and export to nearby areas.

So communication systems are essential ingredients of developing a local economy. There are already lanes and public footpaths and a telecommunications infrastructure in Orcop. The telecoms system is used locally for one-to-one communications. Setting up a one-to-many email group should enable a local economy to develop.

Comments I have received from members of the email group have been positive.

The local ward (Green Party) councillor is enthusiastically supporting the venture, which is important for providing credibility for what I am doing. I have added Facebook and Twitter sites and set up a WordPress notice board to enable members of the group to advertise their doings.  All the software I have used has been free of all charges.  The broadband costs are covered in my domestic line charges.  At present I cannot imagine any need to have “special” software developed.

It is much too early to say whether a local economy, based on food growing and processing, will develop.  We have yet to find out what will happen when the lockdown is lifted.  I have no idea how much formal unemployment there will then be, which is where there is potential for the development of a home-grown local economy.

I hadn’t anticipated reluctance by members of the email group to personally post comments to the group.  They preferred to send me emails, which I then posted to the group.  Maybe this is a sign of a “community” of individuals, constrained by the old ways of doing things. Dependent on others to provide what is wanted.  Or could it be because the idea of having your own food business has yet to be seen to be necessary. Too much like hard work maybe.

I am not yet convinced that the Facebook group has contributed to the development process.  Facebook groups are good at social gossip and spreading local news. Once a local economy becomes established, they may have a role in informal marketing of local products and services.

Twitter sites have similar function to Facebook, but are more oriented to one-to-one messaging.  Again, this may be useful once there is a local economy.

The local notice board is essential.  It provides a static base for information which does not change daily, like messages to the email group.

I have long believed that disparate people only act together when they all agree that something has to be stopped or changed.  When there is a common cause.  Which happened to me in the 1960s when I was a local government officer.  I was confronted by a crowd of around 1,000 people in Southampton Guildhall, threatened by a bus priority scheme I had devised.  Which was then a totally new concept.

Maybe the threat of not being able to get food, triggered by the coronavirus and self-isolation, was enough to get people to join the email group.  Because it reduced the problem.

Will the next phase of the dreadfulness pose threats of redundancies and undermine confidence in the unending payment of private and public sector pensions? Which could spark interest in food growth and processing.

I have read that “the typical pension fund is about 60-65 per cent in shares, with the rest in government and corporate bonds, and property”.  I have also read that “The Bank of England has forecast that the coronavirus crisis will push the UK economy into its deepest recession in 300 years”.  What does this imply for people living in rural areas in the UK?

So, what next for Orcop?  A one-to-many telecommunications system is now established. I believe it will be useful in the post-viral era.

In the meantime, I will keep a lookout for nearby food business and get them to join the group.  And encourage Orcop folk to do the same.  Always emphasising the need for a local economy.

One day, who knows, we might even undermine the supermarkets!