Are we heading for a fourth Gulf War? 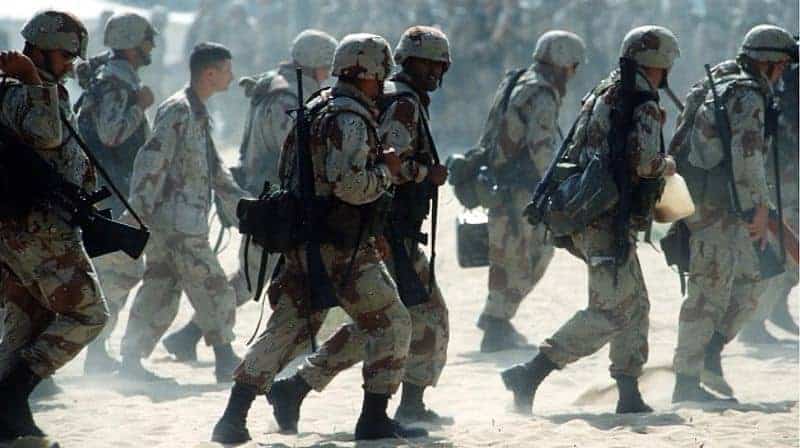 The United States continues its economic strangulation of Iran. The idea is to prevent Iran from exporting its oil, it’s main financial resource, to the world.

On April 23, Donald Trump announced that, in May, Waivers will not be renewed for China, India, Japan, South Korea, Taiwan, Turkey, Italy and Greece.

On November 4 last year, the US president banned oil companies from all over the world, under penalty of sanctions, from buying oil from Iran, but granted exemptions to the eight countries that were at the time the largest importers of Iranian crude.

The date of 4 November was not chosen at random: it is the anniversary of the beginning of the hostage-taking at the US Embassy in Tehran by the revolutionary students of Ayatollah Khomeini (November 4, 1979) . In defiance of the Vienna Convention, 52 American diplomats were then detained for 444 days. The United States has never forgiven Iran’s mullahs for this humiliation (which, fortunately, did not claim any American victims).

The Americans could have thought of forgiving the offense after a missile from the USS Vincennes cruiser mistakenly shot down an Iran Air Airbus on 3 July 1988, travelling from Tehran to Dubai, causing 290 deaths including 66 children; but they never did it.

By depriving the Iranian nation of its main resource, what does the White House seek? The President and his Secretary of State say they love the people of Iran. Through these sanctions, they claim to only want to force the theocratic regime to give up its ballistic missiles.

They also want Tehran to stop interfering in the countries of the “Shiite axis” (Lebanon, Syria, Iraq), and to stop supplying arms and subsidies to the enemies of America’s two great historical allies of the country: Israel and Saudi Arabia.

Which good person would not share the idyllic scenario proposed by Secretary of State Mike Pompeio: disarming Iran, reintegrating the country into the international arena, ending the theocratic oppression of its people? All that remains is to evaluate the probability of the peaceful progress of such a scenario …

Is it reasonable to think that Iran is going to give up the only somewhat effective weapons it has, ballistic missiles? It is a bit like asking Israel or Saudi Arabia to give up their US made fighter-bombers.

Iran has also not forgetten that, encouraged by Washington, the Iraqi forces of Saddam Hussein attacked it in September 1980. This first Gulf war was to last eight years, with the use of chemical weapons by Iraq, but without the slightest condemnation of the aggressor by the UN Security Council.

In August 1990, with no clear warning issued by US diplomacy, Saddam Hussein decided to invade Kuwait. It was after the Sunni Petomonarchies of the Gulf had refused to compensate Iraq financially for the sacrifices made against the Iranian revolutionary common enemy.

At the head of an international coalition, the Americans liberated Kuwait in February 1991, while leaving the Iraqi dictator on his throne, in order to maintain a minimal counterweight against Iran.

This second Gulf War was considered a diplomatic success because it came immediately after the Madrid Conference on the Middle East.

But, after the trauma of the attacks of September 11, 2001, the Americans looked for an enemy to strike that is more significant than the Afghan Taliban. They invaded Iraq in March 2003 (a country which did not have the slightest responsibility for the 9/11 attacks). This third Gulf War created huge regional chaos, the consequences of which are still felt today.

Will the Iranians, rather strangely, submit to the American ultimatum or will they choose rebellion? Are we risking the blockage of the Strait of Hormuz, through which 29 per cent of world oil exports pass? Are we heading towards an exit by Iran from the Nuclear Non-Proliferation Treaty, inevitably followed by a nuclear arms race in the Middle East? Will the Americans then choose Iranian regime change by force?

In view of past experiences, we are entitled to withhold judgement about the US’s ability to manage well the consequences of a fourth Gulf War …