Are wars being shaped and prolonged deliberately? 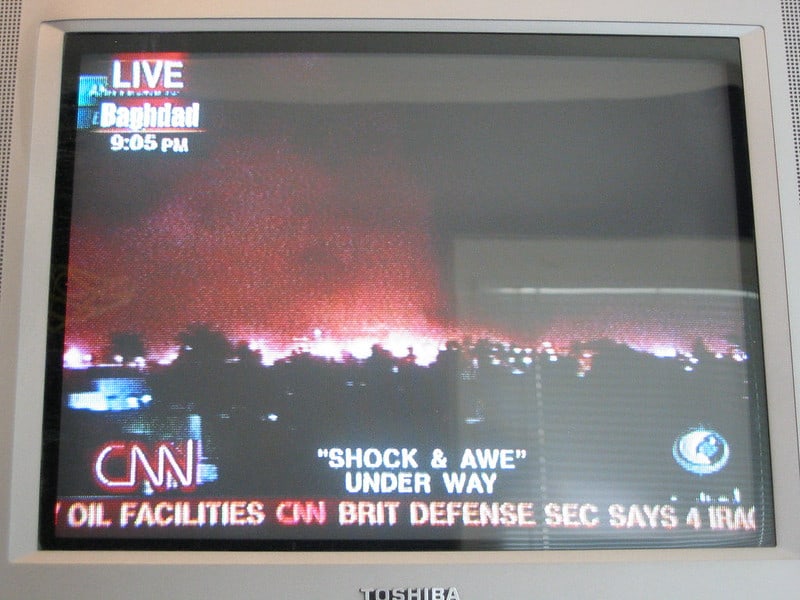 Over the centuries, wars erupted for many reasons; some sensible and some daft, such as the Pastry War, War of Jenkins Ear, and Kettle War. Territorial and economic acquisitions spring to mind, but religious, national, and tribal animosities were and are just as popular.

In recent times, however, wars have regressed into little more than means for consumption and the sale of weapons. Winning and losing is not critical and destruction is unimportant as wars are kept far from the states that trigger the action. Prosperity of arms manufacturing firms nurtured by reliable consumption, sales, and profits is the primary aim.

A steady supply of ‘threats’ and ‘causes’ is essential for the system to work effectively. “We play by the rules, and they don’t”, “we are democratic, and they are not”, “they are about to produce atomic weapons”, “they are terrorists intent on killing us all” are popular battle cries, but anything within reason will do and has been tried.

The circle of beneficiaries is broad, well-entrenched, and highly organised. In addition to arms producers themselves, the lobby includes others such as politicians, academics, and members of the media. That is a fundamental requirement. Making a convincing case for frequent and lengthy wars is an elaborate affair requiring inputs by many well-placed senior individuals.

Occasionally, they have to be ‘economical with the truth’ when required. The Vietnam war for instance was justified to the American public based on distorted facts about the Tonkin incident. (see https://www.usni.org/magazines/naval-history-magazine/2008/february/truth-about-tonkin ). The invasion of Iraq in 2003 was founded on false claims that Iraq had weapons of mass destruction.

These claims were repeated at meetings in Parliaments as well as the United Nations. Those involved in such deceptions, it was later proclaimed, were ‘acting in good faith’ and none suffered any negative consequences as a result. On the contrary, they enjoyed acclaim as well as rewards.

Perks of being in the loop are substantial in material as well as reputational terms. “The eight generals who commanded American forces in Afghanistan between 2008 and 2021 have gone on to serve on more than 20 corporate boards, according to a review of company disclosures and other releases.” (see ‘Corporate boards, consulting, speaking fees: How U.S. generals thrived after Afghanistan’, Isaac Stanley-Becker, The Washington Post 4 September 2021.)

It is of course not fair to focus on military leaders exclusively as the circle of beneficiaries from wars is widespread as well as being obvious. Arms manufacturing companies are both vast and highly prosperous. Costs of modern wars are eye-wateringly high, in lives as well as dollars. Brown University’s Costs of War project reported in September 2021 that US ‘war on terror’ cost $8 trillion, killed about 900,000 people, and created numerous refugees.

Actual war is of course not strictly necessary. Preparation for conflict is just as lucrative. The USA has about 750 military bases abroad. Recent agreements between the USA, Australia, and Britain to provide Australia with nuclear submarines included provision for the USA to create new military bases in Australia a well as the seven already there.

Is all the above a new discovery brought about through diligent academic research or journalistic endeavour? Not at all: it has been understood and discussed for many decades. It was appropriate that serious concerns about the subject were first articulated by a man who managed to get to the top of both the military and political hierarchies.

He was also the president of the most prosperous and most powerful country in the world. In his ‘Chance for Peace’ speech in 1953, President Dwight D Eisenhower expressed his concerns about the growing power of what he referred to as the “Military Industrial Complex” (MIC). He originally wanted to call it the ‘military industrial congressional complex’ but dropped the reference to congress as he thought it might be a step too far!

At base, Eisenhower feared that those manufacturing weapons could come to influence democratic decisions to go to war. Moreover, he correctly predicted that politicians are not immune from influence exerted by weapons firms through campaign financing and negative or positive reporting in the media.

Roll forward a few decades and the era of so-called ‘endless wars’ is seen in full bloom. Each conflict was initiated for what appeared to be legitimate reasons, but invariably ended with no discernible gains. Moreover, each event was later shown to have been based on at least shaky foundations.

Conflict is now a pandemic that is a ceaseless activity. War in Syria began in March 2011 and continues to this day. About six million Syrians have become refugees in other countries while another six million are internally displaced. There are no indications the war might end soon. Basically, it is seen as being of benefit by influential actors on both sides of the global political divide. Syrians might have a different point of view.

War in Yemen was launched in Washington by Saudi Arabia in March 2015 as Operation Decisive Storm.  Saudi Arabia is one of the world’s leading purchasers of weapons. That war, like the one in Syria, is still going on in 2021. About 130,000 people have been killed, including some 12,000 civilians. Arms manufacturers, it is assumed, are not unhappy with the associated consumption of weapons.

By comparison, the 2003 invasion of Iraq was a short affair, but vast quantities of weapons were consumed; some being experimental tried for the first time under battle conditions.

It is now accepted that the supposed purposes for the invasion were incorrect or manufactured. In fact, the invasion was judged to have contravened the UN Charter. A seven-year inquiry was held in the United Kingdom to report on that war. Its conclusions were damming but that it was decided was enough and the matter was put to bed. No one was held to account.

The power of the MIC was even more evident in the USA. There was no inquiry in the USA despite calls for such action. (See the Guardian 9 July 2016).

Conflicts rise and fall with depressing regularity. Theories have been advanced about the locations chosen for conflict, but the explanation is relatively straightforward. Venues are selected to be sufficiently far from the leading powers; USA, China, and Russia, to avoid any possibility of hostilities that could escalate beyond control.

The real purpose behind these wars is hardly ever mentioned. The average person is content to ignore the motivation for his or her country to go to war as long as the conflict does not affect him or her personally. That assumption is of course flawed. Vast spending on wars deflects funds away from other more needy causes.

C. Johnson (2002) in Blowback described in painful detail the impact of wars on the powerful countries that initiate them. Sadly, his message does not seem to have penetrated the bubble that shields the MIC.

More recently, A. Jones in ‘Now Is the Time to Be Angry’ (see Tom Dispatch 31 October 2021) dealt with the subject as it impacts those at the receiving end. False wars for the purpose of consuming weapons cause intolerable harm on both sides of the fence.

At the time of writing, a major conference of world leaders in being held in Britain to discuss climate change. It is to be hoped that in future a similar conference might be called to discuss the substantial power of the Military Industrial Complex to promote and prolong manufactured wars simply as a corporate policy.