Are the new parties going to break through? 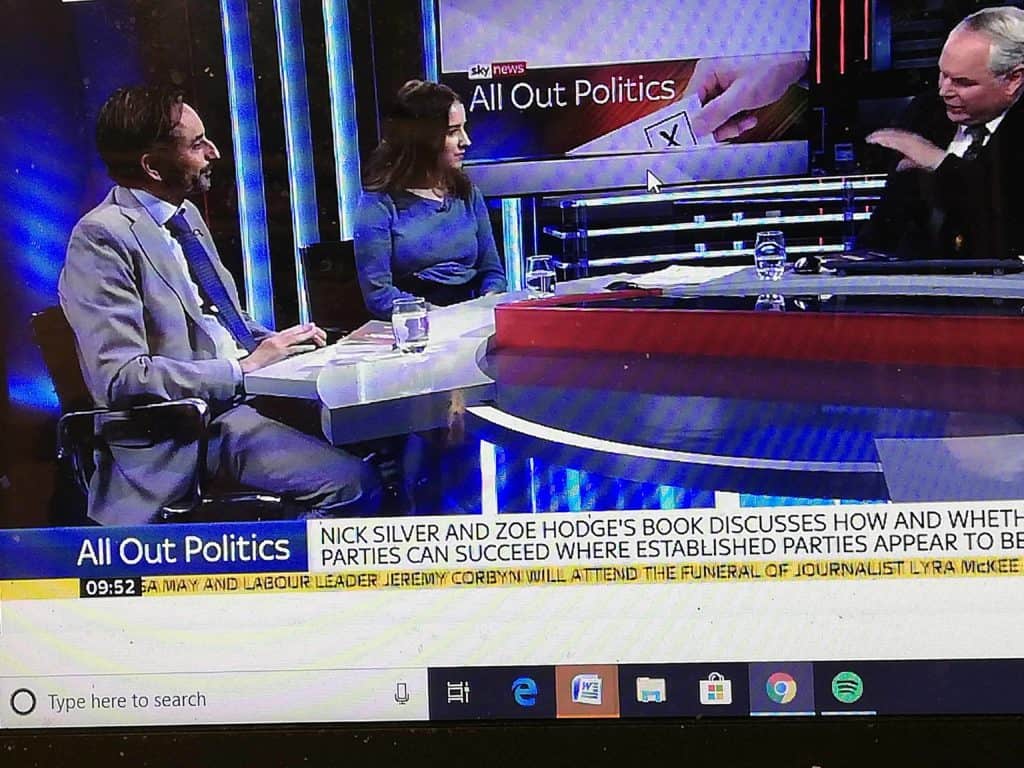 It was a moment which felt, for me, like throwing oneself into the deep end: Nick Silver and I went on Sky News’ All Out Politics to talk about our new Radix publication, A Guide to New Political Movements: How to Do Politics in the 21st Century.   Five minutes is a long time in the sightlines of our inimitable interviewer Adam Boulton; we covered the power of social media, the demand for renewed democracy and whether Change UK can make it in the next elections… Overall, despite my nerves, we believe we did the book justice! Please watch the video of the interview and judge for yourselves.

A longer debate, which perhaps covered more depth than the Sky interview, was held at our event, ‘Revitalising British Politics’, on 23 April. Alongside a short presentation of the book, we heard from Stephen Kinnock, MP for Aberavon, Simon Franks, chairman for United for Change and Tim Bale, professor of politics at Queen Mary, and author of the foreword to A Guide. In fact, it was wonderful to see and hear from our large turnout, who had so many interesting ideas and great enthusiasm. Next, action!