Are the Extinction Rebels too like the Light Brigade? 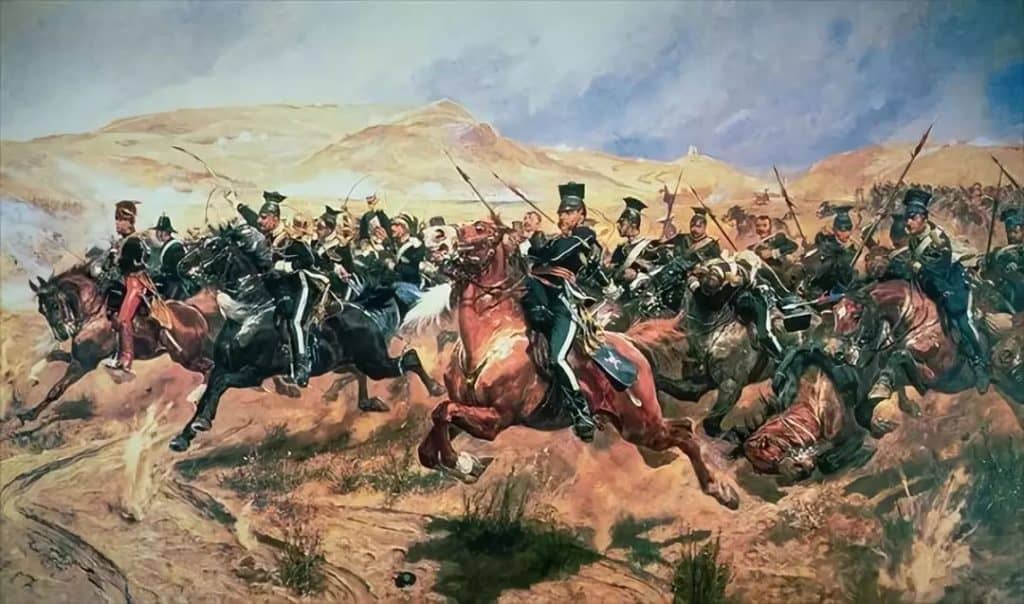 At a recent event I was having a glass of wine with a member of Extinction Rebellion (ER).

He had all the hallmarks of such an activist. Total and utter conviction in the righteousness of his cause, eyes that lit up and gleamed in a childlike manner at the thought of disruption and civil disobedience, and absolutely no idea as to how we could practically address the huge issues that he was so passionate about.

The conversation put me in mind of two previous conversations I had had.
The first was with the late Doug Tompkins – someone who has probably done more, single-handedly, for the cause of preserving biodiversity than anyone else. When talking about activism, he came up with a statement I found unexpected for someone who had actually achieved so much. “It’s not for activists to find solutions,” he said. “An activist’s job is simply to point out the problem.”

The second was a conversation with a policy specialist who used to be in government, but was then in opposition. “The beauty of being in opposition is that you don’t have to come up with solutions. You can just focus on the easy job of criticising and opposing.”

It seems to me that this attitude, bitching about things but feeling zero sense of responsibility to find workable solutions, is becoming much more widespread. Any kind of humility in accepting that major challenges like climate change cannot simply be solved with a stroke of the pen has disappeared.

People feel proud to be disrupting their fellow citizens, causing chaos and, in so doing, enjoying the party. As for doing the hard work of coming up with new approaches that are practically and politically viable, that’s someone else’s job – we’re too busy mounting press-friendly demonstrations.

When I asked my new ER friend what he would advise President Macron to do after a small increase in fuel taxes led to widespread protest and nearly brought the country to a halt, he looked at me blankly. It was as though he had never thought about it; or never expected that he would be expected to have an answer.

When pressed, he responded “We have three clear demands”. Looking up these demands on the website, one cannot help but be dismayed at the banality of it all.

The first is to ‘tell the truth’ – that we have a climate problem. Well, let’s let that one pass. True that a few world leaders, such as one Donald Trump, publicly refuse to acknowledge the issue. But that merely reflects the tribalism and belief system of his voting base. You can rest assured that he would change his views overnight if his base changed theirs. The idea that this is all a simple matter of ‘telling the truth’ is naive in the extreme.

The second demand is “Act Now”. It goes like this: “Government must act now to halt biodiversity loss and reduce greenhouse gas emissions to net zero by 2025”. Perfect. Many of us would wish we could wave our magic wand to make that happen. But how?

Maybe the answer lies in the third demand – the magical powers of Citizens’ Assemblies. Again this seems to be based on the assumption that all citizens think exactly like ER members and would inevitably come up with the desired answers if only they were asked. Citizens are more reliable than politicians in seeing things our way, they seem to be saying. Maybe they even believe it.

My suspicion is that, if such Citizens’ Assemblies were mounted and were actually representative of the whole population, ER might be unpleasantly surprised by what could emerge. They might find that they are better off with the politicians than with the citizenry at large.

I do note, however, that the ‘demand’ that we should meet net zero by 2025 does not seem to have emerged from a Citizens’ Assembly. Maybe what’s good for politicians is not good enough for ER.

Personally, I am on board with the message that we need to do more about climate change and biodiversity loss. And there are many committed and competent people working hard across the globe to come up with viable policy approaches. The reality is that it is fiendishly hard.

Those that reduce the issue to attacking fossil fuel companies or merely a ‘lack of political will’ are living in some alternate universe. Our whole economic and social systems are based on what is essentially and extraction and dumping economy.

Value is extracted from the environment and from people’s labour and transferred to others. The detritus that this process generates is then further dumped into the environment with dramatic consequences.

Tackling these issues requires a wholesale change in our economic and social systems. And that cannot be achieved overnight; nor on the basis of banal ‘demands’; nor with pink boats in Oxford Circus.

The good news is that we are seeing increasing commitments to tackling these issues. Several businesses, most politicians, most policy makers and a large number of committed NGOs and think tanks are coming up with practicable approaches. Renewable energy sources have soared as prices have come down, kick-started by early government support. Other initiatives are gaining traction.

Even the financial system, that bastion of short term venality, is starting to change. There are still huge gaps – particularly relating to biodiversity loss and the huge issues associated with modern agricultural methods. But there is much work being done on that too.

My fear is that initiatives like ER, while well-meaning, may well backfire and make tackling the issues harder. We are already seeing many people turning against them following disruption of public transport systems – exactly the sort of travel they should be encouraging rather than disrupting.

And other groups are now mobilising in response. In Germany, car drivers have now mobilised to counter ER attacks. Germans love their cars and their belief is that car drivers can mobilise a lot more voters than ER ever could. They may well be right. If the hornet’s nest is disrupted too carelessly, others will eventually mobilise too.

The danger for ER and similar outfits is that their efforts will turn out to be like the Charge of the Light Brigade: spectacular and impressive but ultimately futile or counterproductive. Protest and awareness-raising are essential, but they can only ever be part of, not the whole, solution. And they have to be measured, credible and well thought out if they are to be effective.

Hopefully it will not turn out also to call to mind the final part of his statement: “C’est de la folie”