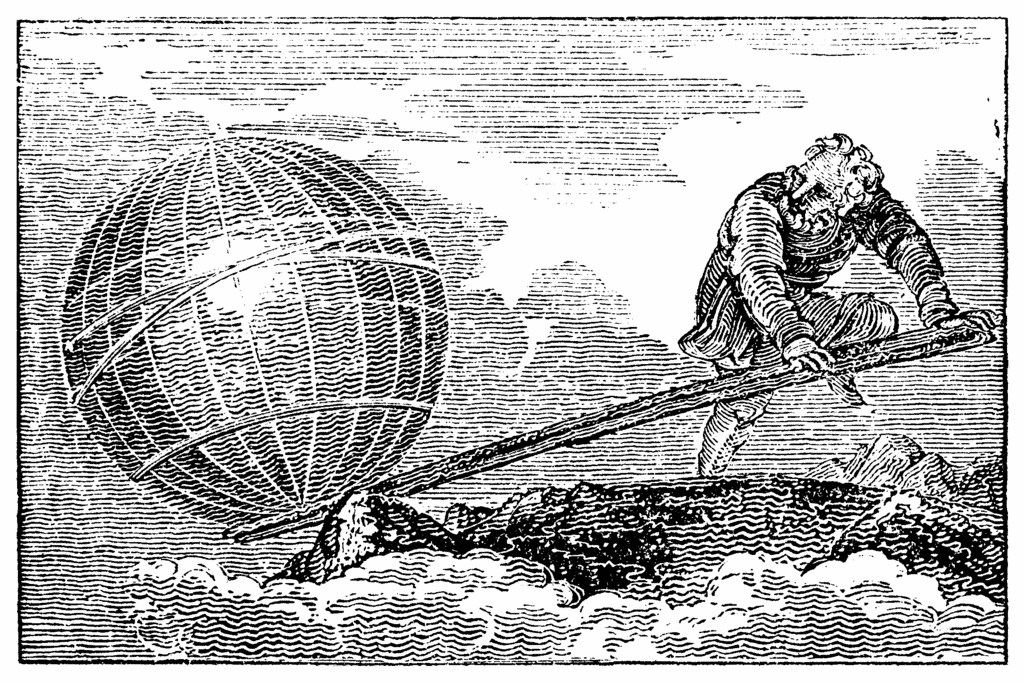 First published in Plan A+ https://peteirvine.substack.com/

Archimedes once said: “Give me a lever long enough and a fulcrum on which to place it, and I shall move the world.” If we found such a lever and fulcrum and moved the world farther out from the sun we could stop climate change in its tracks.

This is obviously impossible but by leveraging the properties of very tiny particles, known as aerosols, we have a practical means of achieving the same kind of cooling effect.

Imagine we have a cube of white stuff a metre across. This white cube will cover 1 m2 of darker surface, reflecting some light and helping to cool the planet. Now, the Earth is rather large, so we’d need a lot of these cubes to make a difference. However, if we cut our cube in half across each face, we’ll get 8 cubes half a metre across, and these will be able to cover 2 square metres. By halving the size of our cube, we’ve doubled the area we can cover. If we halve our cubes again, we’d double their area again. And we could do that again and again and again. If the cubes were cut up into pieces 1 millionth of a metre across, we could cover 1 million m2 with the same amount of stuff!*

This is the idea that’s at the heart of the one and a half solar geoengineering proposals that have the potential to arrest global warming in the coming decades.

First and foremost is stratospheric aerosol geoengineering†. The idea is to release millions of tons of tiny aerosol particles (or their precursors) into the stratosphere, a stable layer of the atmosphere about 20 km up (60,000 ft). This would create a persistent, thin haze that would reflect 1% of light back to space and cool the Earth.

There is no doubt that this will work as volcanic eruptions give us a clear natural demonstration of this effect. The most powerful eruptions, like Tambora 1815, Krakatoa 1884 and Pinatubo 1991 all pump millions of tons of a compound known as sulphur dioxide into the stratosphere where it goes on to form tiny aerosol particles around about the perfect size to reflect light back to space. While Pinatubo had a significant cooling effect of around 0.5 °C for a year or two, you’d be forgiven for not noticing its impact on your day-to-day life . Tambora on the other hand caused such a large reduction in temperatures that 1816 was known as “the year without a summer” .

The other global solar geoengineering proposal that has some potential is marine cloud brightening. Here the idea is to spray very, very tiny sea-water particles into the underside of clouds to make them more reflective.

Clouds are made of tiny droplets of water and just like the white cube we discussed earlier, if you take the same amount of water and split it into smaller droplets you will reflect more light. Now, water isn’t too keen on forming into droplets on its own, it usually requires a helping hand to get started. Most water droplets start by forming around another even tinier aerosol particle. By increasing the number of these tiny seed particles, known as “cloud condensation nuclei,” marine cloud brightening would spread the water in the cloud over a larger number of droplets and increase the amount of light they reflect .

While stratospheric aerosol geoengineering is certain to work and has the potential to offset all future warming, Marine cloud brightening’s cooling effect is much less certain and would be much weaker and patchier. There are many more solar geoengineering proposals out there, but as I’ll explain in later posts those either don’t make sense, are infeasible, or could only operate on local scales, so we really only have these one and a half options and they both depend on the light-reflecting power of tiny aerosol particles.

Archimedes teaches us that with a lever a weak person can magnify their strength to shift a great weight. While we can’t move the Earth farther from the sun, by leveraging the physics of tiny aerosol particles we can still cool the Earth.

* The simple maths works up until around the wavelength of light (~0.5 micron) where things get more complicated. If you go much smaller than that, light only weakly interacts with the particles and they lose their reflective power.

† Much more on this later.

To read more on solar geoengineering see Plan A+ https://peteirvine.substack.com/

Lecturer at UCL Earth Sciences focusing on evaluating the potential, limits and risks of solar geoengineering, as well as its broader implications.