The antidote: education in history and citizenship 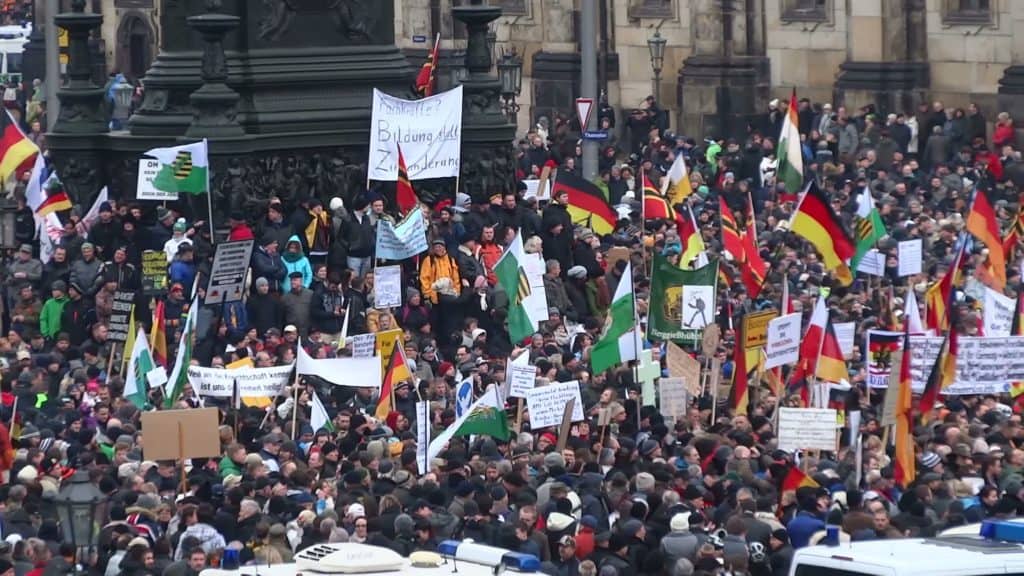 In a recent, outstanding article for The Guardian, Gary Younge argued that the “fantasies” of Brexit may have been in part propelled not only by a historical sense of exceptionalism related to the Second World War, but by a sense of British gloriousness and independence drawn from the imperial era.

An inability to confront Britain’s position in the post-WW2 world and particularly in the post-colonial era has led to the hubris of Brexit, and may lead to the humiliation which follows Brexit.

But Britain is not the only country suffering a crisis of historical understanding and education. On 3 February, in the beautiful city of Cottbus, near the border of the Bundesland Brandenburg with Poland, two opposing demonstrations faced one another – one calling for more tolerance and integration of refugees, the other, led by Zukunft Heimat (and supported by PEGIDA) calling for a halt to Frau Merkel’s policies and “Terminus for Multiculturalism”. It was an ugly scene. There have been violent attacks in the city in the past weeks, including stabbings.

Not all refugees are delightful people. Some are traumatised and trauma can lead to violent, troubled actions. Some are simply despairing of being alone, “othered”, of not finding work or a stable home. Some, indeed, may be more “hard-line” Muslim who struggle with the tolerance, equality and openness of German society. But the vast majority are lost, far from their original home and seeking a new beginning. And many Germans welcome them and help them to integrate.

So why is there such resistance to and hatred of non-European foreigners in parts of Germany, and why particularly in the East?

The answers lie, perhaps, in a positive and a negative. The positive centres on the way that Germans see their own society: essentially rather uniform, cohesive, conservative but tolerant, Christian-inspired, be that Catholic or Lutheran (remember that CDU stands for Christian Democratic Union) and strong on areas such as equality and the rule of law.

A large number of outsiders arriving from countries whose cultural perspectives may be different from that of Germany therefore represent a concern to many Germans. When, occasionally, lone men with a Muslim background harass German women, or a ‘rogue’ refugee who is ISIS in disguise attacks Germans, this can be taken out of context.

The refugees are now seen as a danger to German society – this can be countered by education, a clarification of facts and statistics. There seems nothing wrong to me, by the way, in insisting on certain standards of behaviour and respect for laws and customs. If a foreigner wishes to integrate, whether a voluntary migrant or refugee, such things are de rigueur

There is also a negative, which stems from education and experience. Look at a map of Germany before reunification and a map of the current political status of the AfD, the far right of German politics. The territories where AfD is most strongly represented almost entirely overlaps with the former East Germany.

This is not surprising. Growing up in the former West Germany, the original Bundesrepublik before 1989, I too was confronted at an early stage with the historical imperative of tolerance, liberal attitudes and internationalism, the historical ‘obligation’ stemming from the war, which served the old Bundesrepublik so well as it sought to repair the reputation of Germany and the Germans.

This didn’t just happen accidentally. It was part of school curricula, part of the mainstream media. It helped, in part, in the acceptance of the Gastarbeiter, the foreign workers from Italy, Yugoslavia and Turkey particularly, who streamed to Germany in the 1950s and 1960s to fill labour shortages and then decided to stay on and form new German families of non-German roots. Many of their children can be found in the upper echelons of politics and the media, medicine and law.

But to grow up in the former East Germany would have been a very different experience. The Nazis were “them over there”, the right wingers who were not crushed in the Federal Republic, even reappearing in politics. While in the Communist east, the workers and peasants’ state focused on building the new paradise, not on coming to terms with the past. Intolerance of reactionaries rather than tolerance of alternative perspectives was the order of the day.

While, exactly 50 years ago, Rudi Dutschke and his colleagues were calling for societal renewal in West Germany, any such moves in the East were ruthlessly crushed. As for foreigners – the occasional Cuban exchange student, a Vietnamese here or there and of course Russian ‘friends’. But no waves of Southern Europeans or Turkish migrants. No historical imperative for tolerance, understanding and integration.

What remains in the modern East German Bundesländer like Brandenburg, Sachsen and Mecklenburg-Vorpommern is a peculiar, somewhat toxic combination of historical factors: a yearning for a lost identity (these Länder are generally the poor brethren in the modern Federal Republic), a lack of thorough and embedded historical perspective about the terrors of the far right nationalists and nativists, so prominent in Western education, and a lack of experience with people from cultures different from one’s own.

I have argued in a previous article that to dismiss concerns about migration as uneducated xenophobia is naïve. The radical centre, currently rather absent in Germany, needs to find reasoned, positive responses to the concerns especially of older Germans about the large influx. It would help to stabilise the migrants: what future for them without work, language, schooling and families? The first generation may always be ‘foreigners’ – but their children will be productive, proud Germans. Just ask any of the leading politicians or journalists of Turkish or Italian descent.

The Northern Ireland Protocol: Moving towards a solution?

Towards a new, radical citizens’ Britain

Merkel versus Johnson, a grim inevitability?