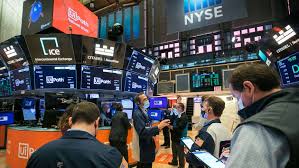 Budget days are hard core politics wrapped in economics. They are the embodiment of that important but now less used term – our political economy.

In his Autumn Statement last week, Jeremy Hunt had an almost impossible job to do. He had to stop the negative cascade created over several years.

It started with the financial crash in 2008, followed up with the short-term economic impact of Brexit, the Covid 19 pandemic, rising inflation driven by a number of factors not least of which ultra loose monetary policy that went on for too long, the prospect of ever higher interest rates if inflation persists, a looming recession and, maybe most damaging of all, the plummeting credibility of the UK following the Truss/Kwarteng ‘mini-budget.’

This is a nightmarish list of issues to have to try to deal with. And Mr Hunt did remarkably well in the circumstances.

He offered up significant fiscal tightening that reassured markets and will, hopefully, now deliver a degree of stability in bond yields and the value of the pound. He also ensured that such fiscal tightening falls mainly on those who can most afford it and that it will not bite significantly until 2025 and later.

Not only does this, politically, push the burden on to the next government, it also avoids any significant impact on households over the next couple of years thereby hopefully shortening the upcoming recession.

Maybe his greatest political success has been in forcing the opposition Labour Party to declare that, apart from some minor and largely irrelevant tinkering around the edges, they would need to stick with the outlines of the Autumn Statement should they win the next election.

In other words, he has forced the opposition into a position of having nothing different to offer when they ask for people’s votes in the next election.

There has been criticism aplenty of the Autumn Statement – what’s new? Yet, given the scale of the task facing the Chancellor, it is hard to imagine anyone having done any better.

The idea that higher taxes automatically equal low growth and vice-versa is simplistic to say the least.

Of course, Hunt’s Statement is but a first step in what will be a busy eighteen months for the government. Having calmed the markets and administered some delayed release bitter medicine, the next task is to turn the public mood from one of a sense of decline to one of optimism about Britain’s future.

Hunt has already hinted that improved relations with Europe is a priority. What form that will take remains to be seen since neither major party will want to touch any idea of ‘rejoining’ – whether that be the Single Market or the Customs Union.

It has to start with sorting out the Northern Ireland protocol – on which both sides seem more open to compromise that was the case a year ago. Then one can go from there.

There are, however, two major issues that will need further attention. The first is how to get more people into work. This issue is well-recognised but the solutions are not obvious.

The second, less talked about, is how to get British industry to be better managed, become more productive and increase its levels of sustained investment.

And how to get the UK’s huge financial services industry back to delivering on its mission – to provide the finance needed for British economy to thrive rather than what is currently the case – a finance sector extracting more money from British industry than is being put in to support growth and investment.

The degree to which policy intervention can drive such changes is up for debate. The government can certainly cajole, nudge and persuade, maybe twist some arms, and provide incentives. But ultimately it is up to industry and finance to step up.

Whether they will or not will, in large part, determine Britain’s economic future.